Happy Easter! Just this morning I said to Keith how it’s amazing that the first quarter of 2018 has almost gone already. So much has happened in three months I thought I’d do a quick review of my year so far.

Before I start I will ‘fess up and say that the idea for this post has been TOTALLY stolen from the lovely Liz of What Lizzy Loves who has just published a post about her story so far and reflections on 2018 – I wasn’t sure what to write/share for today’s post and her post gave me the idea to do my own version. I even write with her permission to do so… to ask is always the best way.

So far I haven’t really noticed it’s a bank holiday apart from the (nice) fact that Keith’s home. In fact he’ll be home from work all next week as well, which he didn’t actually tell me until yesterday morning (husbands, eh?). It’s his birthday on Tuesday and I thought he couldn’t get the day off work, let alone the whole week, so we’ll have to think of something to do when the weather is predicted to be wet and cold. Pub lunch in the warm with Riley at our feet is probably going to be the way we go!

Easter Sunday is doubling up as the monthly birthday party in our family – since my nieces started having partners and kids the family has grown exponentially, and nearly EVERYONE seems to have a birthday in the spring. Last year we started a new, very practical tradition in the family whereby we simply have one party a month for everyone with a birthday in that month, rather than a mini gathering/party for each person. We have six birthdays to celebrate this Sunday (it would be seven if my nephew wasn’t away at uni), so a large birthday cake AS WELL as Easter eggs is on the menu.

Or there had BETTER be eggs, I should say! 😉

My year in review so far: Home

One of the most significant things that’s happened already this year is the fact that we went from thinking about moving house (actually it was my mum’s suggestion) to putting our house on the market to finding our perfect home all in the space of a few months. The house went on the market a week ago and although we’re working on a few little DIY jobs still, it’s now spotless and ready for viewing. We have a couple of viewings lined up for next week and we’re really, really hoping to sell it as quickly as possible. We’ve been in this house for 14 years and have practically gutted every room – here are a couple of before and afters (it’s amazing to think we saw the potential this house had when you look at the super icky before pictures)!

The living room before and after: 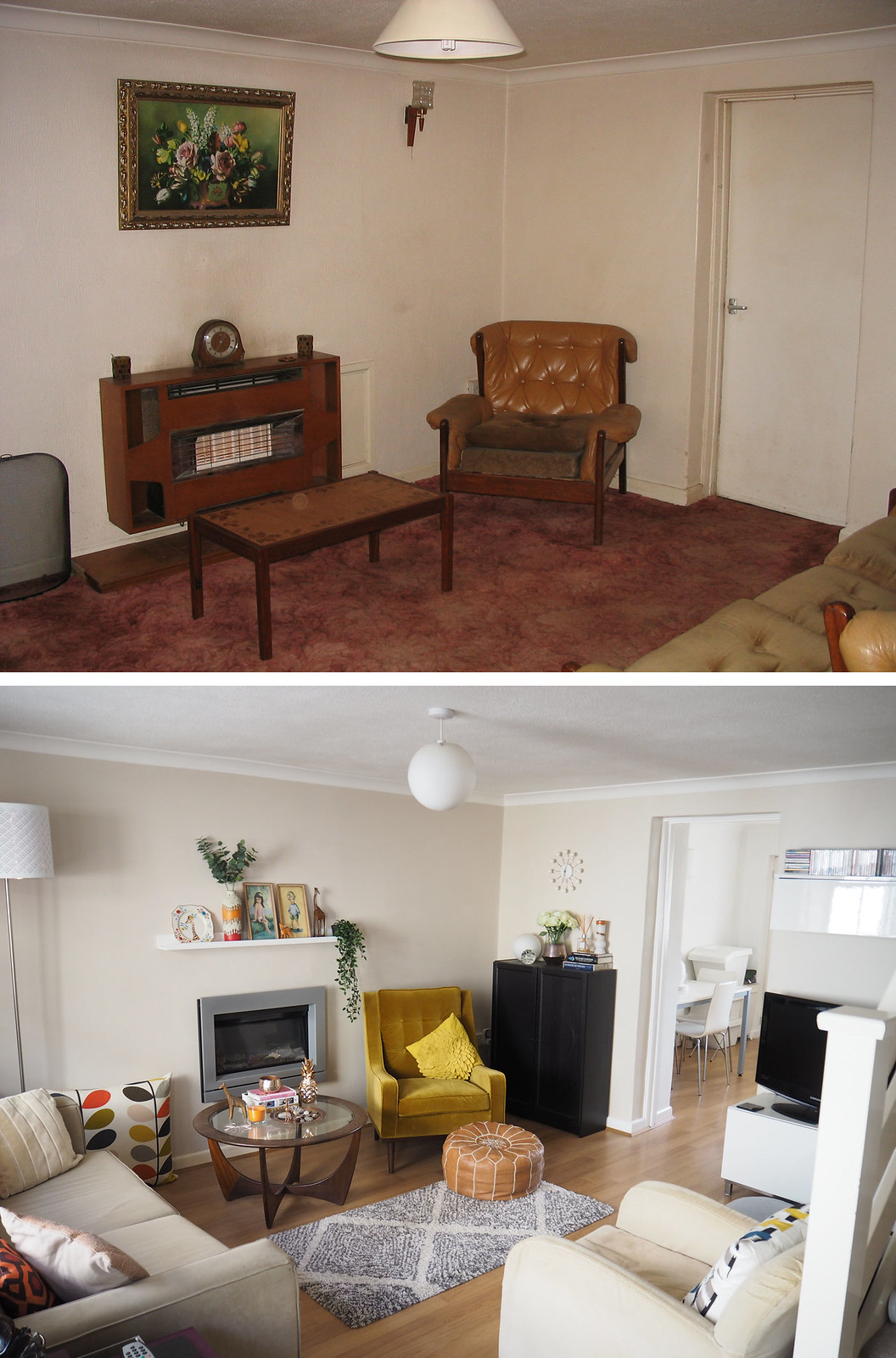 and the kitchen before and after: 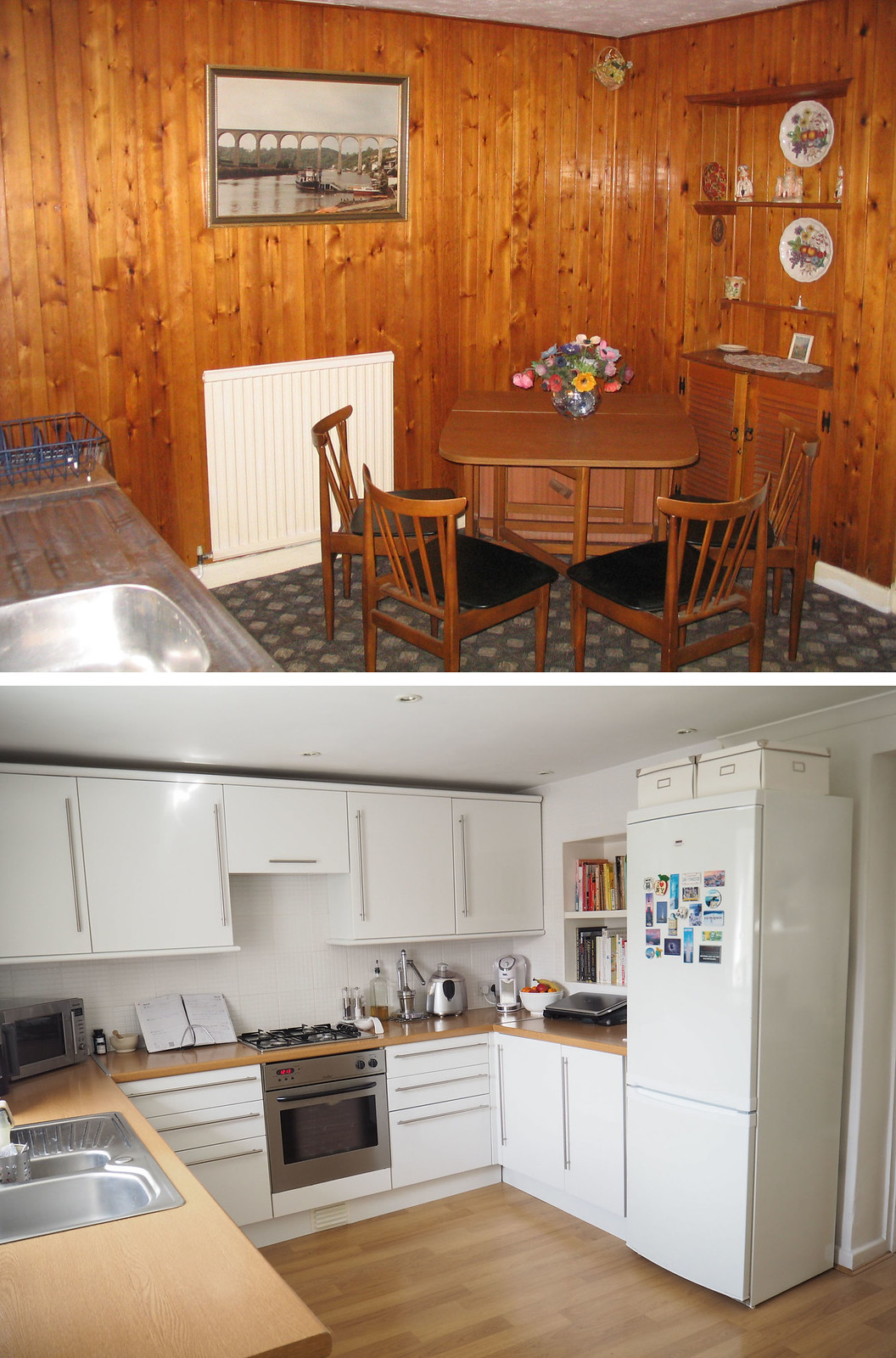 I’d forgotten JUST how horrific the house was when we moved in!!! We’re actually really proud of the work we’ve done but it’s definitely time to move on. We only intended to do it up over the course of two or three years, then sell… turns out we loved the house a lot more than we thought we would. But we need an extra bedroom, a bigger garden, more space generally, and to be in a town with more going for it. So we’ve seen a new build that we absolutely love – we just need to get an offer on ours before we can put in an offer on the new one.

If you know of anyone who’s looking for a two bed terraced cottage in mid-Devon, let me know…!

Quick question: Would any of you be interested in the occasional post about interiors at all? It’s something I’ve never done on the blog but am thinking of doing, especially as we’ll be moving. Let me know your thoughts.

My year in review so far: Career

After the crazy year that was 2017, one of my goals for 2018 was to work less and charge more. After writing last year about knowing your worth and not underselling yourself, it was time I started to take my own advice and not take on too much and for too little. I have been saying no to loads of paid jobs (and of course to unpaid ones as well!) if they’re not willing to pay me my full rates (no more discounts, I think I’ve worked long and hard enough on this blog not to offer lower rates any more). Although my workload is still heavy, it’s manageable. I’ve already either just completed, or am about to complete, campaigns for Marks & Spencer Beauty, Specsavers and Clairol this year. That averages out to about one a month, which, when you add in smaller jobs like Instagram posts, is a very sensible amount of sponsored work to take on. Let’s hope this year continues as it has started.

The tax year ends on 5 April and I’m pleased to say that it’s been the best year by a long, long way for my career – I’ve finally not only surpassed was I was earning in my last job as a sales and marketing manager but I’ve almost doubled it. It’s meant we can move at LAST because the extra income has made a huge difference to how big a mortgage we can get. To say I’m proud of what Keith and I have achieved in six and a half years (as my photographer and all-round supporter of the blog it’s his baby as much as mine!) is a huge understatement.

I also finally migrated from Blogger to WordPress and it’s been the best decision I’ve ever made. It didn’t take long to get used to WordPress’s interface at all, it was 99.9% hassle-free (if you’re thinking of migrating don’t do it yourself, get an expert to do it – it doesn’t have to be expensive!) and there are so many better features and options. It was the best £95* I ever spent on the blog.

*this was a sale price for pipdig’s migration service – it’s usually £145 but it’s on sale AGAIN for £95 (at the time of writing) so buy now and migrate at a time that suits you!

Finally I was SO pleased and proud to have been shortlisted for the UK Blog Awards for a fourth year in a row. The awards night is on 20 April and I’ve yet to work out what to wear – normally I have it all sorted by now! I have absolutely no expectations about winning for a second time – I really can’t see that happening – so maybe that’s why I’m more relaxed about what to wear… I’m not expecting to have to find a potential “winner’s dress” this year. I might go vintage again. Any ideas, anyone?

My year in review so far: Health

This was one of the big things that happened: my operation. On 15 January I had keyhole surgery to remove a cyst in my pelvic region that had been pressing on nerves connected to my leg and causing severe leg pain for two years. My recovery was really swift and everything seemed fantastic for several weeks, but I will now admit that something’s not right with my leg. For the past couple of weeks I get a really tight leg – as if the muscle at the back have seized up – first thing in the morning. If I’m not careful when I stretch myself awake I can pull the muscles and get what feels like severe cramp (I did do it one time and oh my GOD the agony), and it takes a while for my leg to relax. So it’s not the same pain that I had before, but it’s definitely not right. 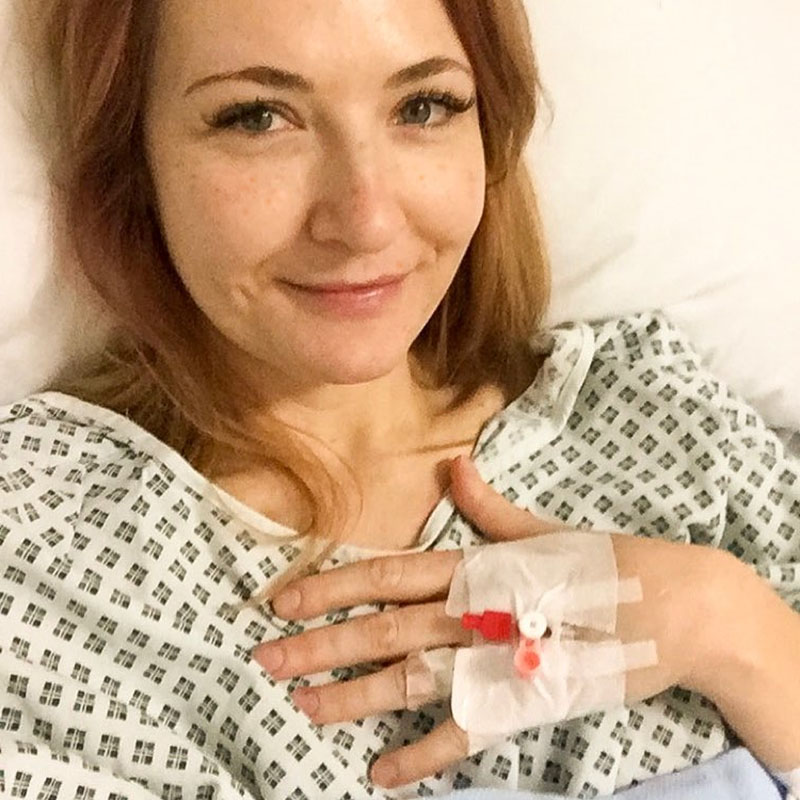 Now that we’ve mostly finished working on the house I’m going to phone the hospital and book an appointment to see the specialist about it; I will get a check-up appointment arranged for me anyway in due course as part of the recovery but I need to get this checked out as soon as possible. Just as I thought it was all sorted…! #ScowlingFaceEmoji

Exercise: Hmmmm. As soon as I was able after the operation I started to exercise once more, then for some reason it all dropped off again. I hadn’t yet got myself back into it as a habit within my routine before my leg started playing up. I only have myself to blame – this is something that needs to change ASAP!

My year in review so far: Loved ones

This is the bit I don’t like writing about, though things are looking brighter considering… Keith and the rest of the family are fine thankfully, but last month Riley was diagnosed with a malignant tumour in his rear end and we were absolutely devastated. The vet couldn’t give us an exact time of how long he had – she estimated a few months – but we had to prepare for it being just a few weeks. Then again he might last a year, there’s never any way of knowing. It all depended on how fast the tumour was growing, which we couldn’t tell until his first monthly checkup which he had this week. I’m pleased to say it hasn’t really grown that much bigger, so it seems it may have been slowly growing over time rather than being a fast-growing, invasive tumour. He’s on regular painkillers which seem to be helping him a lot – as the vet said, he’s an old boy and the usual aches and pains that we all get as we age may well have been eased by the painkillers (how wonderful for him)! He’s as well as can be expected under the circumstances and we’re simply making the most of all the time we have with him. We’re desperate to move in time for Riley to see and enjoy the new house and garden, we just hope we still have him by the time it happens. We don’t have grass in our garden and seeing how much he loves roaming around gardens with grass made us realise we wanted a bigger outdoor space for him.

Crazy the lengths we go to for our pets, isn’t it?

WHAT’S BEEN THE HIGHLIGHT OF YOUR WEEK (or your first quarter of 2018) THAT YOU WANT TO SHARE? TELL ME IN THE COMMENTS!

P.S. Notice how I didn’t talk about the snow?! Some things make me too cross to even mention!!!!!

Thank you for joining the #SaturdayShareLinkUp! Designed to allow you to share anything you like on ANY topic, it goes live every Friday at around 8-9pm UK time and will stay open for a week. You can share blog posts or Instagram posts, old posts or new posts, and link up as many as you like.