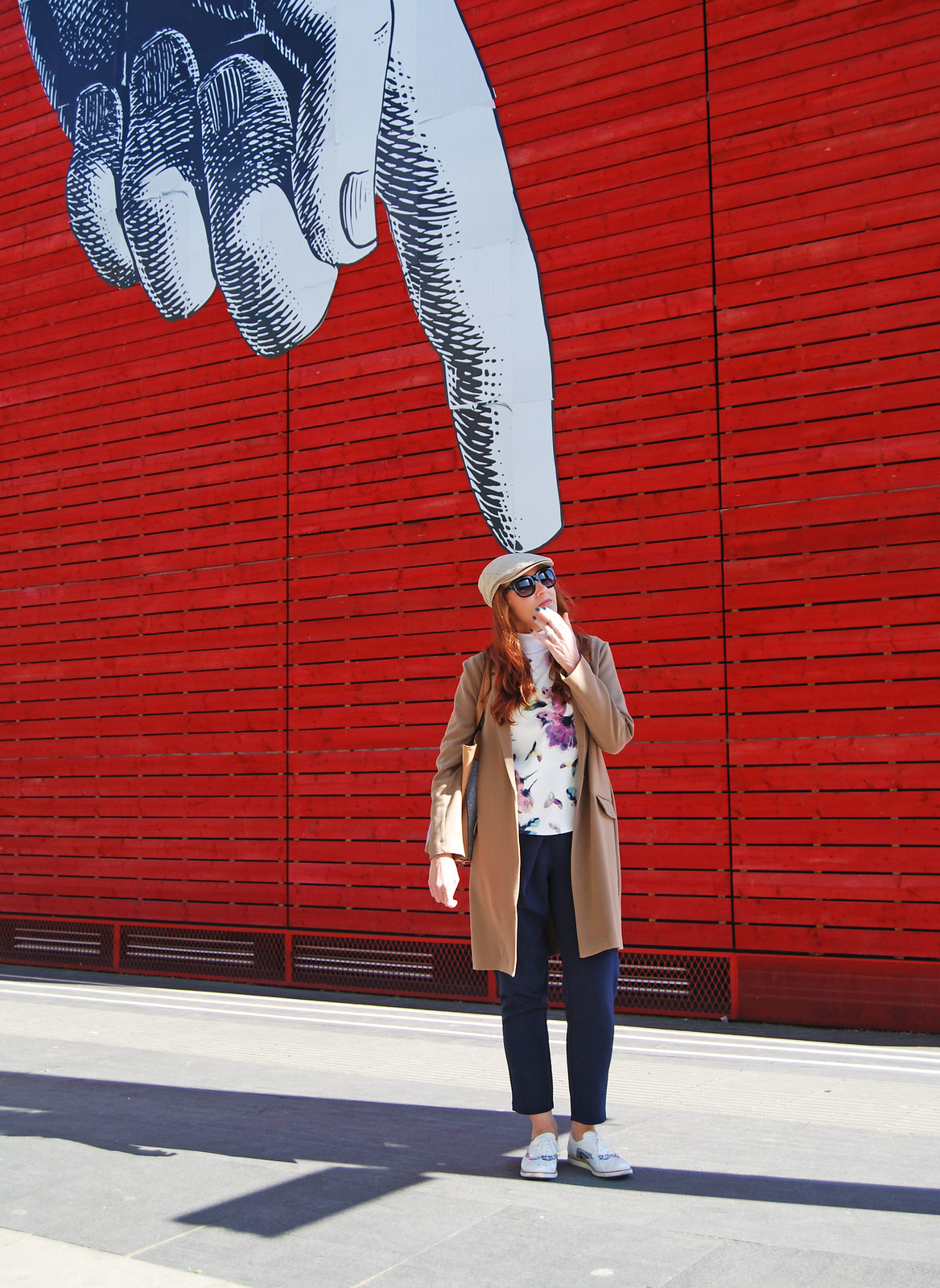 Announcement: We’re moving house (or are in the process of looking to move). The scary thing is that would never be happening at all if it weren’t for someone else’s advice and it becoming the best idea I never had.

Moving house has been pretty much the only thing on my mind this week. But I have to admit it was never my idea, or Keith’s – it was actually my mum that suggested it. And now it’s weird to think that neither of us thought of this idea because now we are DESPERATE to move house.

It goes to show that sometimes all you need is the seed of something planted in your head for you to be taken to places and prospects and ideas that you might never have had yourself. A little push or a suggestion or a You know what I’d do if I were in your position, don’t you… is all it takes to turn your life around for the better.

So, to backtrack: We live in a small, but cosy, two bed terrace town house. It was our first purchase together and we thought we’d take two or three years to do it up and then sell it on.

The long-term plan that we then hatched a couple of years ago was to move back to the South East because we’ve realised (after 14 years…) of living in Devon that country living really isn’t for us. Both of us are born-and-bred London/South East kids so we rather miss the noise and the bustle of city living. And as much as we love our little home, we have really, REALLY outgrown it. We have no space: We want a bigger garden (for Riley as well as for ourselves), a third bedroom, a proper office for me now I’m a fully-fledged working-at-home professional, and parking at least in the vicinity of our house (rather than having to park two streets away during the day due to restrictive parking and getting endless parking tickets #grrr).

My mum was just making a suggestion, but to be honest what it really was was advice from one much older, wiser and more experienced than myself.

However those of you who know UK house prices will know that to move from the South West to the South East is the “wrong” way to go financially… it may have been our dream to go back but GOD KNOWS when we would ever be able to afford to move there – we wouldn’t be able to buy even a garage in the South East for the price we’d get for our house. So, a dream it remained. And so did our dreams of moving to something bigger because when could we afford it? Our heads were stopping our hearts from taking a chance in life and thinking of other solutions to the problem.

I’ve had a great year business-wise where the blog is concerned (probably a lot to do with my UK Blog Awards win last year) and so things were looking up in terms of savings and borrowing money. But in one of my chats with my parents – where I was probably YET AGAIN moaning about how long it might ever take us to move back nearer London – my mum said to me, Why don’t you just move somewhere down here in the meantime?

The light bulb moment – the best idea I never had

And that was it – just a few words that made the light bulb go off in my head. She gave us an idea that for the life of me I don’t know why we hadn’t thought of it ourselves.

That idea made us think of all the possibilities that it could bring – a new town that we preferred (we’ve never truly liked the town we live in, but it was all we could afford as first time buyers 14 years ago), a three bed as opposed to a two bed so I could have a proper office, a bigger garden so that Riley will have space to roam in (and something with grass rather than just gravel and patio)… so many advantages. And it would be affordable to stay in the same region.

What I’m saying is be open to advice from other people. My mum was just making a suggestion, but to be honest what it really was was advice from one much older, wiser and more experienced than myself (who had recently just made the difficult decision to move house herself). We still don’t know why we didn’t think of it ourselves, but tomorrow I’m taking Keith to see a new build I went to see on a whim last Friday and FELL IN LOVE WITH. New builds were most definitely not on our radar, but they were having an open house day so my mum and I went along just to be nosy, to be honest.

And of course now I’ve seen the house of my dreams (well, my dreams in terms of affordability, at least) and I’m so sure Keith will love it too – we’re seeing it together at 9:30 tomorrow (Saturday) morning. Hopefully I’ll get it up on my InstaStories if you check them out within 24 hours after 11am Saturday.

All the best decisions…

We decided to move house after my mum that suggested it.

We can afford to move house because I’ve had a great year career-wise and that’s partly due to my UK Blog Awards win, and I only entered again because my lovely friend Michelle insisted I entered for the third year in a row. (That wasn’t even advice, it was a command 😉 .)

And I only blog full time because another friend suggested I have a go at it full time – before her suggestion there was NO WAY I was ever, ever going to become self-employed and lose the security of a 9-5 job. Funny how your opinions change when OTHER people suggest things to you.

All of these things (and more in my life) have come about because I’m always open to other people’s advice and ideas. All the ideas I never had, in other words. We may think we know the best way forward for our own lives but sometimes other people know us better than we know ourselves.

I just hope with all my heart Riley is still around when we finally move – it’s crazy to think that making life more wonderful for a very old dog who’s been given a few months to live is a reason to move as soon as possible, but my god would it make us (and we’re very sure him) really happy.

HAVE YOU EVER BEEN SUPER GLAD THAT YOU TOOK SOMEONE ELSE’S ADVICE? SHARE YOUR STORY IN THE COMMENTS!

Thank you for joining the #SaturdayShareLinkUp! Designed to allow you to share anything you like on ANY topic, it goes live every Friday at around 8pm UK time and will stay open for a week. You can share blog posts or Instagram posts, old posts or new posts, and link up as many as you like.