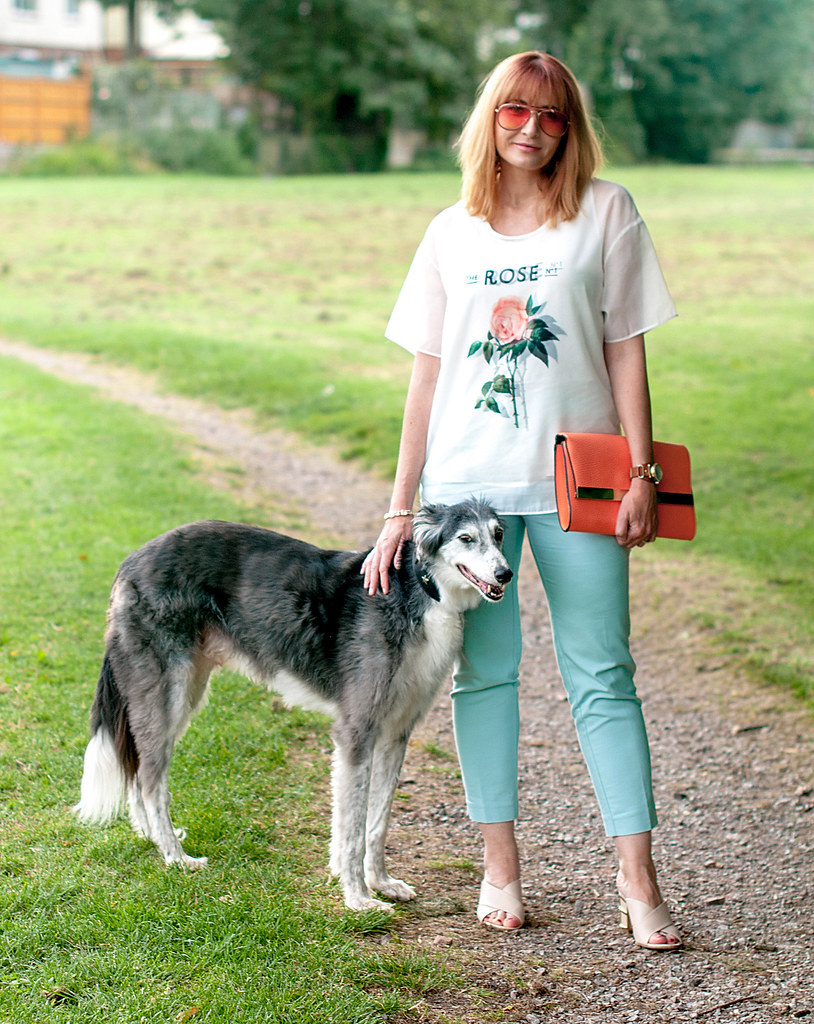 This was a post I really hoped I wouldn’t have to write. It’s the bad news we didn’t want to hear.

In Monday’s post I mentioned briefly that we’d had a tough weekend with Riley being unwell and that we had to call the emergency vet. Several trips to the vets this week and one investigatory test later, we’ve been given the results and it seems that our boy is not well, and he isn’t going to get any better.

That was how far I’d got writing this post without sobbing so I’ll try to keep this short. He’s an old boy – nearly 13 (roughly) – and we only got him last March as he used to live with a good friend who wasn’t able to give him the time and attention he deserved. We knew he was old and we knew we might not have him for very long, but it doesn’t make it any easier when you hear that the dog who’s been healthy his whole life is then given a diagnosis of a malignant tumour. I know this is silly, but I can’t help feeling like we’ve let him down as well as letting down his other mum who had him for most of his life.

Basically we have a few options – surgery being one (too invasive and he may not pull through or may end up more ill than he is now), and chemotherapy being another (like surgery it may not be that effective, and we couldn’t put an old boy through that). So our third option is the one we’ll take – put him on painkillers all the time he’s not suffering, but the second he’s not coping then of course we’ll have to let him go.

Right now he’s loads better, and considering how unwell he was at the weekend that’s a huge relief. Keith and I have camped downstairs with him all this week so he’s not on his own at night and doesn’t have to try and get up the stairs to sleep near us, and we think it’s calmed him. It might explain why he’s been so clingy for quite a few weeks now – it’s almost as if he knew something was wrong and he just didn’t want to leave our sides. Right now I can’t go upstairs to the bathroom for two minutes without him getting agitated and wondering where I’ve gone… it’s breaking my heart.

It’s breaking OUR hearts. Keith is absolutely devastated, as am I.

I know this is something that so many people go through, but it’s true when they say that pets really are part of the family. We’ve barely had Riley for a year but the whole family absolutely adore him. He keeps me company while I’m working at home despite sleeping 90% of the time. He’s a Saluki mix and they’re known for being somewhat aloof – he won’t look you in the eye and acts kinda snooty while you’re stroking him – but as soon as you stop he’ll jab you hard with his paw as if to say, “For goodness sake why did you stop?! Carry on stroking me!” Plus he barks at you for attention even though he’s being cuddled and stroked by someone else, all because you’re nearby and could potentially be giving him some love too.

For a dog that’s incredibly lazy (sighthounds are known for their ability to sleep all day, ironic considering they’re super fast) and doesn’t really do anything, he sure does entertain us. He doesn’t chase balls or sticks, he often has no interest in other dogs or even running anywhere at all. (To get him to move on our walks I often have to put him ON his lead, otherwise he just stands still.) I’ve had delivery guys delivering several big boxes of furniture past him and he didn’t even lift his head up off his bed.

And for all the posts I’ve ever read by bloggers saying goodbye to a pet, I get it. It’s utterly heartbreaking. But we’re going to make whatever time he has left the best it can possibly be.

The reason we fell in love with Riley was because every time we saw him at our friend’s house he’d come up to us and stand in front of our legs (he’s a BIG dog) and lean against you for some love and attention. He leans on you so much he falls over if you move your feet away. He does this with everyone – even total strangers – so to say he’s an endearing dog is the understatement of the century.

So at the moment we’re simply monitoring him. We have no idea how long he has. But we know exactly what to look out for now, and the second he’s not well again or is in any kind of pain (that the painkillers can’t take care of) we’ll be onto the vet straight away. And for all the posts I’ve ever read by bloggers saying goodbye to a pet, I get it. It’s utterly heartbreaking. But we’re going to make whatever time he has left the best it can possibly be, and shower him with all the love and attention he could ever want.

Therefore we may be sleeping downstairs for a while yet, but you know what? I’m happy to do that, as is Keith. Whatever he wants, he’ll get it. Because he’s still our hilarious, fussy-eating, lazy, dopey, aloof, doe-eyed, loving, attention-seeking, silky-soft, long-legged, gentle (and genteel) giant.

I wanted to thank everyone that sent get well soon messages this week where Riley was concerned, and I’m sorry this is such a sad post and that the news wasn’t good news. To everyone with their own furball: hug them a little tighter this weekend, won’t you.

– Why Sometimes You Need to Take a Chance in Life

Thank you for joining the #SaturdayShareLinkUp. Designed to allow you to share anything you like on ANY topic, it goes live every Friday at around 8pm UK time and will stay open for a week. You can share blog posts or Instagram posts, old posts or new posts, and link up as many as you like.

PLEASE be kind and leave a link somewhere on your post, and share your post using the hashtag #SaturdayShareLinkUp – if you tweet your link with the hashtag and tag me in @notlamb I’ll retweet it to my followers for you 🙂

RELATED  My 50th Birthday: My Secrets to Looking Younger Than My Age (+ My 11th Blogiversary)
An InLinkz Link-up