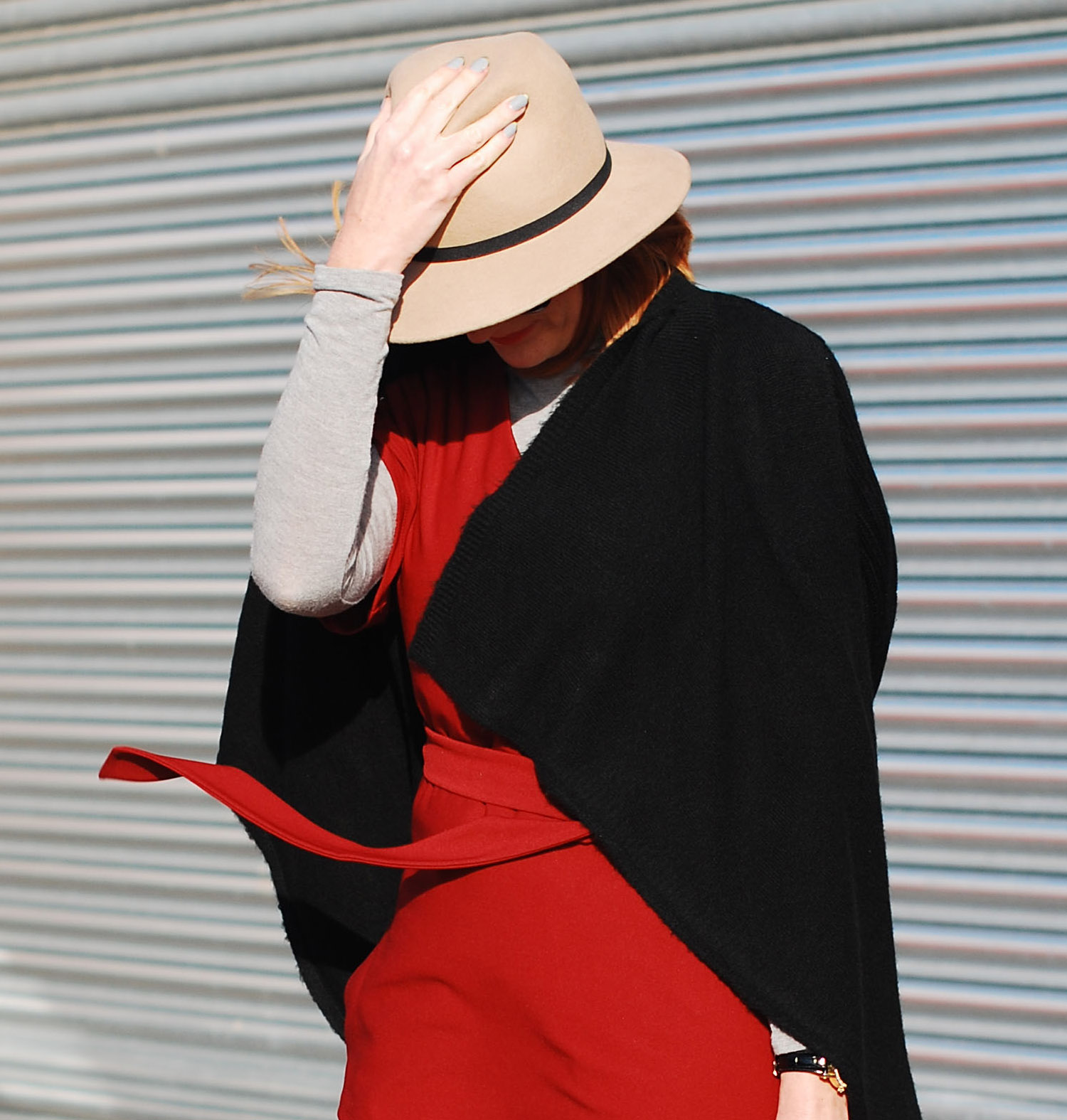 Oh, what a week…! Currently I’m having a major panic about an important event I’m speaking at next week, and there’s nothing worse than feeling unprepared.

Now I’ve always really rather enjoyed public speaking. I know that’s strange – most people would probably rather stab themselves in the eye with a fork than get up in front of a group of people and deliver a talk.

I used to be a teacher so was used to talking to a group of about 30 young adults.

I was also a staff trainer at a London store where I sometimes trained the whole team, about 50 at a time.

I’ve also given a couple of blogging talks, one where I talked for an hour and a half. #SomebodyStopMe

I even insisted on giving a speech at my first wedding (unlike my wedding to Keith, that was a more traditional affair) – I think I spoke after my father and before the best man? My dad may correct me.

Anyway you get the idea – I like public speaking.

So when I was asked earlier this year to give a talk at the eRetail Europe conference in Amsterdam in October, I initially thought, Yes!

Blog-wise I’ve had the busiest summer imaginable. I don’t know whether it’s as a result of my win at the UK Blog Awards, or whether getting myself an agent had started to pay off, but a HUGE amount of work started flooding in. For which I am, of course, very happy about and grateful for.

I’d have a crazy-busy couple of weeks, then a slightly easier few days, then it was all guns blazing for another two or three weeks. With lots of trips for work here and there, taking a couple of days out of my working week about twice a month (or more).

Thank goodness we took a week off in Cornwall for nothing but some R&R at the beginning of this month, because oh boy I needed it.

When the panic set in

Panic set in about two weeks ago, when I realised that my talk, which I’d very diligently started a couple of months ago, still wasn’t finished. (I was one of those teenagers that had to be nagged to finish her homework else I’d end up doing it on the bus on the way to school.)

At the same time I had about three deadlines brought forward dramatically, just after I’d agreed to do two or three smaller jobs that I knew I could squeeze in.

It was all starting to look less and less likely that I could do all that as well as keep on top of regular posting on my blog and complete other work I’d already agreed to do, thinking my schedule wouldn’t be that crazy busy.

And last night, I had a meltdown. The stress got far too much and I ended up sitting in tears on the kitchen floor because there was just no way I was going to get it all done as well as finish and practice my talk for the conference. The more upset I got about it, the harder it was to get back to the computer and write the talk.

To cut a long story short (heck, I’m good at wittering on…), Keith came home in the nick of time, made a cup of tea and sat down with me to talk it over. I told him everything that needed doing. He asked what he could do for me blog-wise to help. We discussed everything, and I felt a lot calmer.

I managed to get back to my desk and steam through the talk. I finished it earlier today, PowerPoint presentation and all.

Whilst I’m still worried about finishing everything that needs to be done (plus I have two assignments that are now required this weekend/urgently today but will only get done if I can get them done), I’m in a better place.

We made a decision: I’m not taking on any more paid work this year. Unless Gucci come banging down my door, I’m only working on projects I’ve already agreed to.

Once I have this post published, I’ll work on Monday and Wednesday’s posts and then hopefully have as much of the weekend as possible to practice my talk, do my nails and get my eyelashes done.

Plus pack a bag.

Plus do those other projects I said I’d try and squeeze in.

But imagine if I’d just said no? Who knows what good or exciting things could possibly happen as a result of me going to do this talk? It’s the old FOMO rearing its (not all that) ugly head again. Plus if I didn’t go I’d be missing out on my day with the wonderful Greetje of No Fear of Fashion who is going to show me Amsterdam, but until the talk is over I can’t look forward to that.

I NEED to do this. I should do this.

I’ll report back soon with how it all went. I’m just hoping that I won’t regret believing in doing things that scare you, because right now I am PETRIFIED…!

Enjoy your weekend, my lovelies 🙂

DO YOU BELIEVE IN THE “DO THINGS THAT SCARE YOU” WAY OF THINKING? WHEN HAVE YOU DONE SOMETHING SUPER SCARY AND HAD SOMETHING AMAZING HAPPEN AS A RESULT? TELL ME IN THE COMMENTS OR TWEET ME @NOTLAMB! 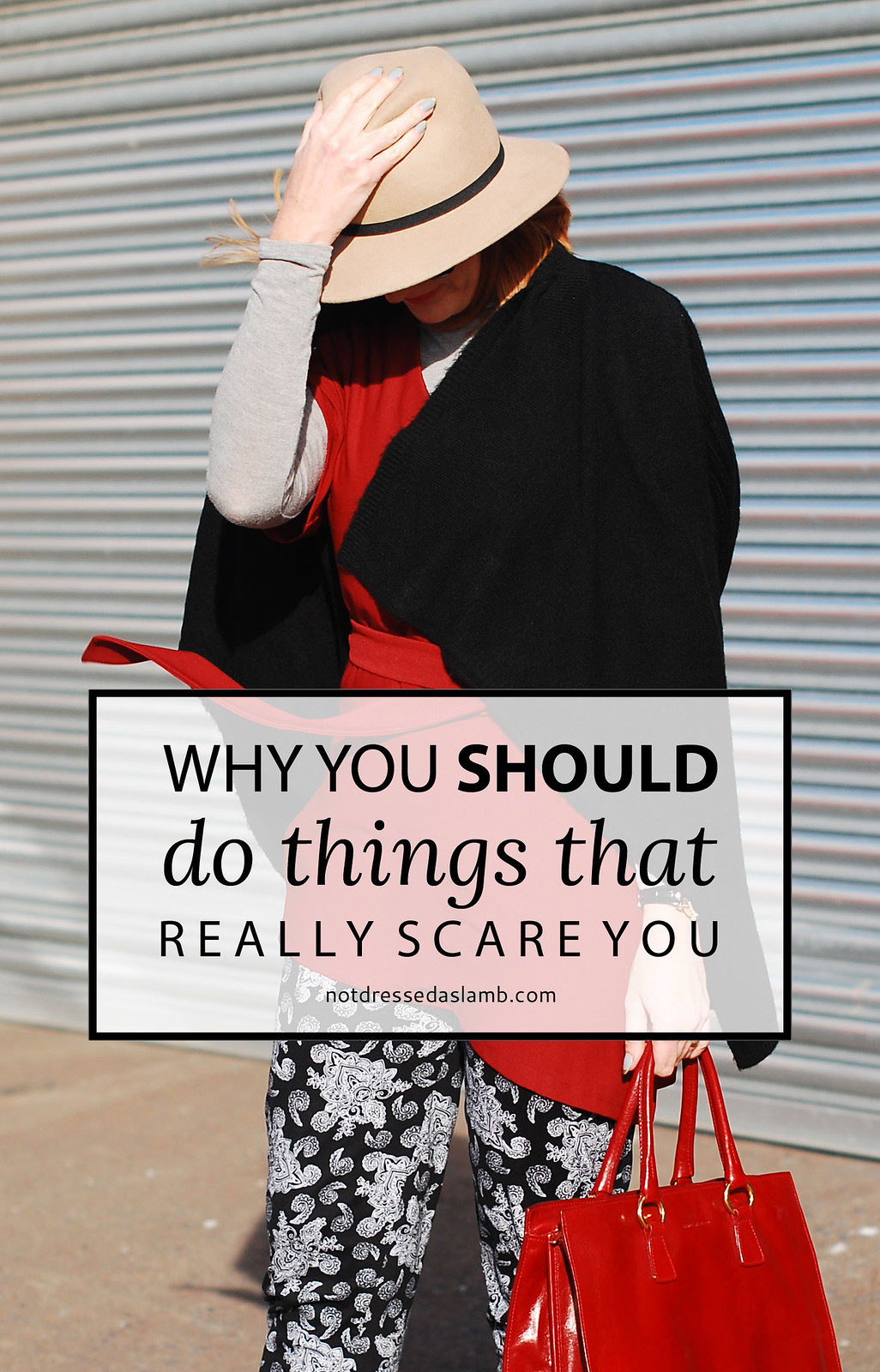 Thank you for joining the #SaturdayShareLinkUp! Designed to allow you to share anything you like on ANY topic, it goes live every Friday at around 8pm UK time and will stay open for a week. You can share blog posts or Instagram posts, old posts or new posts, and link up as many as you like.

RELATED  The "Influencer Look": Whatever Happened to Individuality in Blogging?

– How I Fake Confidence When My Self-Esteem is Low