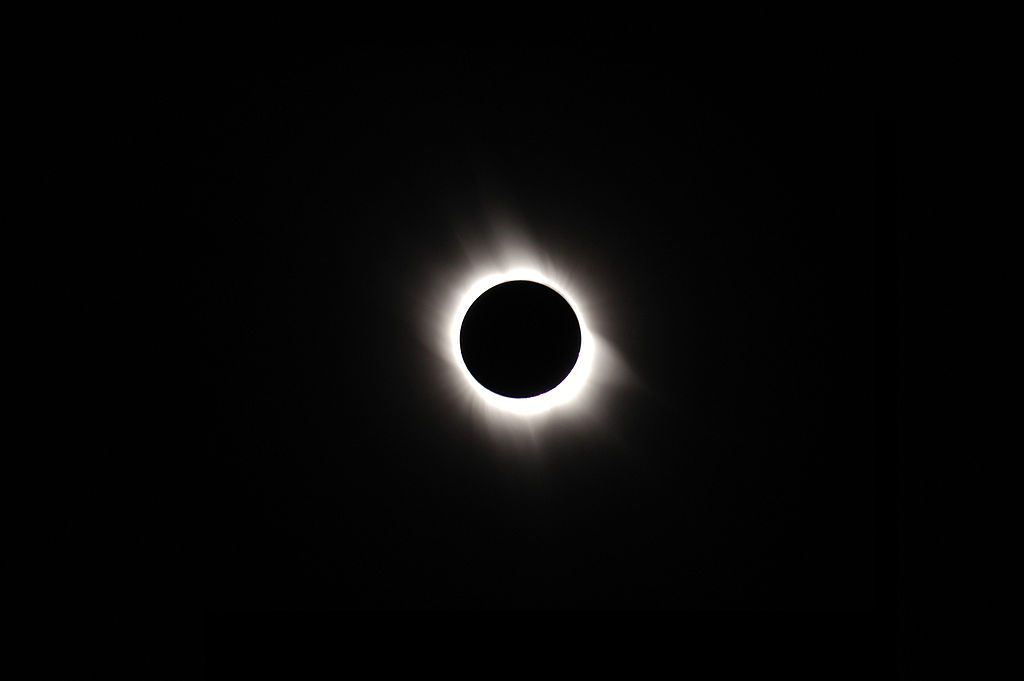 FOMO, or Fear of missing out (almost as good as the other acronym that I love: YOLO, or You only live once) is slapping me square in the jaw this week. The US total solar eclipse is happening on Monday, and for nine years I’d been planning to be there.

But as you’ve probably guessed we are neither in the US right now nor are we going to be there on Monday. This is despite me knowing about this eclipse since forever (well, since 2008) and revealing in February that we would, indeed, be witness to it on 21 August.

FOMO? You betcha. Except it’s not just fear of missing out, but real heartbreak that we’re not doing something that we’d been planning to do for so many years.

Back in 2008 we had a partial eclipse of the sun in (part of) the UK. But as you can imagine with the weather in this country, it was cloudy and we didn’t see all that much. Pretty much the same thing happened in the total eclipse of 1999: It was cloudy and apart from everything going very dark, there is always that slight disappointment that you didn’t get to actually SEE the moon passing in front of the sun (with safety glasses on, of course).

Seeing as Keith and I are keen amateur astronomers (that would be stars and planets, not star signs…) with our own mahoosive telescope (one of those really short, fat motorised ones that finds the stars and planets you want all by itself), it made sense for us to look up where in the world there would be a total eclipse that could be witnessed as part of a holiday.

In other words, we didn’t really want to see one from the North Pole, Russia or the middle of the Pacific Ocean… we wanted somewhere more vacationy. Did you know that there are between two and five solar eclipses every year? There are loads of opportunities to see them in theory, but not always in places you’d like to go to.

Fast forward to 2016, and I have the worst financial year of my (self-employed) life. We still have plans to do our eclipse road trip. But although I’m getting more work and more money starts to come in by 2017, it’s just not fast enough to be able to start paying for all the flights, hotels, car hire and attractions we’re planning.

In Spring this year, Keith and I sat down to look at our finances and see what we could afford to pay for to get the ball rolling, and although I don’t know who said it first, we both came to the sad conclusion that we simply couldn’t do it financially. We didn’t want to pay for flights then find out we couldn’t afford anything else because we just didn’t have the funds in time.

Therefore we made the sensible but heartbreaking decision that no, we couldn’t afford it (right now). We knew it wasn’t just a holiday of a lifetime we were planning, but a holiday that included an event that hadn’t happened in the US for 99 years. And wouldn’t happen again in the UK until 2090 (hoping to live to 118 is maybe asking a bit too much).

AN ECLIPSE CAN BE SEEN IN OTHER PLACES. ALL THE THINGS WE WANTED TO DO AND SEE ON OUR HOLIDAY – FROM NIAGARA FALLS TO DC, FROM CAPE CANAVERAL TO KEY WEST – WILL STILL BE THERE WHEN WE GO IN SEPTEMBER 2018.

But really, an eclipse CAN be seen in other places. All the things we wanted to do and see on our holiday – from Niagara Falls to DC, from Cape Canaveral to Key West – will still be there if/when we go in September 2018 instead. It will also be slightly cooler (I love the heat but the South and Florida in August may just be a bit too hot and sticky, even for me), and by then it won’t be summer holiday time for UK kids, meaning there may be fewer British families in Disney World. I also read this:

“September is a great month to visit Orlando in general, because hotel rates are at their lowest of the year, crowds have thinned, and there are hundreds of terrific deals on the table.”

As far as I was concerned that was a done deal.

We may be missing out on the eclipse, but looking at the itinerary we’d planned out for the three weeks, we’re going to still make memories that will last us a whole lifetime.

So while I may be feeling the FOMO at the moment, everything points at September 2018 being THE time to go. Organising is my “thing” – what could be better than 13 more months of travel organisation..?

WILL YOU BE WATCHING THE ECLIPSE – WHAT ARE YOUR PLANS? (PLEASE DON’T TRY AND MAKE ME FEEL TOO ENVIOUS THOUGH!!) TELL ME IN THE COMMENTS OR TWEET ME @NOTLAMB 🙂

– A US East Coast Road Trip to See the Total Eclipse