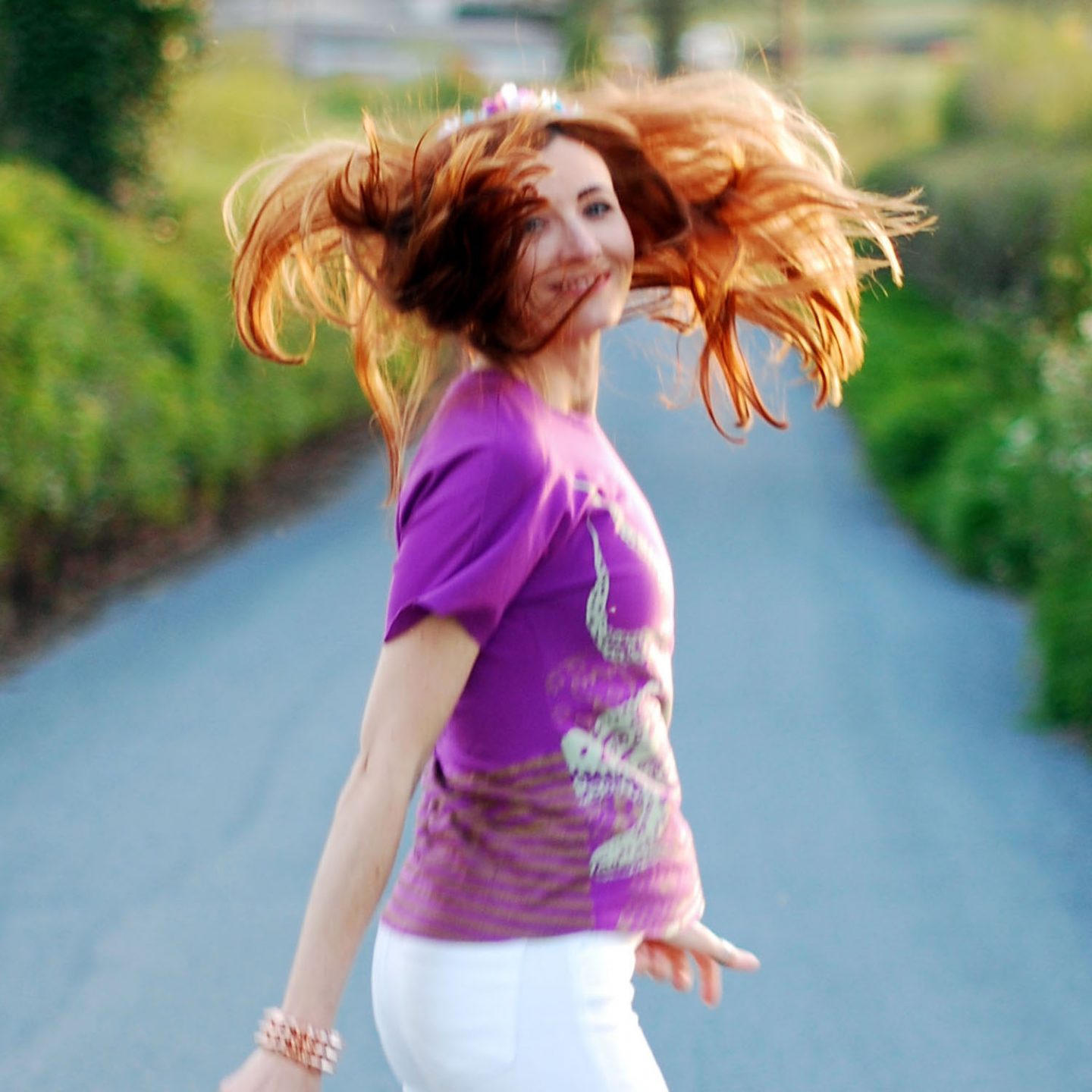 For my first post of 2014 I’m doing another bloopers and outtakes post like I did exactly a year ago – instead of a recap of 2013 sharing my best outfits, I’m sharing the caught off-guard moments, some goofing around and a few photos which I cannot even comprehend myself.

Each deserved a title and a bit of an explanation – I’ll apologise now for shattering the illusion I try to create that I’m stylish and elegant: reasonably stylish, maybe, but definitely not elegant…!

Wishing you all A very Happy 2014, and a huge thanks to everyone for the amazing support you showed me in 2013 – I plan to make this year even bigger and better 🙂

Which outtakes did you like the most? Do let me know if any of them seem similar…! 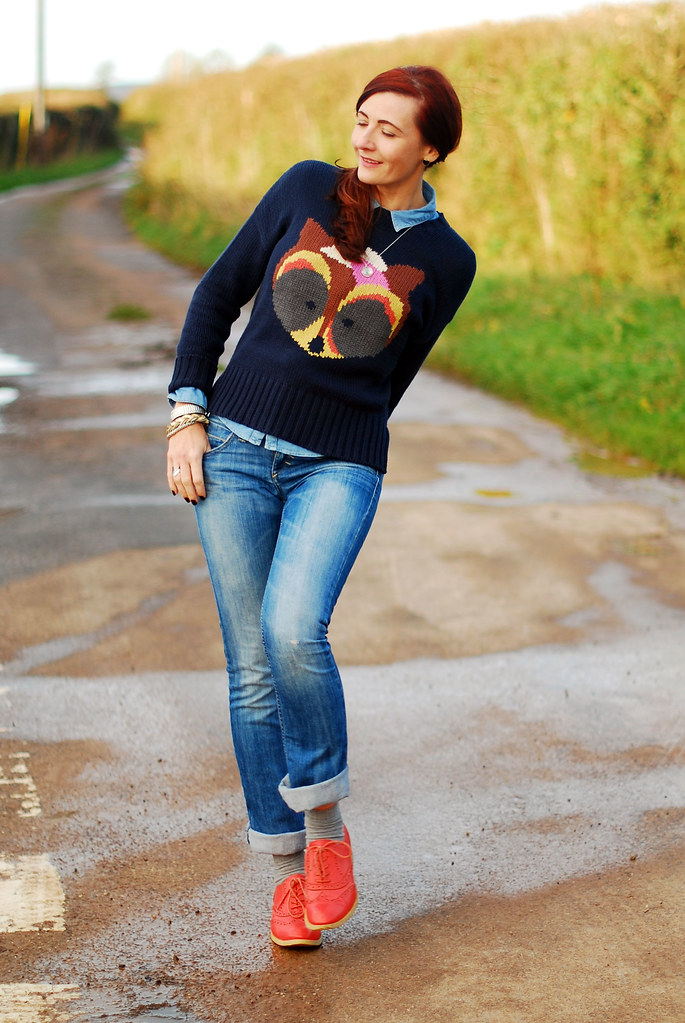 1. The one where I had ants in my pants

At least I think I was adjusting my jeans here… who really knows. Original post >> 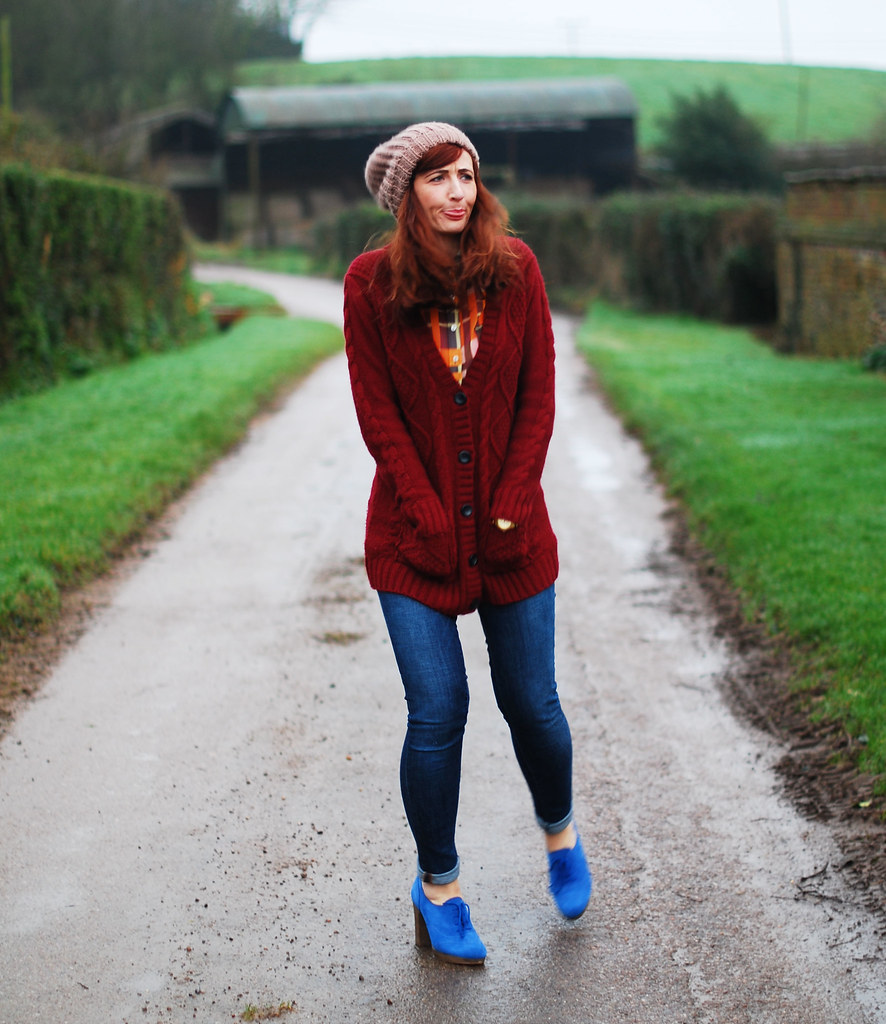 2. The one where I attempted to keep warm

Three outtakes from this shoot: firstly, jumping up and down on the spot to combat the cold (and blowing a raspberry always helps, of course). Original post >> 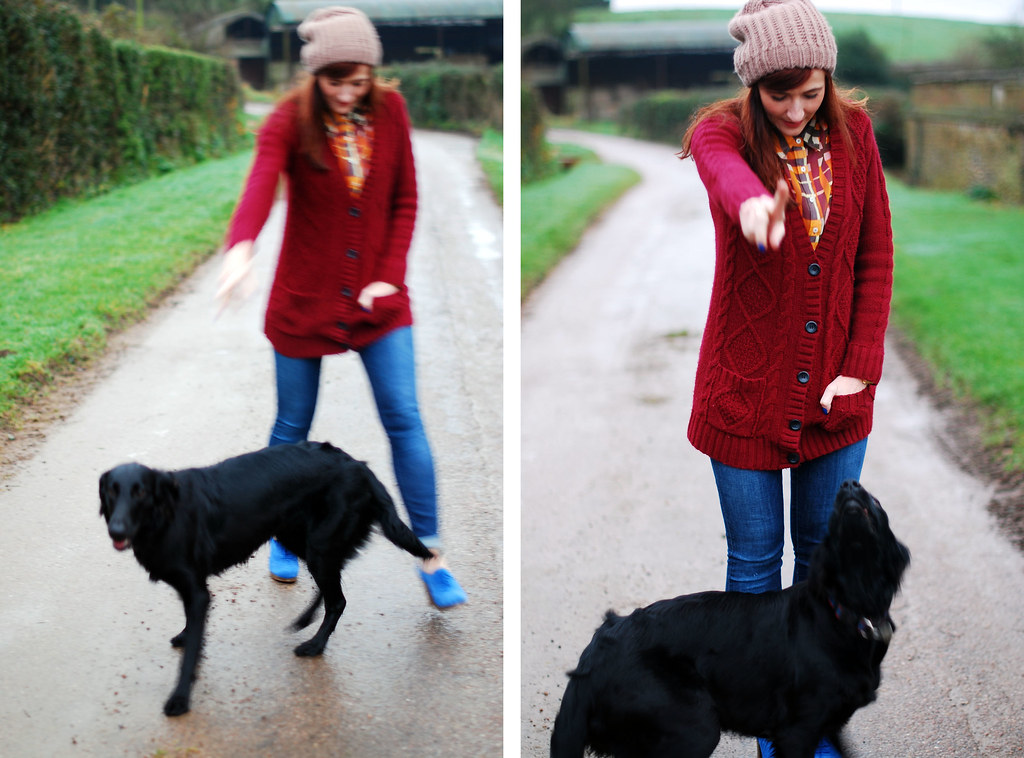 3. The one where the over-friendly neighbourhood dog wouldn’t go home

… and secondly the loveliest, happiest dog ever to steal the limelight – we regularly see her being walked past my parents’ house (where these were taken) and she always goes nuts whenever she sees anyone. These were my attempts to get her to continue with her walk…! Original post >> 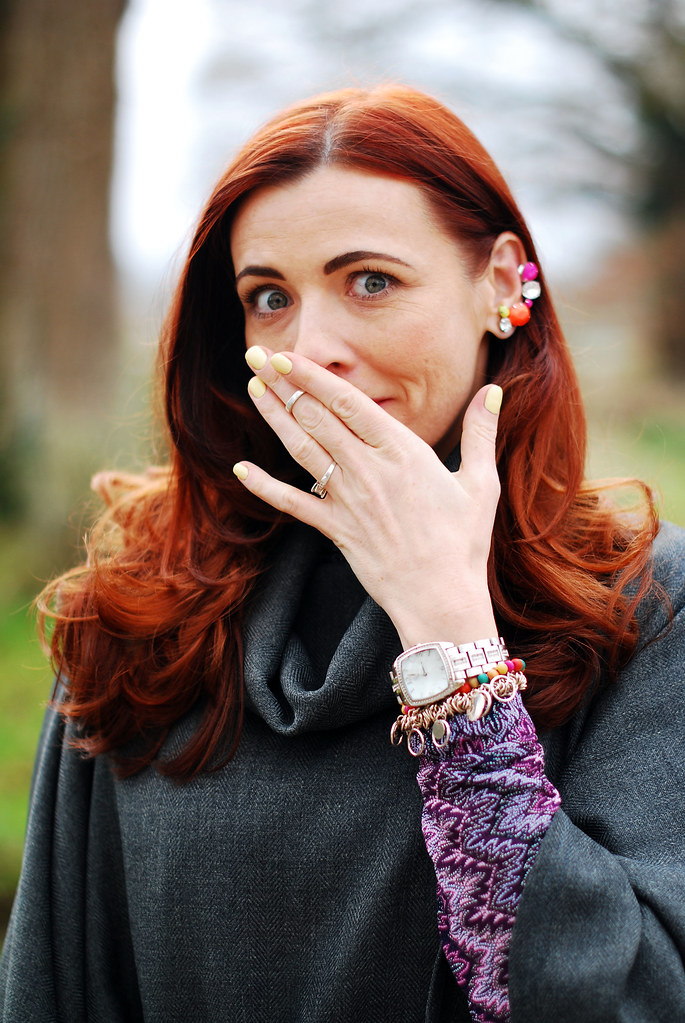 4. The one where I belched

Yes, this was my face after accidentally letting out the most enormous belch. Oops. Original post >> 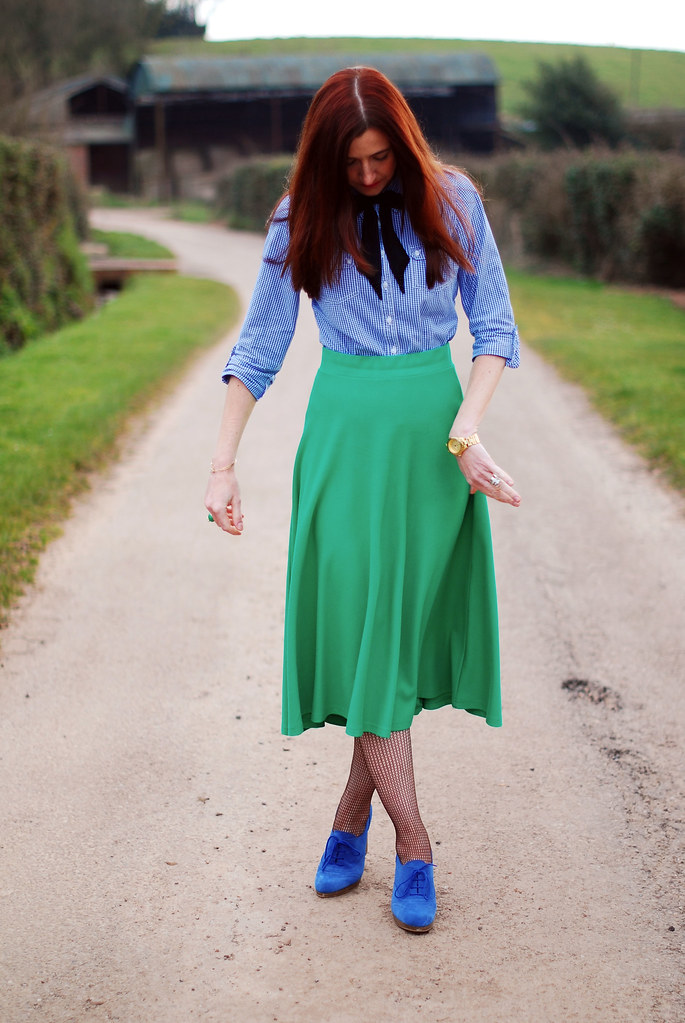 5. The one where I had a weird fish hand

What’s going on with my left hand?! Original post >> 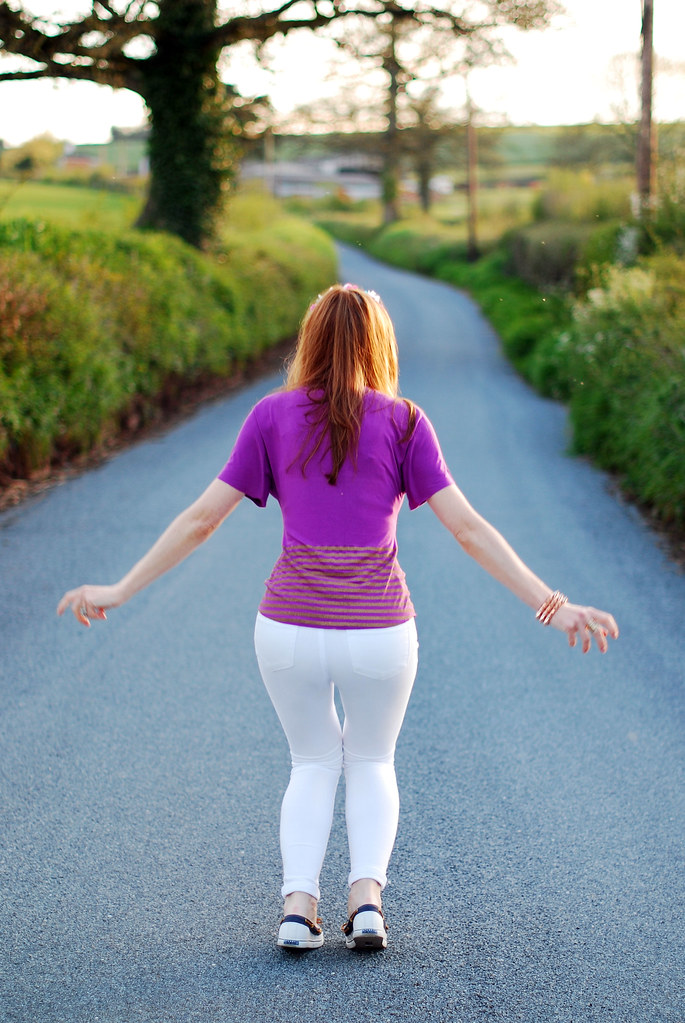 6. The one where I did an ungainly crouch

Jumping photos will always provide a plethora of hilarious outtakes. But I didn’t expect photos to be taken as I was crouching/preparing to jump. Original post >> 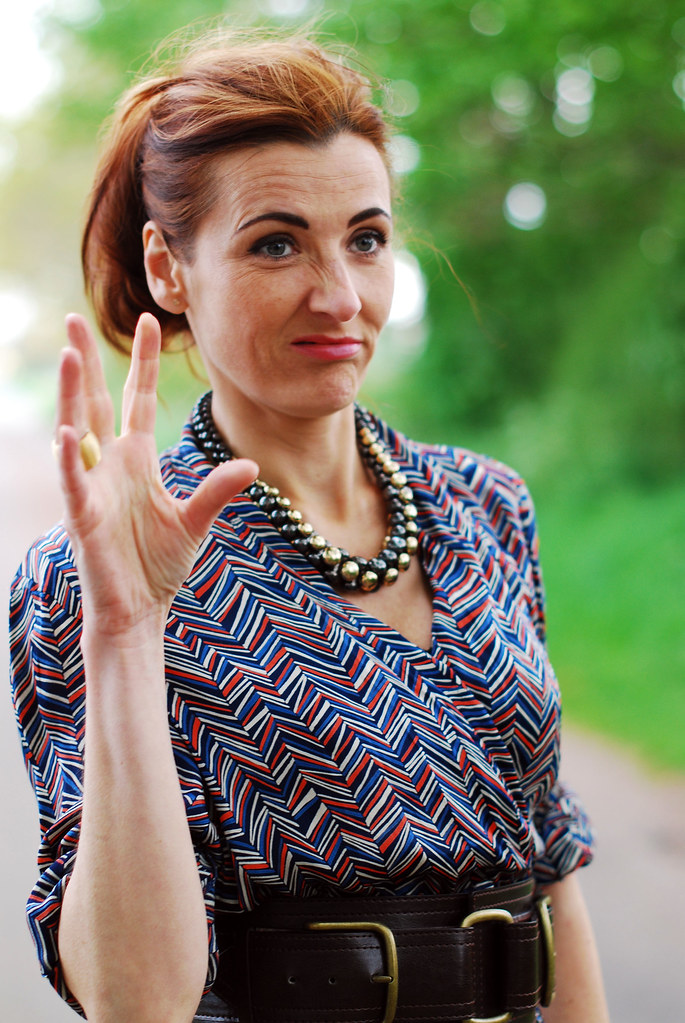 7. The one where I did a yakety-yak

I can’t quite remember exactly what was said that I reacted to, but it was a bit of a “whatever” moment where I thought my husband /photographer was going on and on. If in doubt, turn to childishness. Original post >> 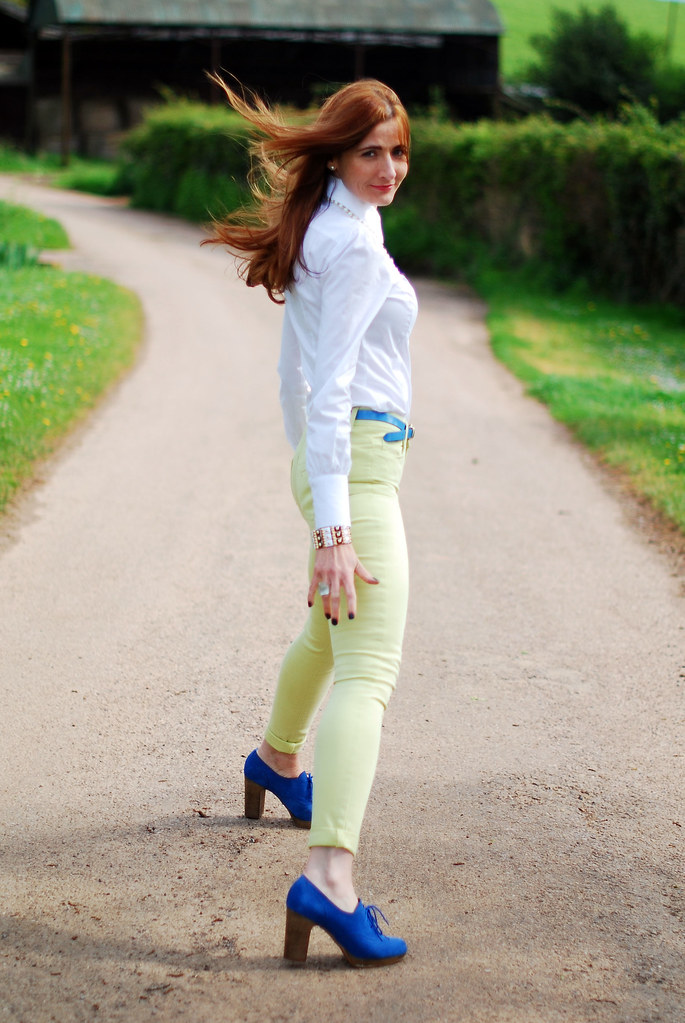 8. The one where I did my superhero stance

Battling the wind is all in a day’s work for this blogging superhero. Original post >> 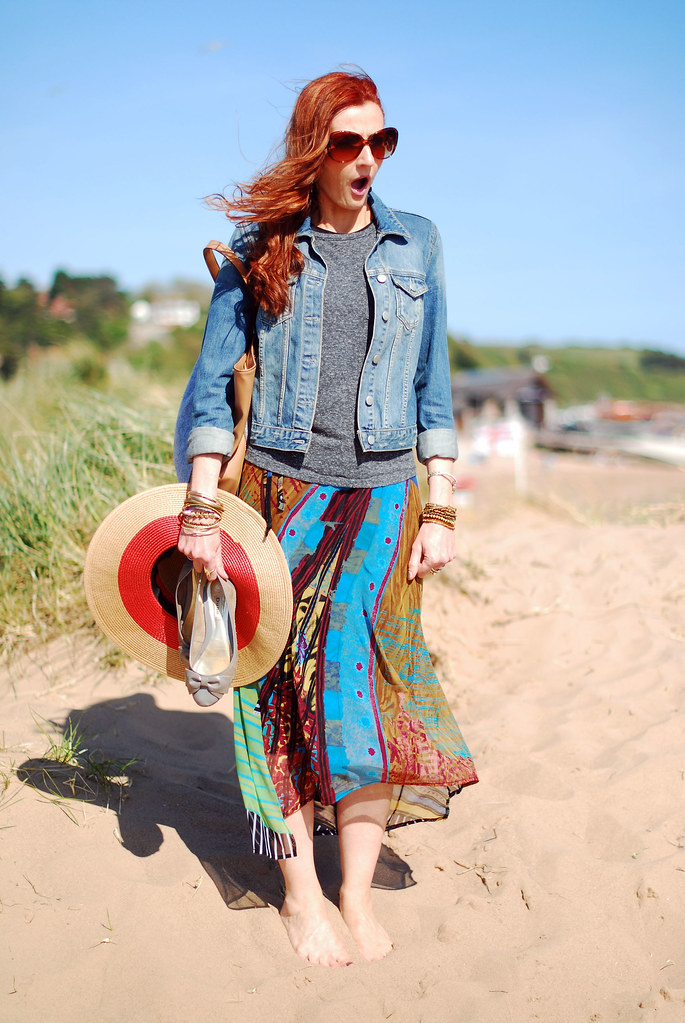 9. The one where I didn’t take the wind chill factor into account

This was the look on my face when we reached the top of the sand dune and I realised just how bitterly cold it was (it looks like such a gorgeous hot day – it really wasn’t). And this was before I’d taken off the jacket and top layers – I had to wear just the (flimsy) maxi dress. Original post >>

10. The one where I created the unflattering jump series

Too many jumping outtakes with crazed faces not to include them all in an animated gif. The jumping made me laugh at the time, the photos still make me laugh now. Original post >> 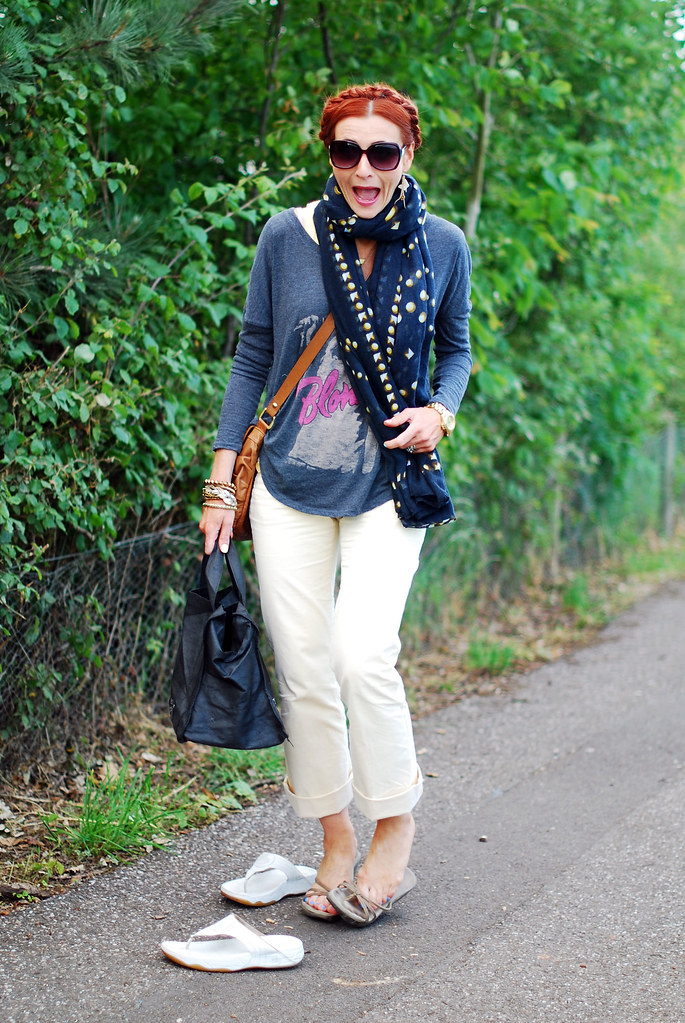 11. The one where I nearly took a tumble

I may be an expert walking in heels, but I’m still ungainly when trying to balance and change the shoes I wore to walk up the hill for the photo shoot. Original post >> 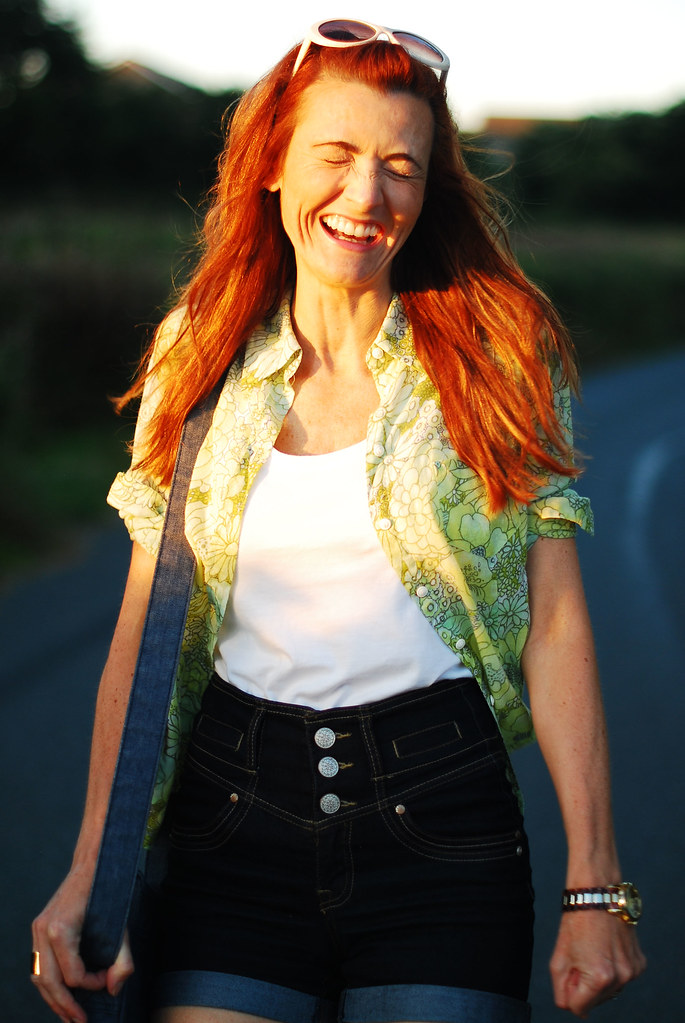 12. The one where I was blinded by the sun

An over-dramatic reaction to a bit of sun. Original post >> 13. The one where I was staring vacantly

Something must have caught my attention… dopey, much?! Original post >> 14. The one where there was a gigantic spider web curiosity

We were at the Herschel Museum in Bath where the garden is part of the attraction – and mid-shoot I realised that there were spiders’ webs right across the garden, several feet wide that you could just walk straight into. Here I’m pointing at one of the spiders in it’s web (those are gritted teeth you can see). =ewwww= Original post >> 15. The one where I had a persistent photobombing friend

Photographing an outfit post at a friend’s house comes with the added distraction of the friend wanting to see the shoot in action. It was only so long before he could no longer resist bombing the photos. Original post >> 16. The one where I was tormented by the wind

A windy day: blogger’s nightmare. I have endless outtakes of me with my hair going everywhere and me desperately trying to keep it out of my face. Original post >> 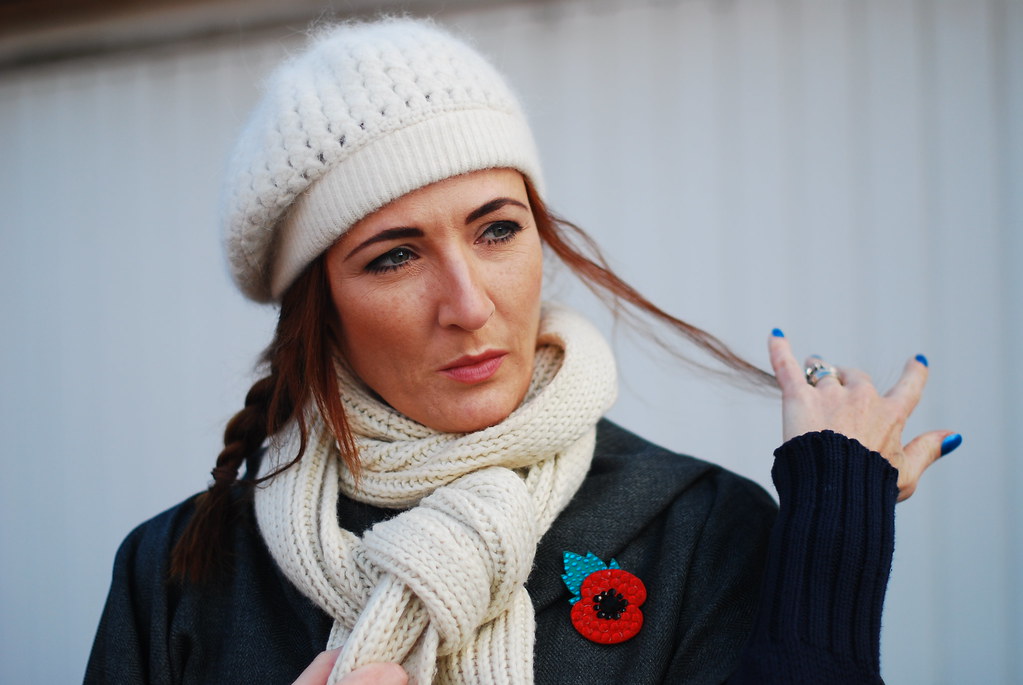 17. The one where my hair got tangled in jewellery

More hair malfunctions, this time trying to move stray bits out of my face and getting it caught up in my rings. Original post >> 18. The one where I got a broken nail

I remember breaking this nail… I was just checking my lipstick/hair/signs of smudged mascara before we started the shoot when I broke the nail on the compact. An impressively clean break. Original post >> 19. The one where the exercise hair had a life of its own

This was one of the hardest shoots to get my hair looking normal: if you’re running your hair will go all over the place. It looked mental in so many shots. Original post >> 20. The one where the tights needed straightening

Take one cute sleeveless dress and one freezing cold Sunday morning and you’ve got yourself a frozen popsicle of a blogger. I kept the parka on till the last second and struggled to straighten the pattern on my tights wearing mittens, but they weren’t coming off until we were absolutely ready…! Original post >> 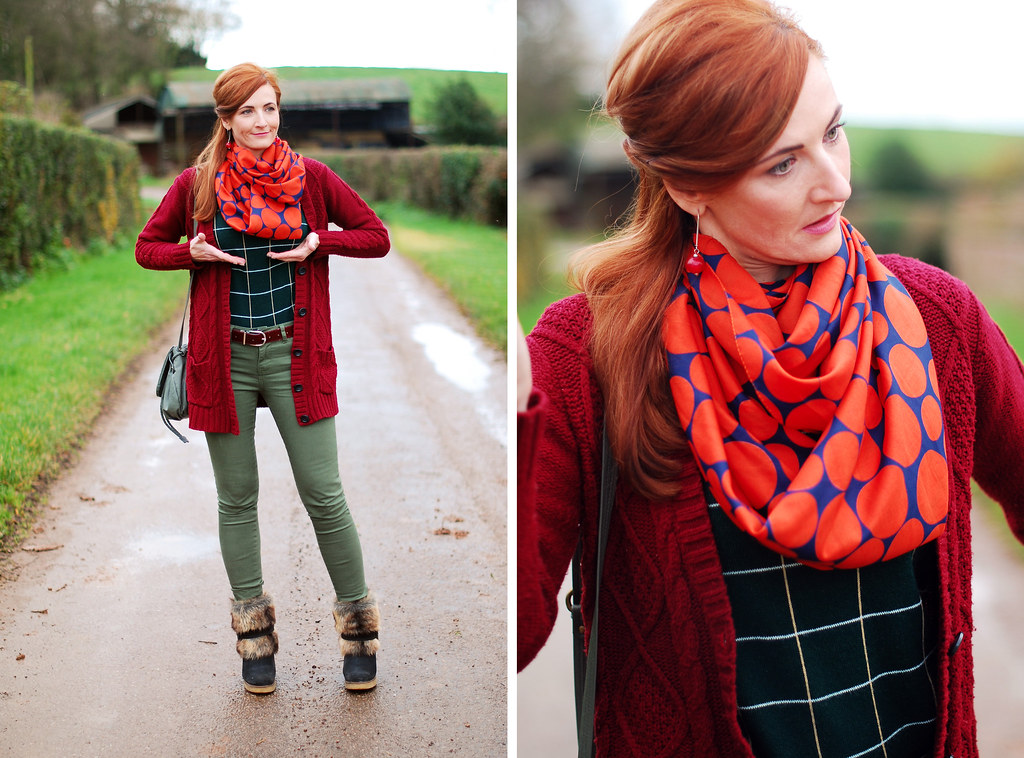 21. The one where I was in a playful mood and got a neck crick

Oh, I don’t know what I’m doing here – the test shot we do to make sure the exposure and lighting is okay at the beginning is usually a bit dull, so I thought I’d liven it up. Then it looks like I had a fit in the second outtake, or a cricked neck. Original post >> 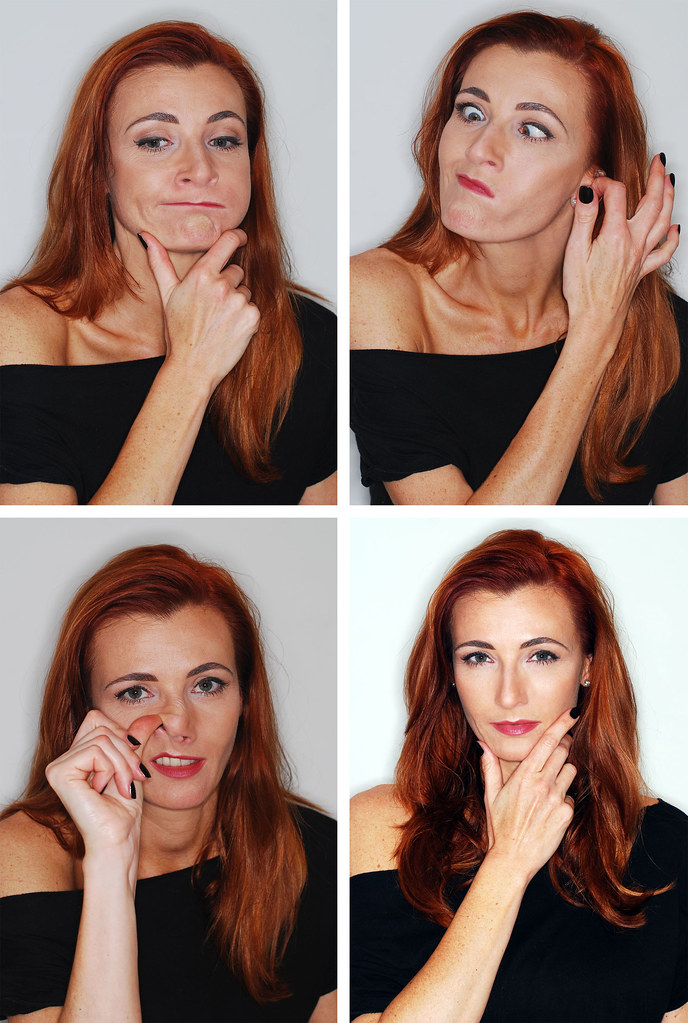 22. The one where it became the tired and frustrated beauty shoot

Saved the best till last I think. Trying to get a beauty shot right, is, well, trying. My nerves were pretty shredded at our attempts to get my arm in the right position (see the original post to find out why), and the lighting right, and the hair looking good, and… I got cross and starting messing about. I think I had to include the final shot just to make myself feel better after all these unflattering photos. Goes to prove it’s all smoke and mirrors, isn’t it…?!! Original post >>