Something I’ve been thinking about this week is the success of others and people’s attitudes towards it.

Sharing my thoughts for the week on this link up is a great way to get some really interesting discussions going – this is a gem methinks…!

I got thinking about this for two reasons: One, because of my win at the UK Blog Awards a couple of weeks ago, and two, because of a very interesting post written by Vicki of Honest Mum just this week (if you don’t know Vicki, she’s one of the UK’s biggest parenting/lifestyle bloggers – double award-winning, very successful, lots of TV appearances. But I’ve met her IRL and she’s absolutely lovely, and as a fellow blogger she couldn’t be more generous, thoughtful and kind).

Vicki’s post was entitled, How I Earn Six Figures Blogging and Vlogging and You Can Too. Just let that sink in for a minute… SIX figures. Those are some serious, serious earnings – and one that I’m not at all surprised by, considering how hard that woman works.

But when she emailed the link to her (link up) post on Wednesday, it came with a message that said how she’d hesitated for a very long time about publishing the post. As she says at the beginning of the post, it’s not very British, is it? – and no, talking about money isn’t. At all. But the reason she wrote it was to show that it can be done, and it explained how she did it. It wasn’t to show off – she’s not at all like that – it was to inspire.

However, the fact that she had to mention that it’s ‘not British’ to talk about something like success struck a chord with me. I was very hesitant about telling people about my Blog Awards win, as if I were showing off. I published one post before the awards saying wish me luck (though I won’t win anyway), another post featuring the red gown I wore on the night, and another celebrating my win and to say thank you to my readers and loved ones.

Too much? I wondered if it was.

The increase in unsubscribes

And the strange thing was, I noticed that the unsubscribes from my newsletter (that included news about my win) and the subscription emails to my Blog Awards posts rose dramatically compared to other newsletters/emails. More than twice as many unsubscribes compared to the average, in fact.

As a blogger you ALWAYS have people unsubscribe when you send something out for all sorts of reasons, and they’re not all negative. They could have changed their email address, they may want to read your blog on a different platform, they may find that they just have too many emails coming in, or they simply don’t find your content interesting or relevant to them any more. It’s not a big deal, if I’m not appealing to someone then I can’t force them to like my content.

And yes, it could have been coincidence that there were more subscribes that week, but it did get me wondering whether me “bleating on about” (my turn of phrase, no one else’s!) my win didn’t inspire as was the intention, but instead made people resentful. It is known to be a very British thing to not celebrate the success of others – there’s nothing better that the British tabloid press loves, for example, than to parade the downfall of a celebrity. Social media revels in bringing down anyone who’s enjoyed some sort of success.

How Vicki’s post about her earnings made me feel

Vicki’s post about her six-figure earnings did, of course, make my heart sink very briefly (in a Why can’t I be earning that sort of money, waaaah… way). It’s no secret that I struggle as a full-time blogger to even pay the mortgage, and although things are slightly better than last year’s financial crisis, I’m still barely earning five figures if you take away what I spend on blogging and look at my actual profit.

But that doesn’t mean I resent Vicki’s success – far from it. She’s an inspiration, and solid proof that hard work, determination and a huge amount of self-belief can get you everywhere.

It’s a shame when people can’t see that the success of others is something to be celebrated, especially when they started from exactly the same place. Today’s throwaway, celebrity-obsessed society breeds this culture of expecting-everything-for-nothing, and that in turns breeds resentment – so many people seem to be afraid of hard work these days.

It’s great to see someone who works bloody hard achieve those sorts of levels of success. I’d like to think that my blogging award is a result of my hard work and determination, and I hope that it definitely inspires more than any resentment it may create.

There’s NEVER a need for anyone to apologise for their efforts, least of all in blogging. I wish many successes on all of you, and many more for Vicki too.

As the wisest of wise ones Yoda said, “Fear is the path to the dark side… fear leads to anger… anger leads to hate… hate leads to suffering.” 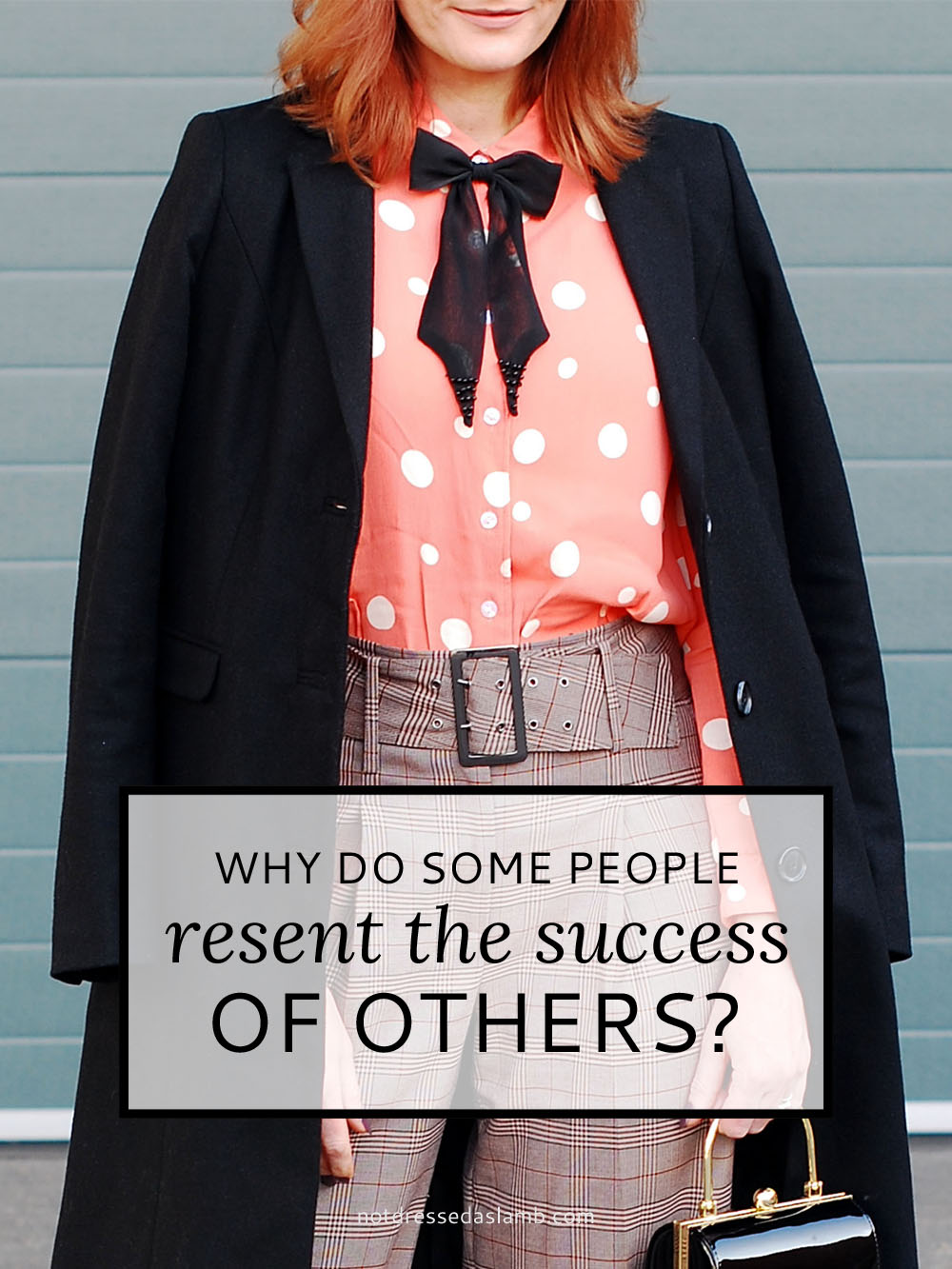 WHAT ARE YOUR THOUGHTS ON THE FACT THAT SOME RESENT THE SUCCESS OF OTHERS? TELL ME IN THE COMMENTS…