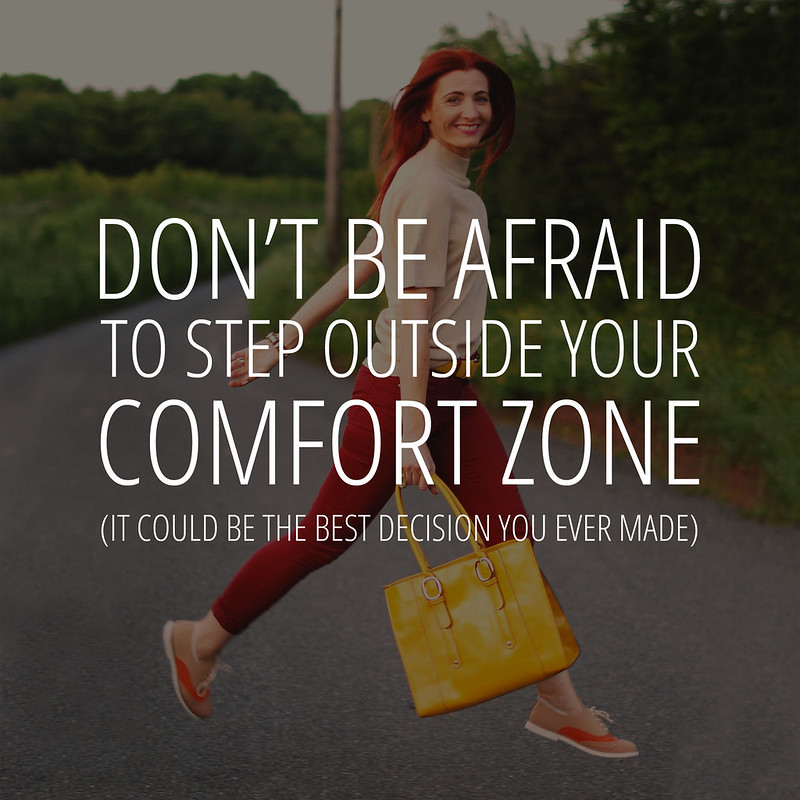 Doing something outside of your comfort zone is enough to put the fear of god into most of us.

I’ve been thinking about this a lot lately not only because 18 months ago I made a life-changing decision (to leave my secure full time job of 11 years and go freelance), but also because I’m thinking of making another life-changing decision this year. The decision itself isn’t of any great importance to this post, but what is is the fact that I’m worried about it and procrastinating.

Worried about failing. About it all going tits up. And then what will I do?

I have to keep reminding myself of this:

“Catherine, you’ve done this before. You went freelance after previously saying that your full time job was probably going to be the last job you’d ever have. Despite you liking the security and the regular hours of a 9-5 and its comfort factor. Despite you not being able to see how you could earn enough to live on and pay the mortgage if you gave your job up.

“You did something spectacular and followed your dream. A year and half later you’re loving what you do and you’re doing what you love – despite the late nights and the working at weekends – and to top it all you’re making a reasonably okay wage out of it”.

I know all this is true, but it doesn’t stop me thinking that my next big dream is probably much more impossible. I have the “I’ve no idea how I can pull this off” doubts going round my head. In this post I am urging myself – yes, that’s YOU [me] – to read this and remember what’s possible if you can only step outside your comfort zone, because you never know what might happen. 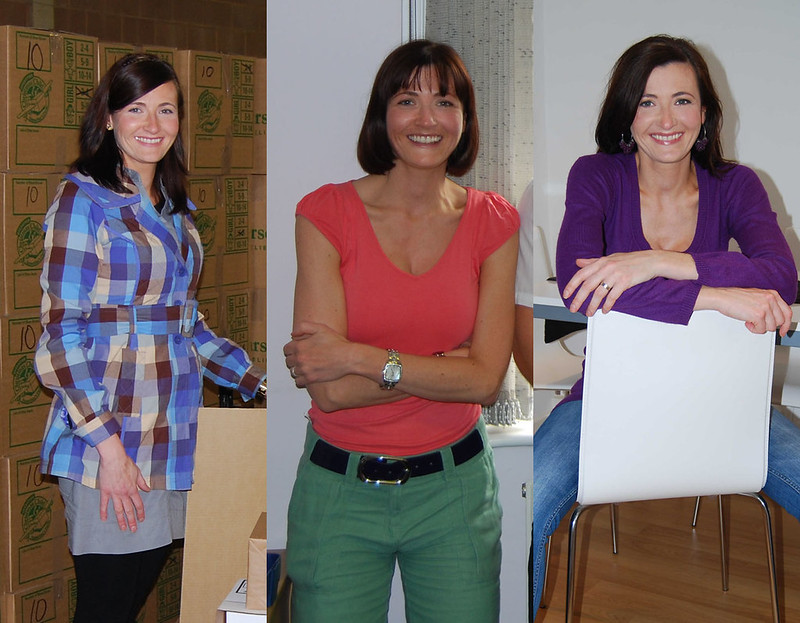 These photos of me at my old job aren’t really relevant to this post but I thought I’d show my various hairstyles and outfits at my place of work over the years. I wasn’t necessarily smiling on the inside.

Ever heard any of these quotes?

“LIFE BEGINS AT THE END OF YOUR COMFORT ZONE.”

“WHAT WOULD YOU ATTEMPT TO DO IF YOU KNEW YOU COULD NOT FAIL?”

“IN THE END WE ONLY REGRET THE CHANCES WE DIDN’T TAKE, THE RELATIONSHIPS WE WERE AFRAID TO HAVE AND THE DECISIONS WE WAITED TOO LONG TO MAKE.”

The best example I can give of a successful step taken outside a comfort zone (that bears some relation to popular culture that I know to be true) is one I ‘witnessed’ first-hand (watched on TV in other words) in 2010. I’m hoping that no matter what your age you’ve heard of One Direction…? This is a brilliant example of it sort of working out okay for the person involved.

In the X-Factor auditions in 2010 there was a 17 year old boy called Zayn going through the bootcamp stages. In that year (I’ve pretty much watched every series), for some strange reason the contestants had to practice and perform a choreographed group dance on the stage. (Yes, it’s a singing competition and no, I’ve no idea why they had to dance.)

I remember really clearly watching the dance section and Simon Cowell scooting off backstage to find Zayn because he’d gone AWOL – dancing was not for him. (I felt so sorry for him because he was so young and sweet and had very little confidence in himself.) He refused to take part in the group dance section and tried to sit it out, saying he seriously didn’t want to do it because he hated dancing. He said he’d never done it before and felt “like an idiot”. Admittedly the lad was only 17 at the time, so he lacked the confidence of a 30 or 40 year old who might just say “oh what the hell I’ll do it”. Basically he didn’t want to make a fool of himself.

Z: “But it’s a new experience for me, I’ve never danced before.”

S: “Zayn – you can’t just hide behind here. You’re ruining this for yourself. I’m trying to help you here. So if you can’t do it now you’re never going to be able to do it. Right? Come on – let’s go and do it.”

You can watch the video of that section right here:

What if he hadn’t? What if he hadn’t been able to put aside his embarrassment for one afternoon and totally bottled it – and maybe gone home? What would he be doing right now, nearly five years later?

I’ll interject here and say this: If you’re thinking about making a potentially life-changing decision, think about Zayn at bootcamp. He could have thought, nahhh I don’t like dancing, this isn’t for me. I’ll go home. I’m too embarrassed / scared / frightened of failing. If that’s the sort of thing you’re thinking about your big plan, imagine it this way:

What Simon Cowell effectively said to him was “Look Zayn, if you go out there and dance your socks off for 10 minutes, I can guarantee you that in a couple of years’ time you’ll be in the biggest pop band in the world with girls screaming your name as you all perform in massive stadiums and sell millions of records and become the second-wealthiest musicians in the UK under 30″. Put like that, I reckon he’d have leapt up from that chair without a moment’s hesitation and, indeed, danced his backside off, never mind his socks, thank you very much.

Imagine if you had a Simon Cowell of your own (sorry if that’s an unpleasant thought – bear with me) who could say the same sort of thing to you about the decision you’re trying to make. In other words, Simon just comes along, cuts straight to the chase and tells you the ending first.

What you have to do is imagine your own ending. Think to yourself that if only you could, for a few hours, or a few days, or a few months or years maybe, do that cringeworthy / embarrasing / frightening / uncomfortable / scary / unpleasant thing that you don’t want to do – what would your reward – your ending – be?

It seems so simple… “I might as well just give it a go.” He said nonchalantly.

He did of course eventually go out and do it (the dancing wasn’t amazing but he certainly didn’t suck) – he went on to be chosen for a new group formed out of the boys, and the rest, as they say, is history.

Could there be a more OMG-you’re-telling-me-he-nearly-didn’t get-into-the-world’s-biggest-boy-band-because-he-didn’t want-to-do-a-bit-of-dancing moment than that? I rest my case.

The mere fact that you’re afraid to make a radical change in your life means that you’re thinking about it carefully – you’re already taking steps to avoid making a rash decision. It can only be a rash decision if you rush into it without thinking it through. Your hesitation and thought processes that go with it will see you carry it out effectively, no matter what the outcome.

Don’t miss the opportunity to be part of your version of the world’s biggest boy band. It may just turn out to be the best decision you ever made.