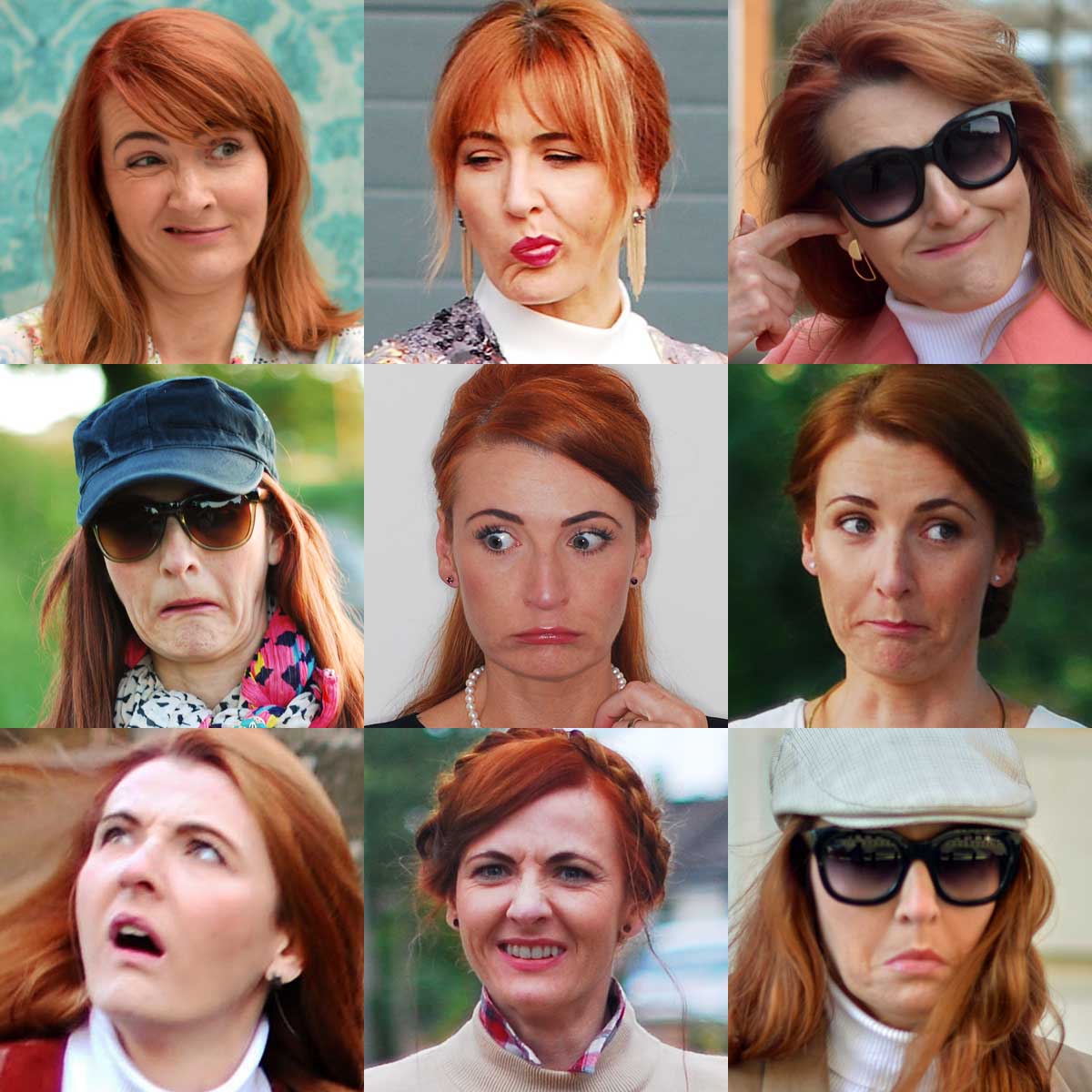 This week I was editing photos of myself for a campaign I’m working on, where I had to shoot close up (portrait) photos for the brand’s own use.

Before I do any sort of editing to colour casts, contrast, shadows, etc. I go through and pick out the images I like the best.

While I was doing this I thought to myself, Thank goodness I have control over this – I get to choose which images the brand uses. Sure, I’ll give them two or three different final shots to choose from, but out of the 50-odd photos we took it’s my choice as to which I present to them.

Now I know only some of my readers are bloggers (and even then not all bloggers take photos of themselves), but I’m sure everyone has, at some time, had the task of going through photos of themselves and having to pick out the ones they like for the final image… For wedding photos, or holiday photos, or passport photos when you have to select the photo to print while you’re actually there in the booth (oh, the pressure of the photo booth!!)

[By the way in case you’re wondering, the photos in the image are not ones I just didn’t like, they are actual bloopers…!]

When someone else chooses a bad photo of you

The picking out of these photos this week got me thinking about when you DON’T have control over which photo of yourself is chosen, for example when you’re a guest/bridesmaid/mother of the bride at a wedding and someone else has picked out the photos to go in their album. You excitedly open the album to see…

… A shockingly HORRIFIC photo of yourself. One that you would never have picked out in a million years. You’re either pulling a weird expression, or your smile is just “off”, or your eyes are dead, or it just doesn’t look like you. I’m not talking about body image or the fact that you may have put on a few pounds – I mean a shot that would have been so much better had you just smiled properly or turned your head the other way to show your “good” side.

And a little bit of you dies inside because you know that photo will be there forever in their wedding album, or in their photo frame, or on their Facebook page (though at least you can ask them to take those down, wedding albums are trickier)!

This happened to me a while ago, where some photos were taken of me and I didn’t have control over which ones were chosen. It was a professional photo shoot, but the editing was all in the hands of X Brand (which shall remain nameless). And when I saw the shot they used, I was absolutely horrified. Dead eyes, weird smile, head at the wrong angle. But there it was, published for everyone to see, and there was nothing I could do about it.

What everyone else saw

But this was the truly weird thing: I was the ONLY person that hated it.* Everyone I knew who saw it told me what a wonderful picture it was, that I looked so youthful, so serene, all sorts of words that I couldn’t believe they were actually using to describe this horror of a portrait. In fact because my mum knew where to find the photo online, she’d looked it up before I told her not to bother – she went to the trouble of ringing me to say what a gorgeous photo it was of me.

RELATED  When Life is Like a Sitcom: 11 Hilarious Family Stories (Part 2)

What on earth was it they saw that I didn’t??!!! WHY did they think that awful shot was a nice picture of me?

It goes to show that what you see is totally different to what everyone else sees. It might have something to do with the fact that what we see in the mirror is a reverse image of what everyone else sees, and that would explain why some people hate all photos of themselves. But I’ve seen my mug close up enough times and edited enough photos of myself to see (mostly) what other people see, and I can usually pick out (what I deem to be) the good ones.

So next time you see an awful photo of yourself that everyone else loves, just keep telling yourself that we all see different things. Other than that, I don’t have any advice (sorry!) – sometimes you just gotta suck it up!

*Slight amendment: To tell the truth I WASN’T the only person that hated it – I can remember my husband wasn’t exactly impressed when I showed him. Now I don’t normally put GIFs on my blog (well, I NEVER put GIFs on my blog unless they’re my own because I find posts with loads of moving things really annoying), but this perfectly sums up his reaction when I showed him the photo:

HAVE YOU HAD THIS EXPERIENCE WHERE YOU’VE HAD ZERO CONTROL OVER CHOOSING A PHOTO OF YOURSELF? TELL ME IN THE COMMENTS!