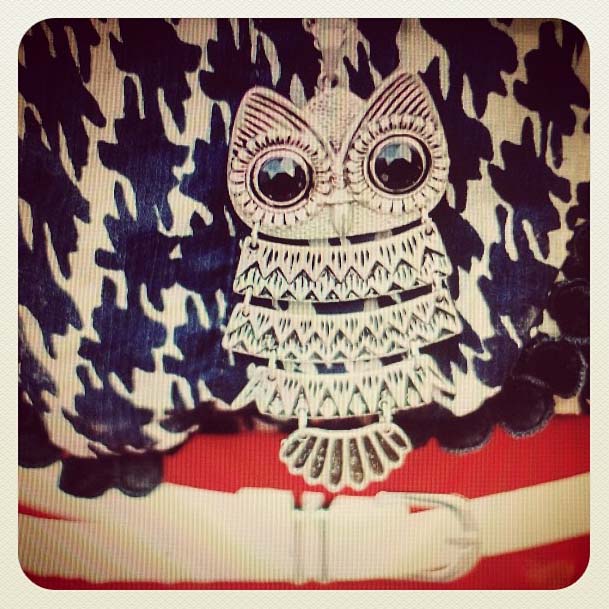 Okay, so after all the shenanigans and hullabaloo over my birthday, I have a few things to tell you guys about. Firstly, a sneak preview of tomorrow’s outfit (owl-fit) post!

Secondly, I am a very lucky girl because I received all sorts of wonderful things for my birthday, including an iPad from the lovely Mr. Summers… how excited was I???? It now means I’m on Instagram (I’ve been desperate to get on Instagram!), so I can get some spontaneous snaps up on my Twitter feed too. What’s that you say, you didn’t know I was on Twitter…?

Well I have to admit, I haven’t really advertised the fact that I’m on Twitter for a reason. I just wanted to see how I got on with it, if it lived up to the hype, etc. etc. (I did a quick survey earlier in the year to find out whether people thought it was a yay or a nay. 62% said yes they’d follow me, so I thought I’d test it for a few months.) And I have to say that I’m quite liking it, I have a few followers already but now I’m going to tell you all where you can also find me (if you’re not ahead of me and already following, that is)!

And while we’re at it, you might as well know you can…

I think that’s it! Facebook is where I draw the line, there’s only so much social networking this old bird can do, plus it is waaaay too complicated for me 😉