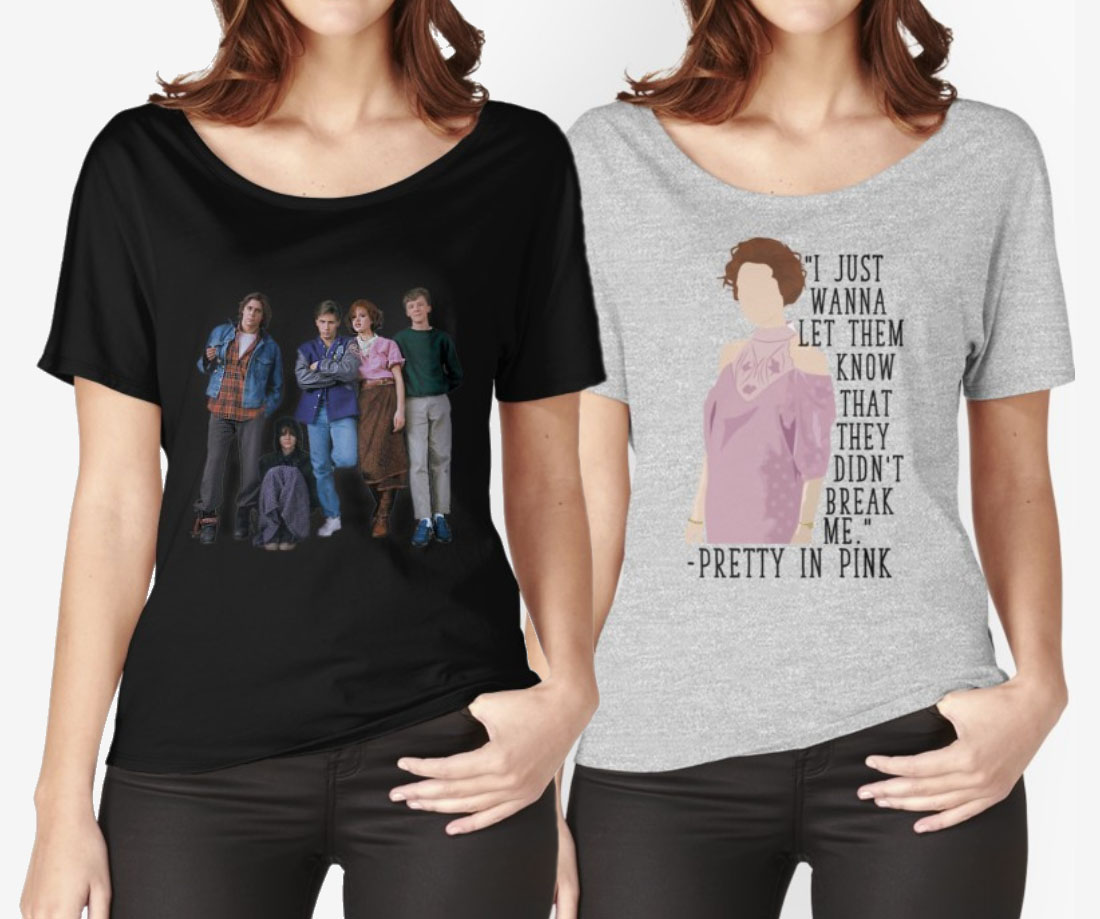 Hands up – who’s ever gone out and bought an outfit (or tried to recreate a look) based on something they’ve seen at the cinema?

I may not have done it for a while, but “back in the day” (otherwise known as the 80s) I was all over EVERY look going in the Brat Pack movies.

In fact, not just the Brat Pack movies (that’d be The Breakfast Club, St. Elmo’s Fire, Pretty in Pink, etc.) but also 80s classics like Desperately Seeking Susan, Working Girl and Dirty Dancing. As a teenager I was constantly trying to emulate what Molly Ringwald, Demi Moore and Ally Sheedy wore.

(At this point of the post I’d just like to say that I make NO apologies for wallowing in nostalgia… Nostalgia is a privilege denied to the young! 😉)

Disclosure: This post was sponsored by Cineworld (click here for my full disclosure). It also contains affiliate links which means if you click through and buy I may receive a small commission. All content is original, however, and opinions are my own and 100% honest.

For this week’s Saturday Share I was asked by Cineworld to share my favourite cinema moments with you for their #CineworldMoments campaign… this is SO easy! I could talk/write all day about my memorable cinema moments. Keith and I are currently trying desperately to find an evening (or Sunday morning) to go and see Bladerunner 2049 and Thor: Ragnarok. We’ve always been regular cinema-goers – I can still clearly remember that the first film we went to see together was Moulin Rouge (funny how you remember these details) in the early days of us seeing each other.

The good news for our movie-loving selves is that tickets for Star Wars: The Last Jedi are ALREADY booked for mid-December. That’s what happens when you’re married to a man who was 7 years old when Episode IV came out in 1977: he always makes sure he’s among the first to see anything Star Wars-related.

But what about cinema moments from my early years?

The most impactful movies

The movies that had the most impact on me in the 80s were two absolute classic teen movies, both by the late great John Hughes: The Breakfast Club and Pretty in Pink. I cannot begin to tell you how much I loved (and still love) those two movies.

Both starred Molly Ringwald – it’s not like I’d cite her as being a major influence on my 13 or 14-year-old self, but it just so happened she starred in both of them.

I saw The Breakfast Club at the cinema in 1985 and Pretty in Pink a year later. Both played a major sartorial influence on me because I was already thinking about my own personal style a lot by that time. But first – a few cinema memories that I’m sure many of you of a certain age can identify with…

(Age 12): I queued around the block (literally) in 1984 for Ghostbusters with my friend Julie in the freezing cold only to have the tickets sell out a couple of people ahead of us. (I can still feel the disappointment even now.) We tried again the next day and this time we got in after my parents went and bought us a couple of hot chocolates to drink while we were queuing. Ah, the days before booking tickets online…

(Age 13, and yes, we were underage…): Wanting to see both The Breakfast Club and Brewster’s Millions (don’t ask) on the same day, I remember my BFF Jo and I running out of one film then racing down the road to the other cinema to catch the start of the next one. I can’t remember which we saw first, but I know which made the most – and the most lasting – impact on me. (Clue: It wasn’t Brewster’s Millions.)

(Age 14): This was THE film that all the girls wanted to see on the last day of term after school. As we were leaving, I can remember the deputy head asking us what we were doing with our half day – we told her we were off to see Top Gun. I can remember her rolling her eyes and muttering something about whether any girls were NOT off to see it. Seems the whole of my school were off to the cinema that afternoon to watch some fast planes and a now-legendary volleyball scene for the first time.

(Age 14): I was well-versed in the Brat Pack by this point (Rob Lowe dominated most of my waking thoughts, and it’s weird to think he’s still got it 30 years later). Another John Hughes movie at the cinema? Of course I was going to see it. What I wasn’t prepared for was seeing a vintage-clad Molly Ringwald, dressed NOTHING like the other pastel-covered, mid-80s preppy students.

I can remember coming out of the cinema and thinking that this was EXACTLY how I wanted to dress. Up to that point I thought I’d wanted to dress like she did in The Breakfast Club (where the costume designer put her in head-to-toe Ralph Lauren), but after Pretty in Pink? I wanted to wear granny cardigans, embellish everything, make my own clothes, go to vintage stores and charity shops.

What’s utterly amazing is that her outfits Have. Not. Dated.

If you’re not familiar with her style in that movie (I’ll only accept you being born in the 80s or later as an excuse), then check out this Pretty in Pink style dissection – it shows you just about every outfit she wore. To be fair, I would still HAPPILY wear all her outfits*, even now. It proves just how much of an important part good costume is to a movie.

So yes, clothes and fashion are my thing, and fashion in movies is up there where Things That Make Me Wallow Happily in Nostalgia are concerned.

I know I’m not alone in loving clothes in movies – but what are some of YOUR favourite memories of going to the cinema? Who remembers when people used to smoke in the cinema?! Ever had a first date at the movies that led to something (or someone) quite serious?

*In case you’re wondering – the prom dress is the exception. Yes, I hated it too and remember being HORRIFIED when she walked on screen in it. True fans will know what I mean…