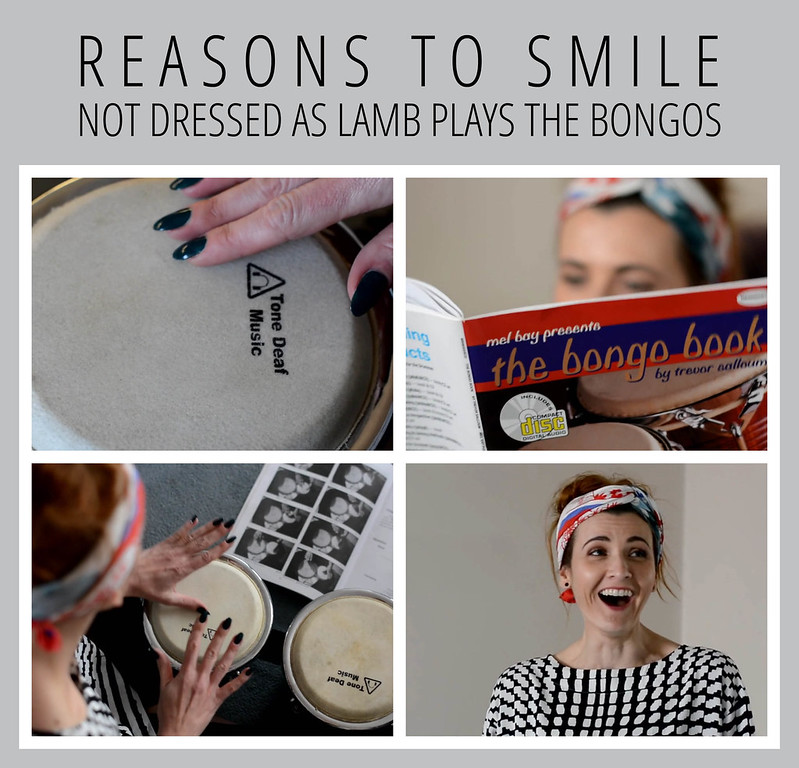 Last week Nivea launched their Reasons to Smile campaign: They’ve launched a film based on research which found out that the act of smiling takes an average of two years off a person’s age. Now that’s more than enough reason to keep smiling, never mind the crow’s feet…!

On Friday I shared my secrets to staying and looking young – and today I have the film I made as my part of the campaign to share with you. The brief was to showcase something in my life that makes me smile, and I chose my love for playing the bongos… yes, that is a lesser-known fact about me: I’m teaching myself to play the bongos. It’s taking an awfully long time and I’m very much a beginner but it’s something I’ve always always wanted to do. A small group of bloggers from Britain and Europe were asked the same question (including my gorgeous bloggy friend Vicki of Honest Mum) and parts of our films were included in Nivea’s campaign.

Read on for details of Nivea’s competition they’ve launched alongside the campaign, meantime here’s my short film that hopefully captures how much I love playing the bongos – I hope you like it!

The question is… what makes you smile? Do share in the comments and don’t forget to check out the Nivea campaign video and enter the competition 😀

Submit what makes you smile on NIVEA’s Facebook page with the hashtag #MakesMeSmile for the chance to win a Q10 product hamper:

P.S. Don’t forget to check out my My Skincare Secrets For Staying (and Looking) Young / Nivea Q10 Review!

I have written this post in collaboration with Nivea. All content is original, however, and opinions are my own and 100% honest.