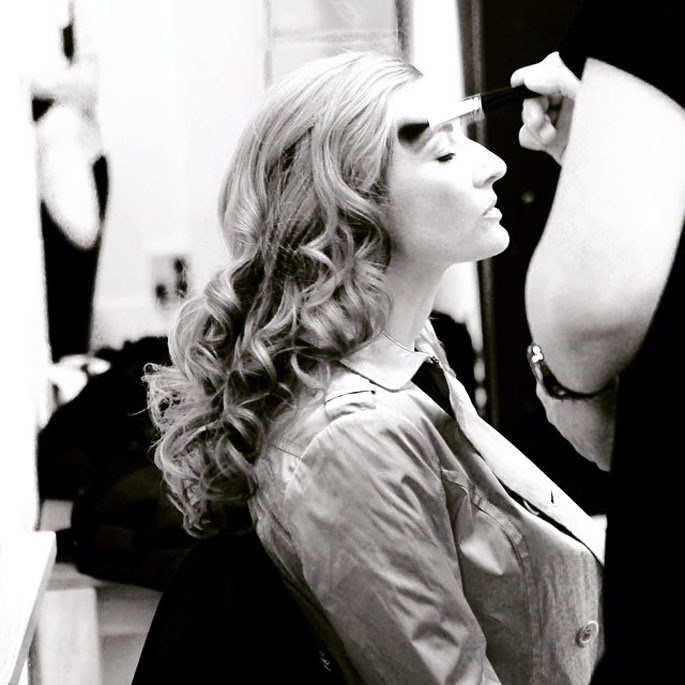 You may have seen on my Instagram feed a photo shoot that the husband, Silver Londoner, and I were part of for hairdressing group the Francesco Group earlier in the year.

As their “Time to Shine” collection has now launched I have some behind the scene photos and stills from the video they made about the day to share with you. It actually took me a while to recognise myself in the black and white photo above – the lighting made me look like a blonde…!

Their idea was to use “internet sensations” (their phrase, not mine – I’m hardly one of those yet) to model hairstyles for 2015. The husband ended up looking like (to me) a Mafia boss with his two sons, and I gained a gorgeous 10 year old daughter (the shoot was for Mother’s Day) in the shape of child model Harley Chapman.

If you’re thinking that Harley looks familiar, it’s because she’s actually known as a “mini Cara” and has appeared in lots of campaigns, including a series for Withings where she recreated well known Cara Delevingne images including one with a Kate Moss lookalike (see final two pictures, below). She also has a (very popular) Instagram account – definitely a rising star; she was also the sweetest, most un-brattish little girl ever, considering what she’s doing)…!

Hope you enjoy the photos – let me know what you think in the comments! 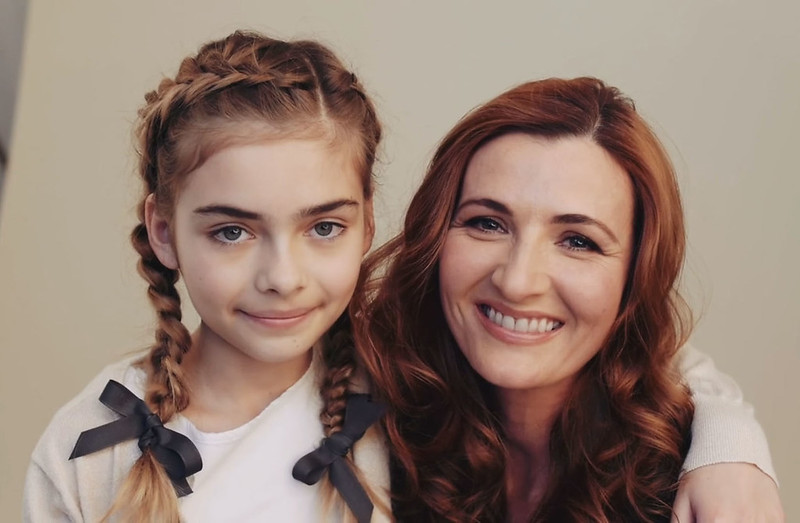 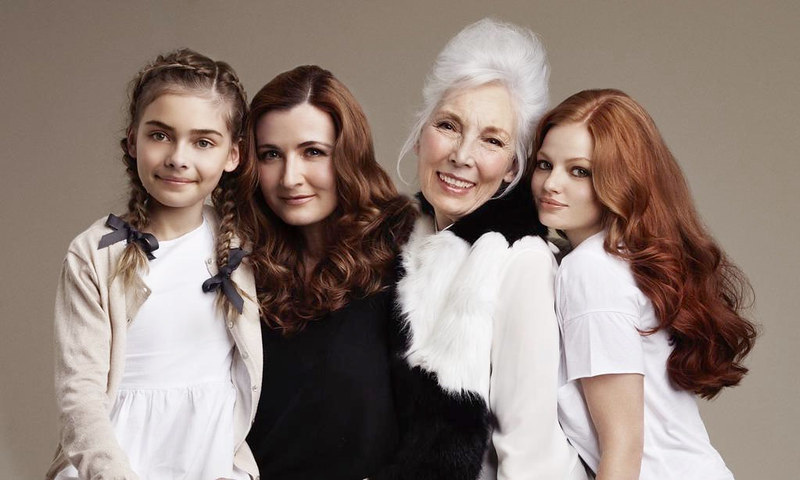 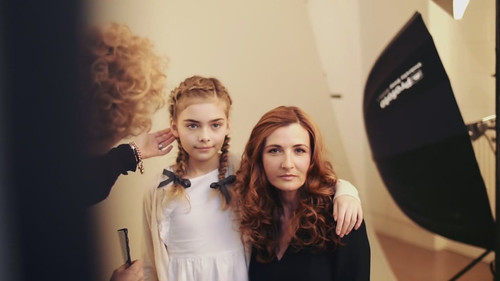 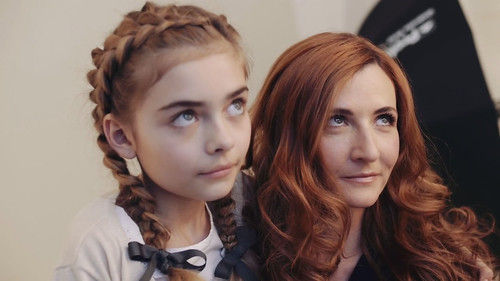 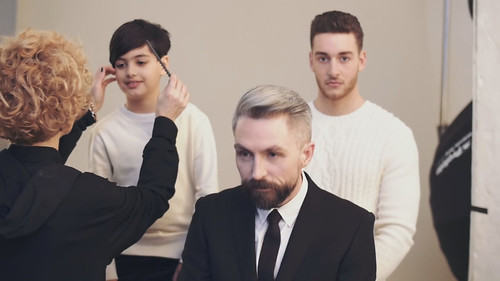 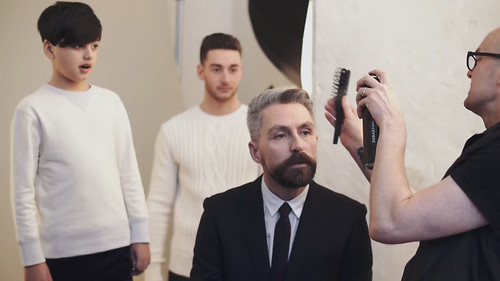 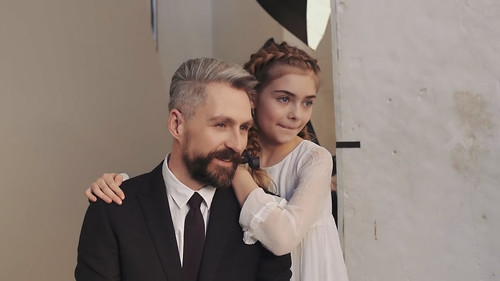 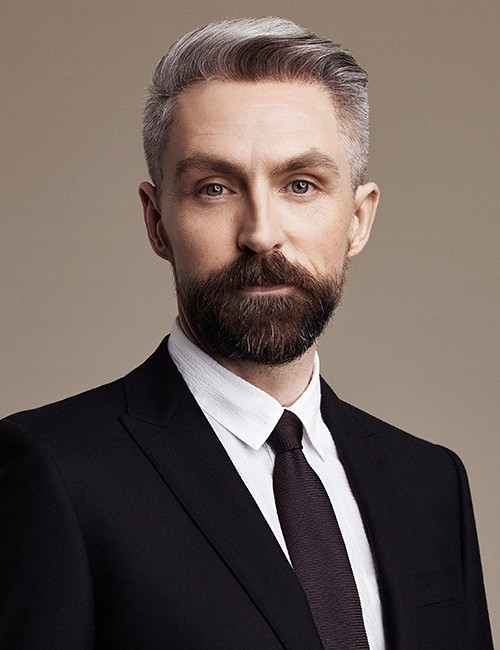 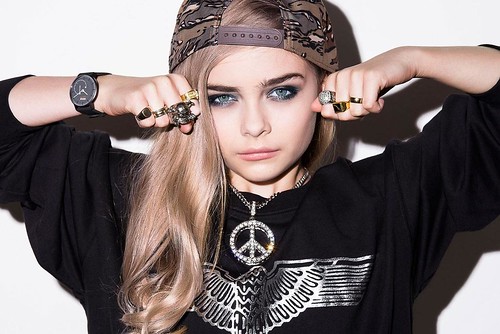 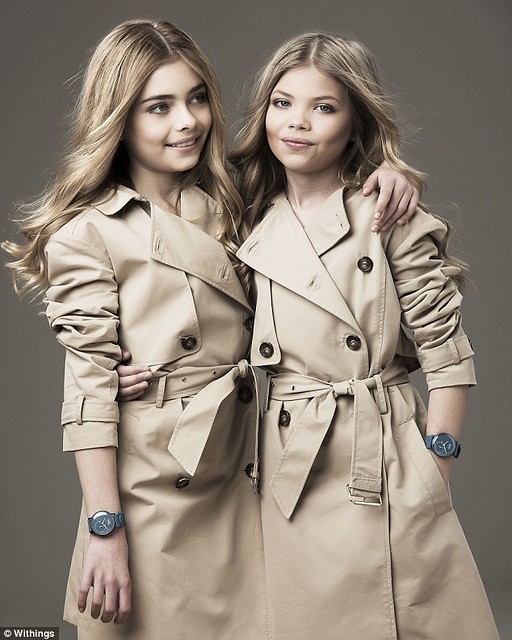