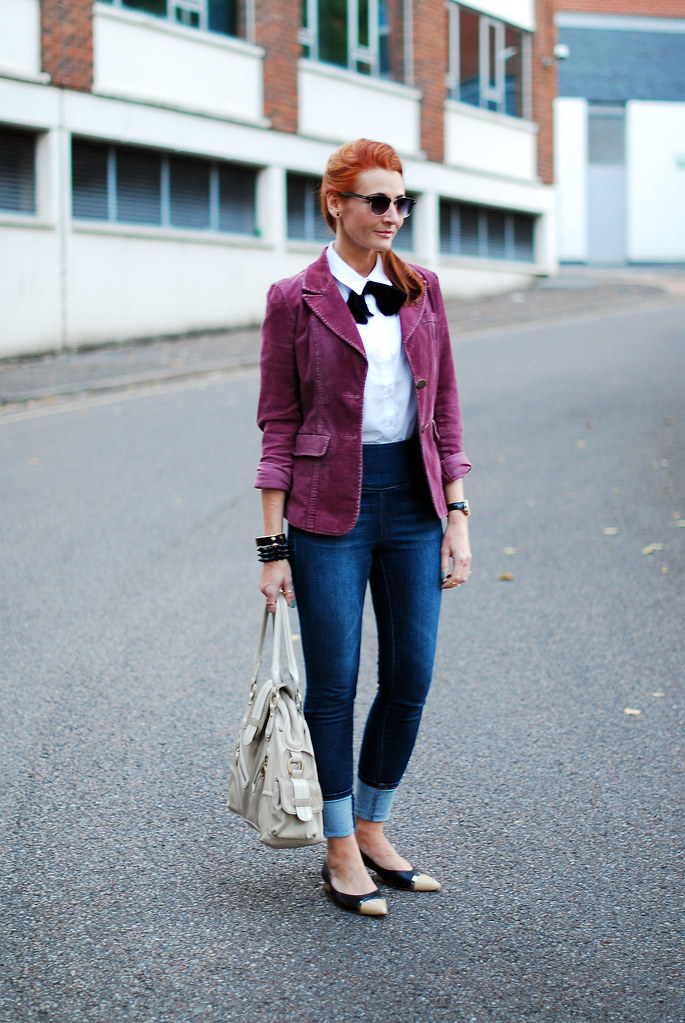 After seeing the photos of this outfit, I now think (in retrospect) that this should be my Doctor Who outfit.

In other words, if I were the next Doctor – yes, a female Doctor! – this is what I’d wear. A little bit Matt Smith (blazer), a little bit William Hartnell (neck bow tie), a little bit me (skinnies and pointed flats). Which is apt, considering I wore this the day we went out for a late afternoon meal then rushed back home to catch the first episode of the new series. And yes, I approve of the new Doctor 😉

I love masculine touches in an outfit now and then: a corduroy blazer and a crisp white shirt with a velvet neck bow tie; clubmaster style sunglasses (mine aren’t Ray Ban unfortunately); dark denim with pointed flats to add a certain smartness (is that a word?) to the whole look. I had absolutely no intention of dressing the part that day… it just happened, and I happen to think it’s very Whovian.

What about you – what would you wear if you were the new Doctor? Would you go for something masculine chic like me, or something more feminine? Where would your inspiration come from (previous Doctors, the catwalk, celebrities)? Do share in the comments, I’d love to know! 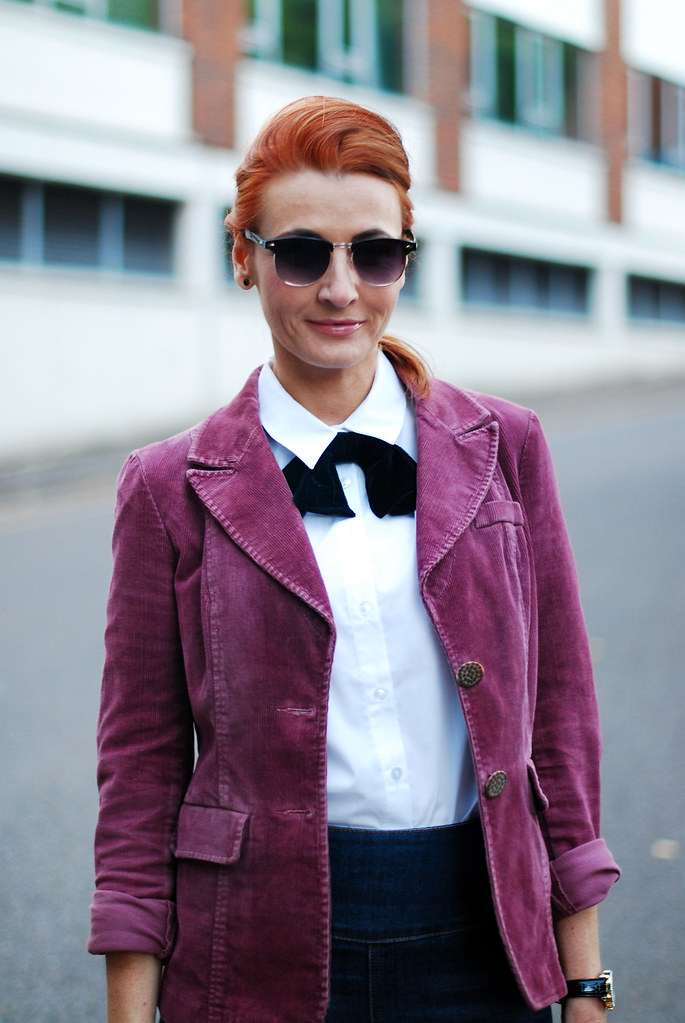 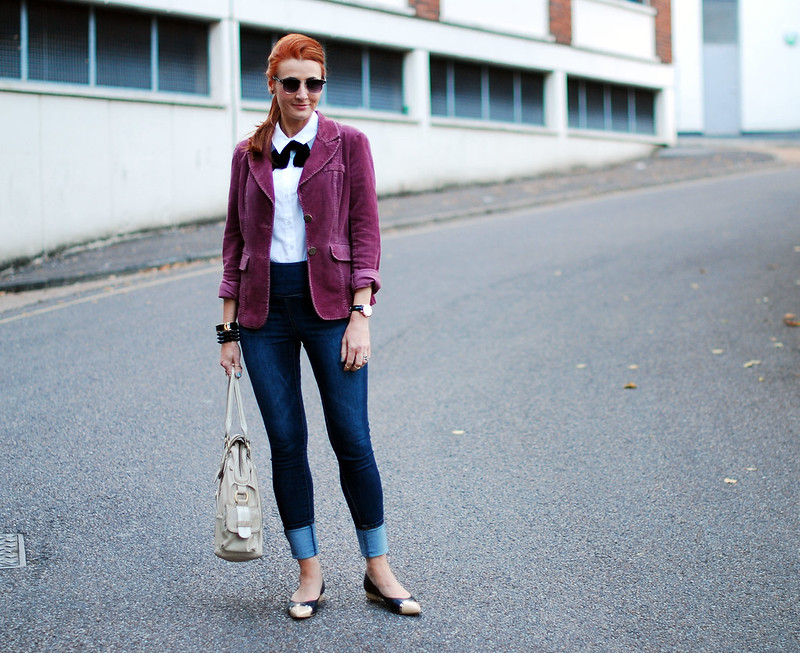 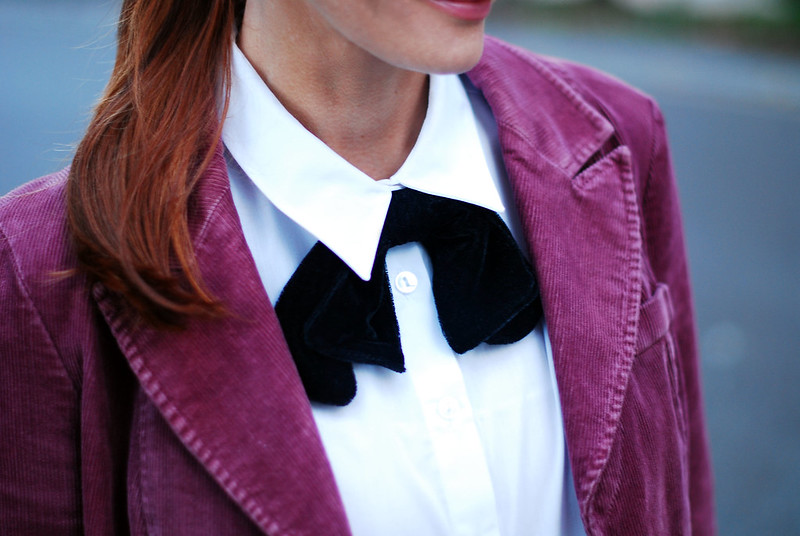 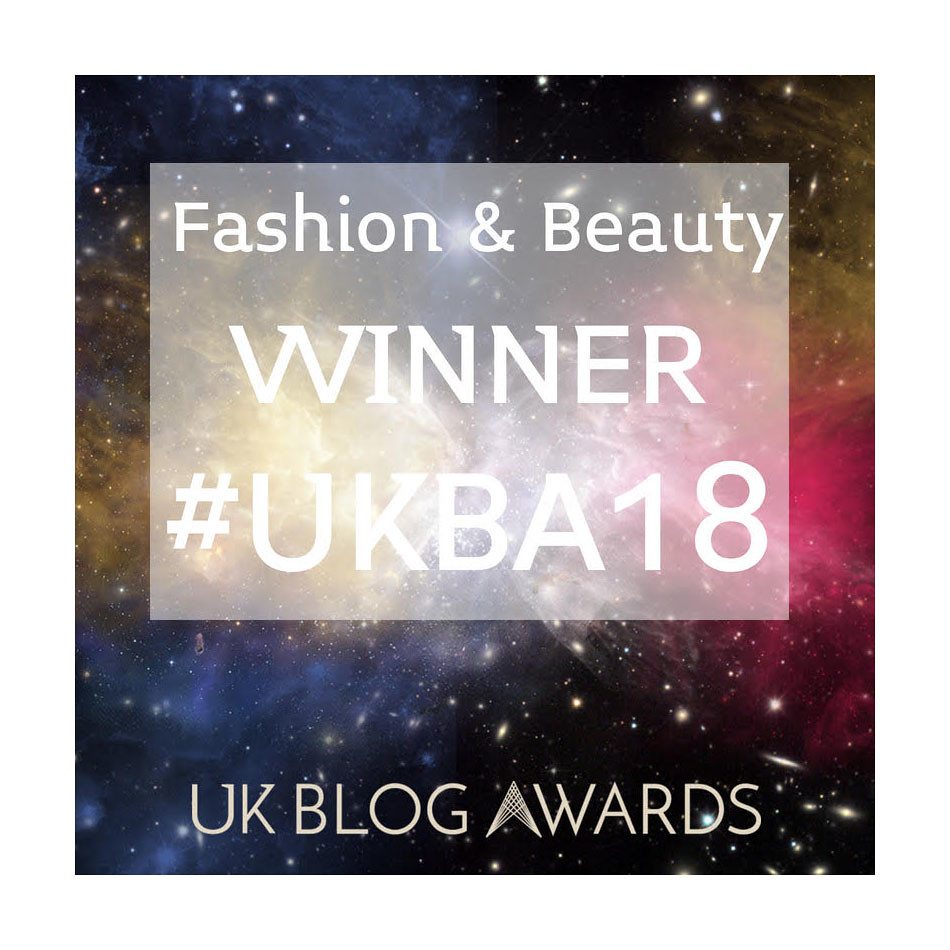