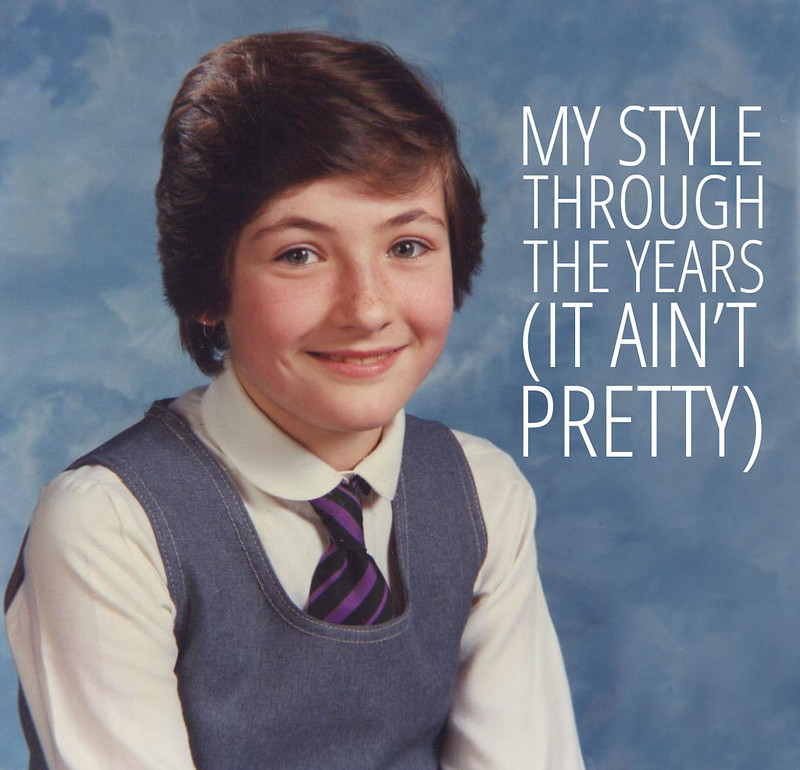 In 1982, when I was about 10, I noticed that my 19 year-old older sister Vickie was wearing one of those pie crust-collared Princess Diana blouses and I thought she looked fabulous. Following this sudden desire for something flouncy and fashionable (and pondering the contents of my own wardrobe), I had a fit at my poor mother because I wasn’t allowed to wear “fashionable” clothes. This of course wasn’t true, I just hadn’t shown any interest in fashion (as opposed to clothes or dressing up) up to that point. And Vickie, bless her, went out and bought me an almost identical blouse… that blouse was the first treasured item of fashionable clothing I can remember having.


And thus began a long fashion love affair set to last and last between me and my wardrobe. Now although that blouse was the height of fashion at the time, not everything I chose after that point necessarily reflected the same fashion savvy my sister showed. Having gathered together a number of embarrassing photos of myself for a collage displayed at my birthday party the other week, I thought I should share some of the best (worst?!) ones with you lovely readers. I hope you’re ready for this – there’s some shockers…! 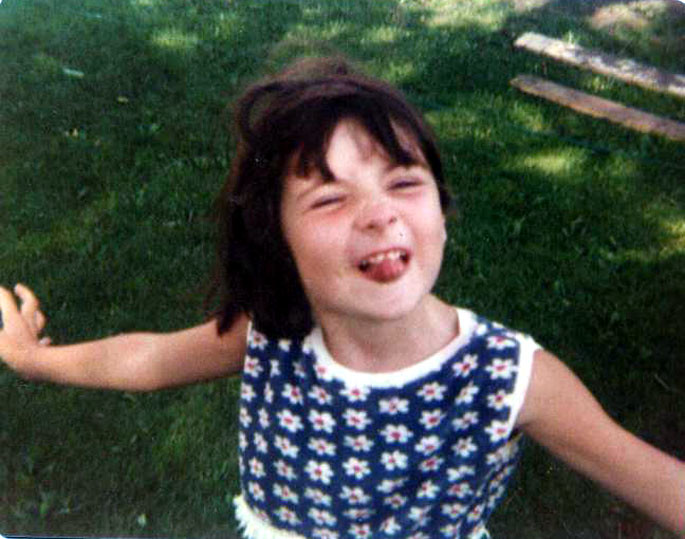 1976, aged 4
Wearing a floral, fringed crop top and demonstrating some wonderful manners. We lived in Canada when I was little [I’m English], so I can only remember wearing either summer dresses or ski suits with a balaclava – that’s it. 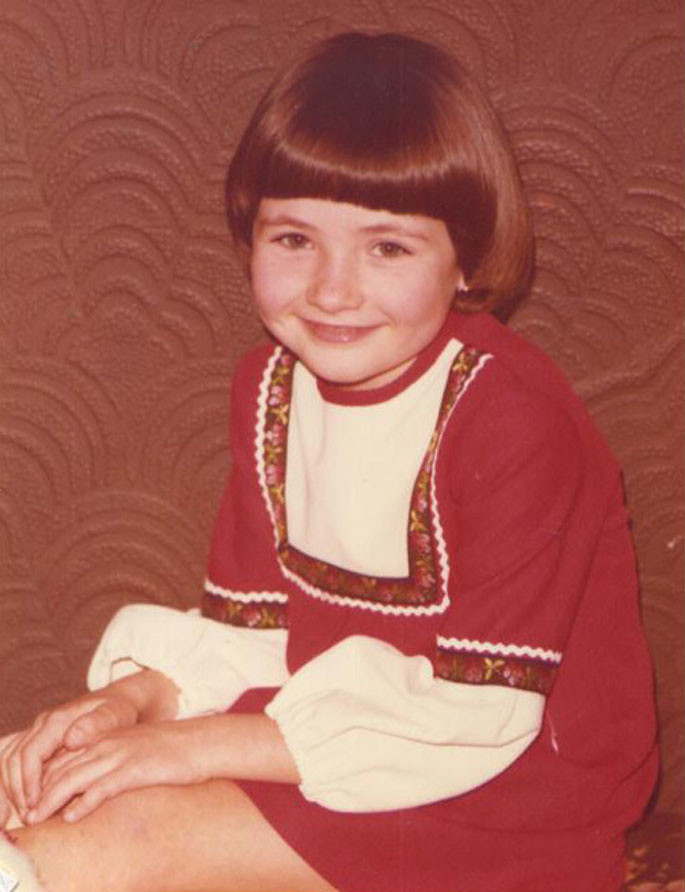 1977, aged 5
This is the most perfect bowl haircut I’ve ever seen – I bet my mum was hovering behind the photographer with a comb. The dress looks like it had a fight in a haberdashery department  – oh but it is pretty 😉 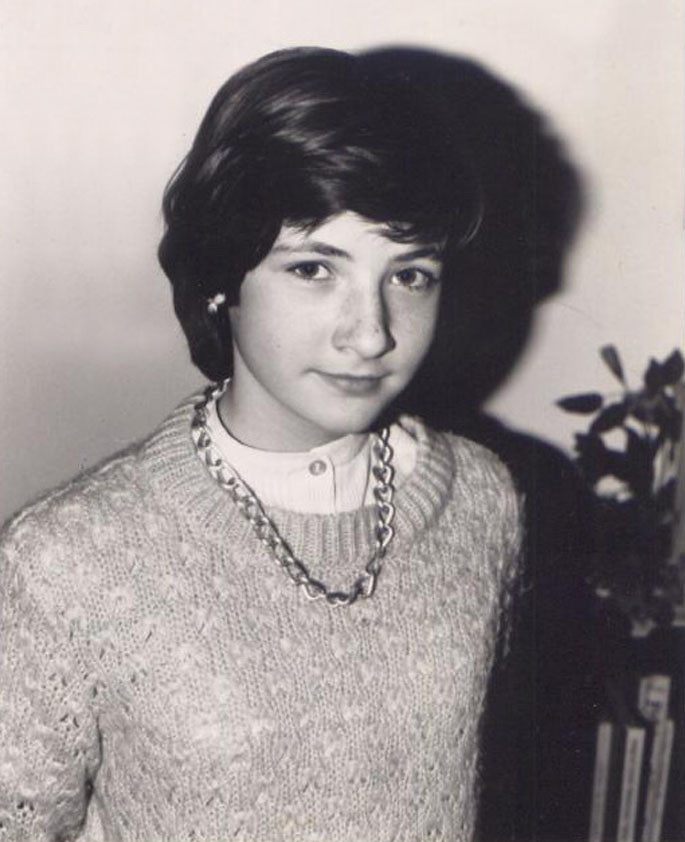 1982, Aged 10
This was around the time of the Princess Di Blouse Debacle. Who would have thought those necklaces would come back into fashion 30 years later…? Thankfully that hairstyle hasn’t reared its ugly head again. 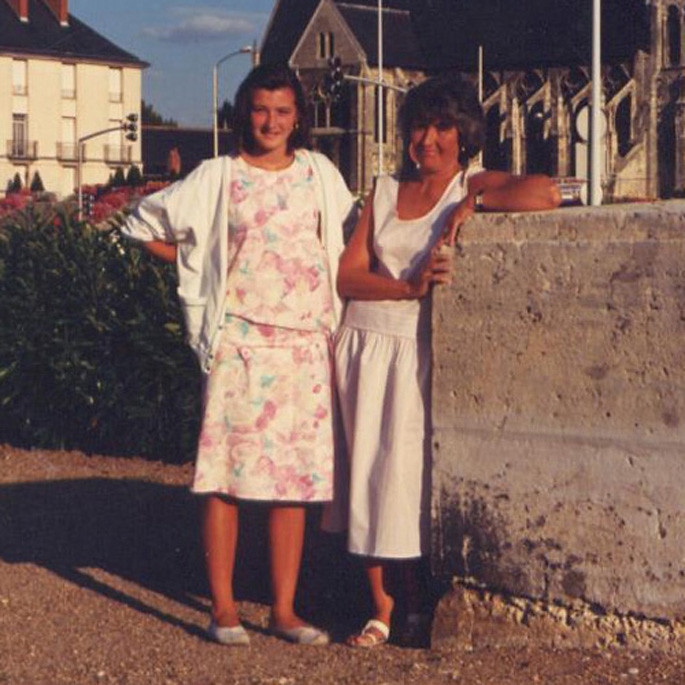 1986, aged 14
At this age fashion had properly entered my consciousness, albeit in a flowery, drop-waisted bad skirt length kind of way. Though if you didn’t grow up during the 80s it would be hard to detect any fashion sense going on here. Plus posture wasn’t my strong point. 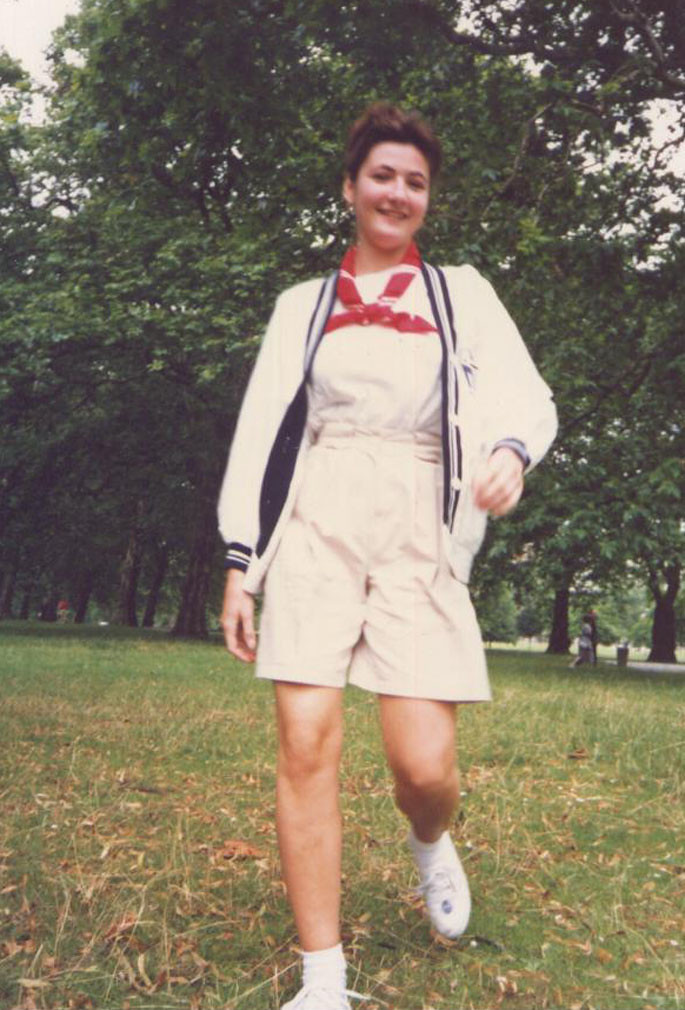 1988, aged 16
Probably the most horrific picture here (I have a feeling I’ll regret putting this one up). All I’ll say is that the band Bros had a BIG influence on what I wore, it wasn’t my fault! I couldn’t help it 🙁 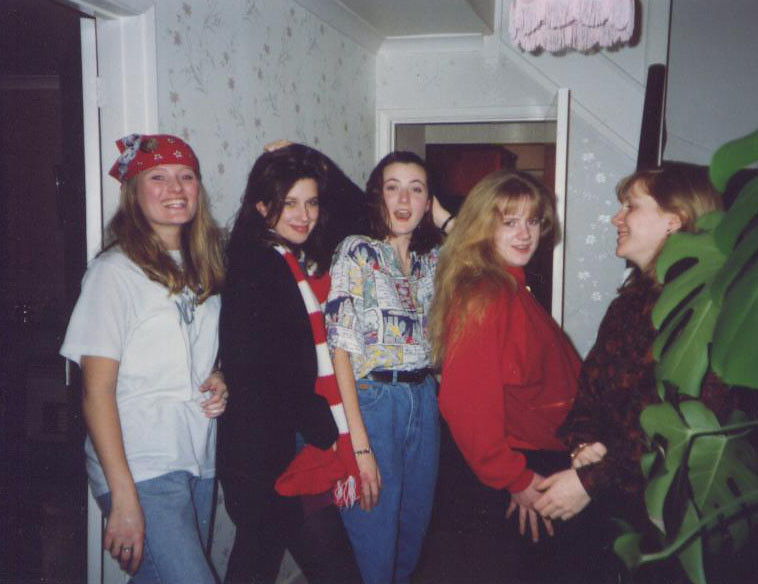 1989, aged 17
High-waisted, voluminous ‘mom’ jeans and a comic strip shirt. No wonder I look so shocked. 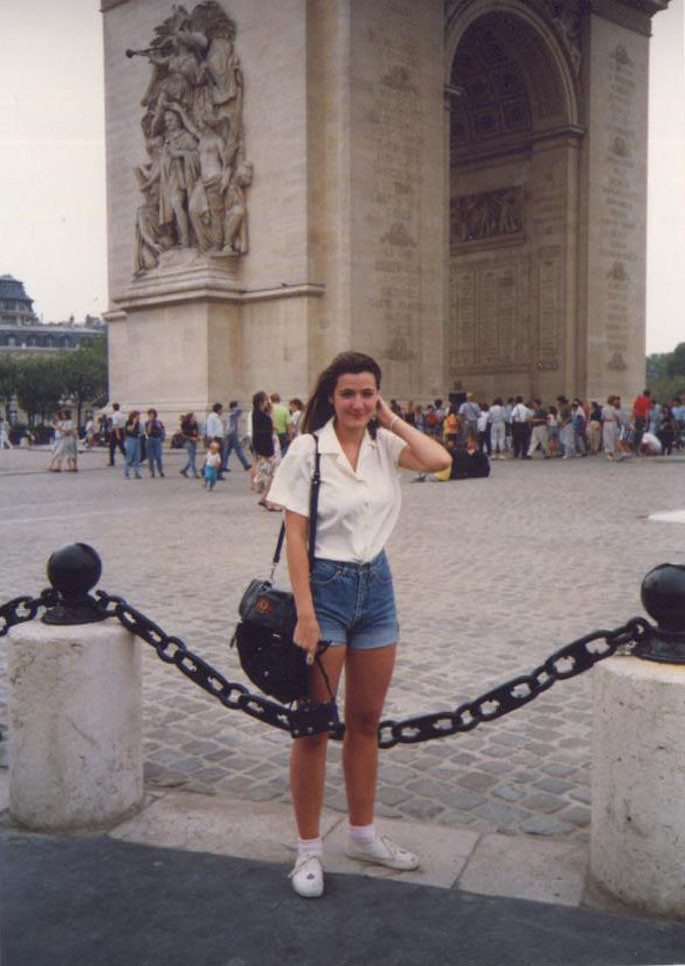 1989, aged 17
Wearing denim shorts in Paris I kept getting my bum pinched. A LOT. (Does that still happen to women in Paris now…?) Oh and check out me holding my first SLR. 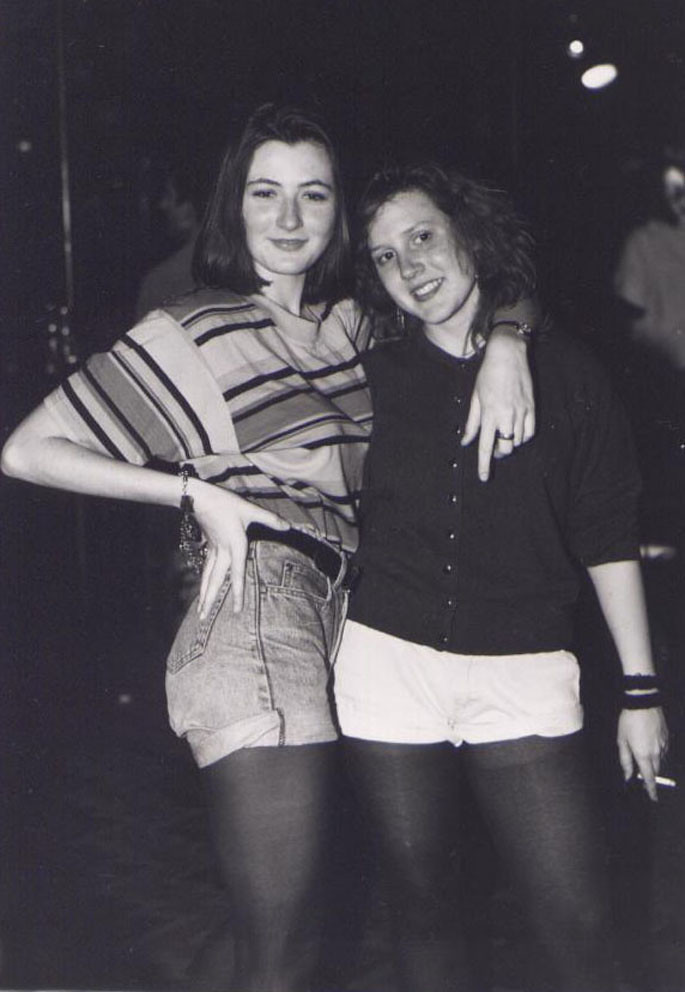 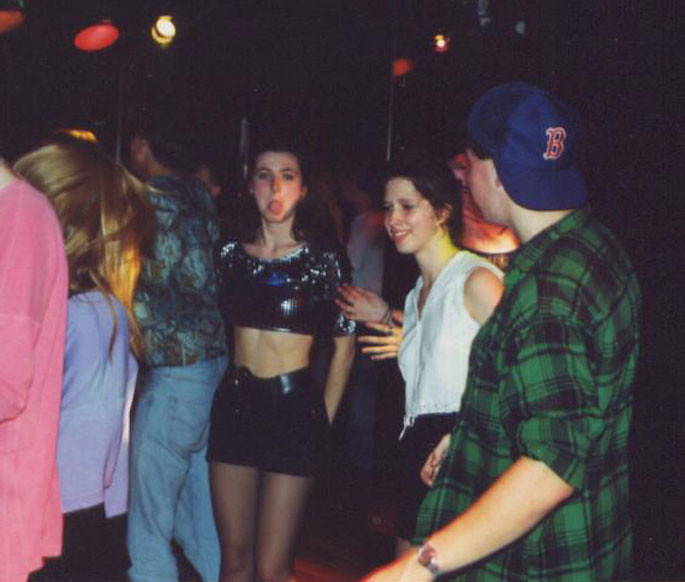 1990, aged 18
I wasn’t joking about the shorts, they’re just not denim this time. I can’t believe I actually went out like that – not once did my dad ever say “you’re not going out dressed like that young lady” to me?! Plus my manners towards photographers hadn’t improved. 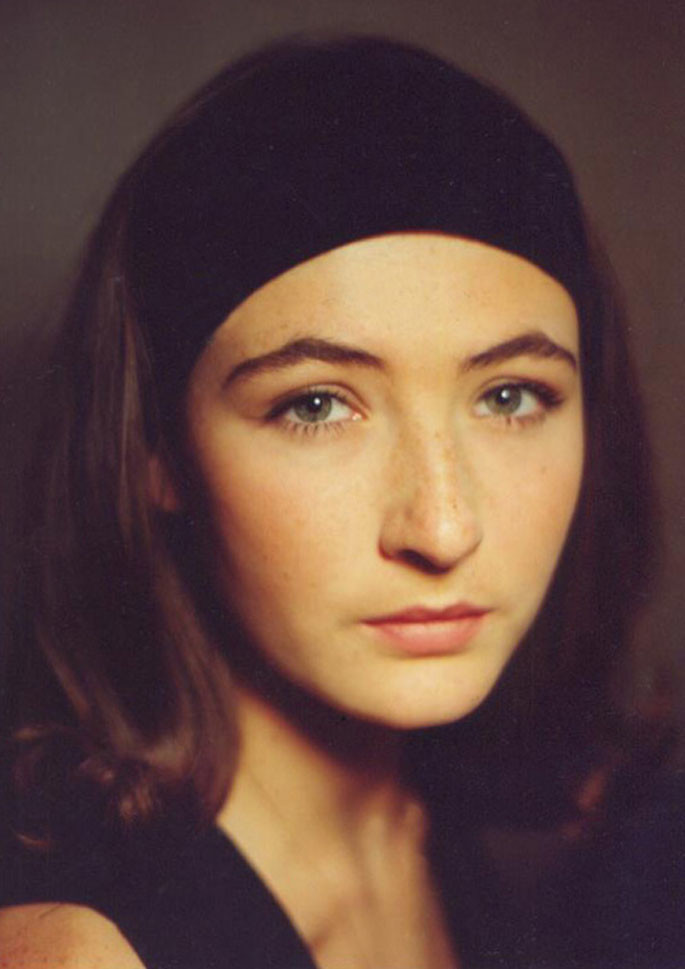 1990, aged 18
How hilarious is that longing stare? By this time I was surgically attached to my camera and photographed my friends and family all the time, and that included the odd self portrait. Unfortunately it’s hard to take it seriously with the massive eyebrows and Deee-Lite hair. 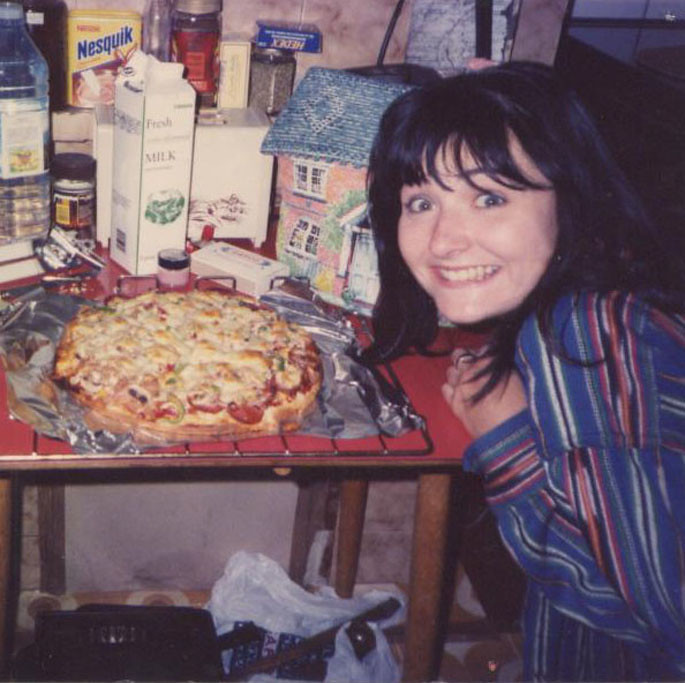 1992, aged 20
When I went away to college, I dyed my hair black and wore a lot of grungy clothes. And by the looks of it, I lived in a hovel and got excited about home-made pizzas. =oh god, so awful= 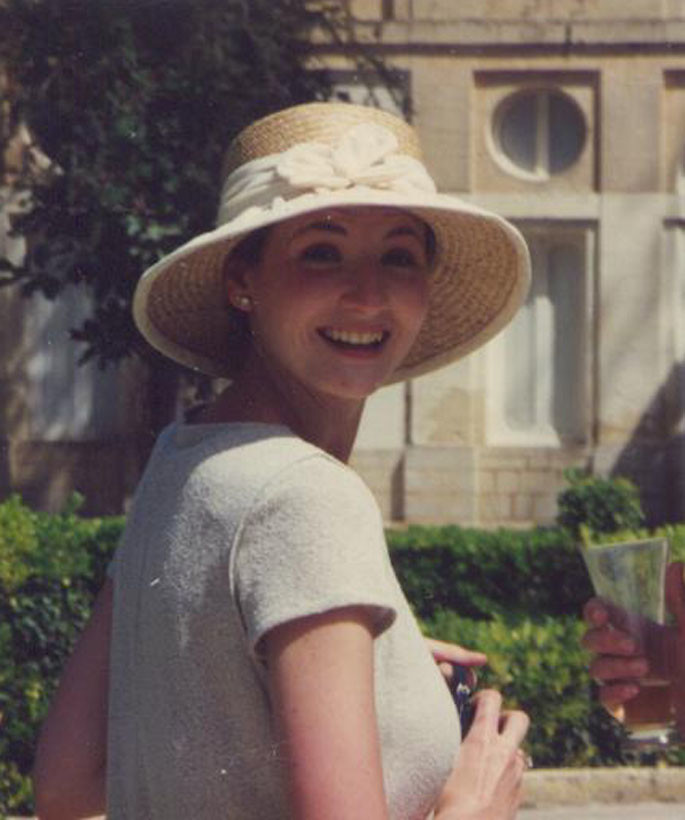 1994, aged 22
A “nice” outfit I wore to my brother’s wedding. It was a matching maxi dress and long sleeveless jacket… what you can’t see is my cropped blonde hair under that delightful straw hat. 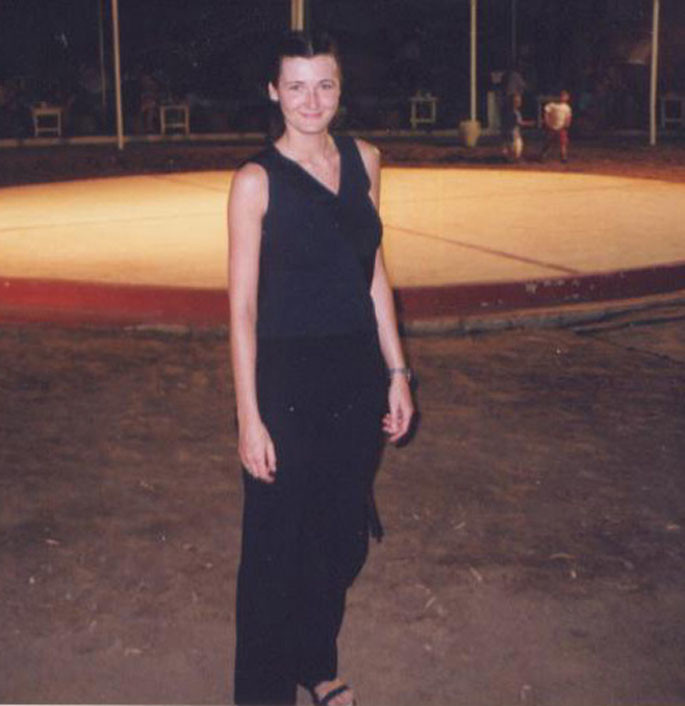 1999, aged 27
Here’s the proof that yes, once upon a time I used to wear all black. Except I didn’t realise that it would make my thin arms look like long twiglets. I know better now. 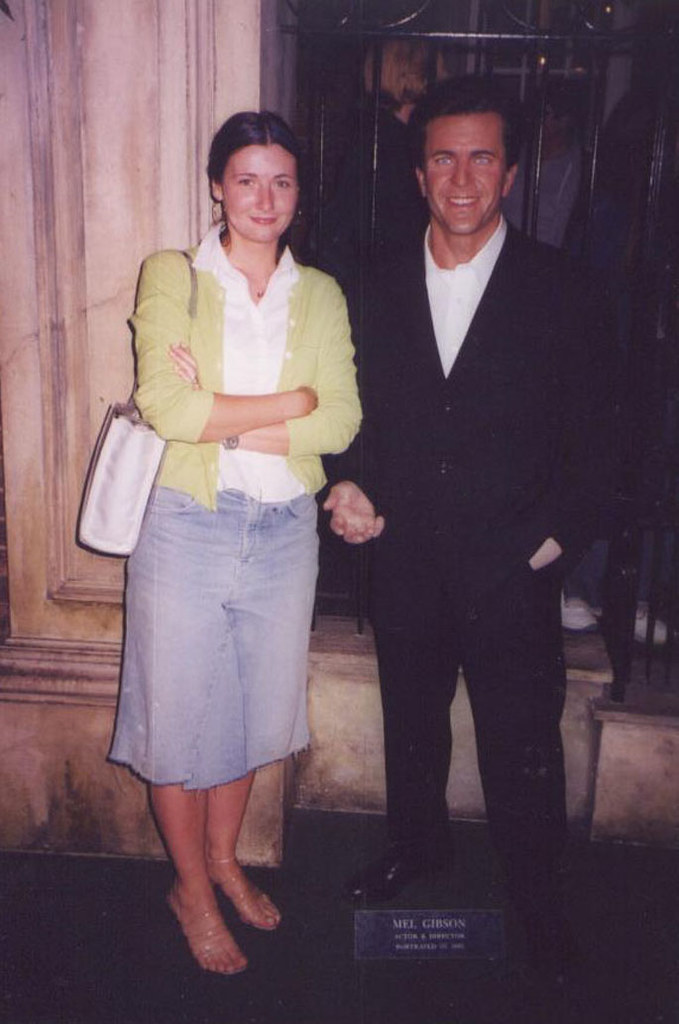 2000, aged 28
Does anyone else remember making denim skirts out of pairs of jeans? I made this out of my brother’s old 70s pair. Plus I had transparent plastic shoes with a bag to match… I think Mel Gibson liked the outfit more than me. 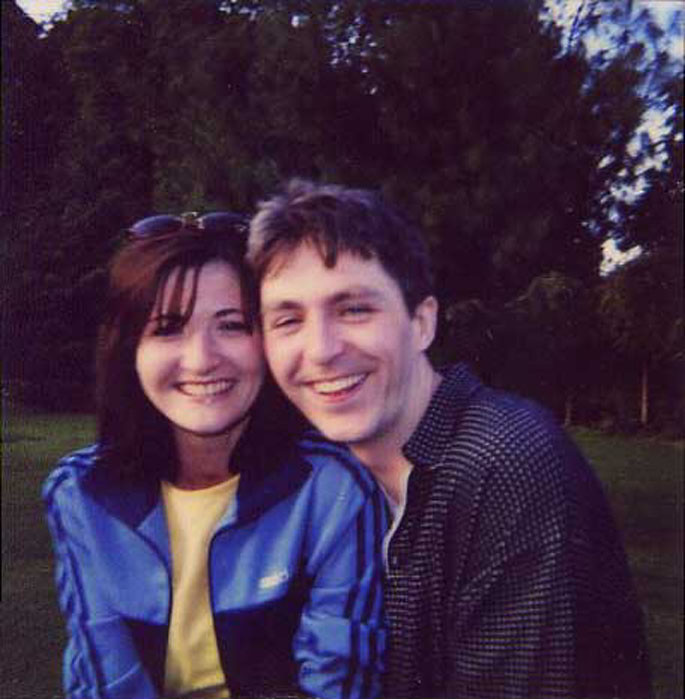 2001, aged 29
Although I should really mock myself for wearing my dad’s vintage 70s Adidas tracksuit top, I do treasure this (Polaroid) photo because it was the first ever one taken of me and Mr Summers together.

And as that heralded the start of my life with Mr Summers, I think it was a good photo to end on. I do apologise for some of the horrors featured above, but I thought it was about time I gave you all a laugh and showed you how wrong, so very wrong, I used to get it.

So was it merely because of the fashions at the time, or was I actually quite hopeless at dressing myself? I just can’t imagine all the young, super stylish bloggers around at the moment looking back in 20 years and thinking how daft they looked. I don’t remember being known for being a trend-setter when I was younger, though I was always interested in fashion. When new trends come out we all (in most cases) embrace them like they’re the best thing since sliced bread, wear them to death and of course inevitably laugh at ourselves about 15 years later.

Something blogging has taught me, however, is what my own style is and how I should dress for my body shape. Doesn’t mean I get it right every time, but I sure have fun trying. This blog will provide some belly laughs I’m sure come 2032 😉