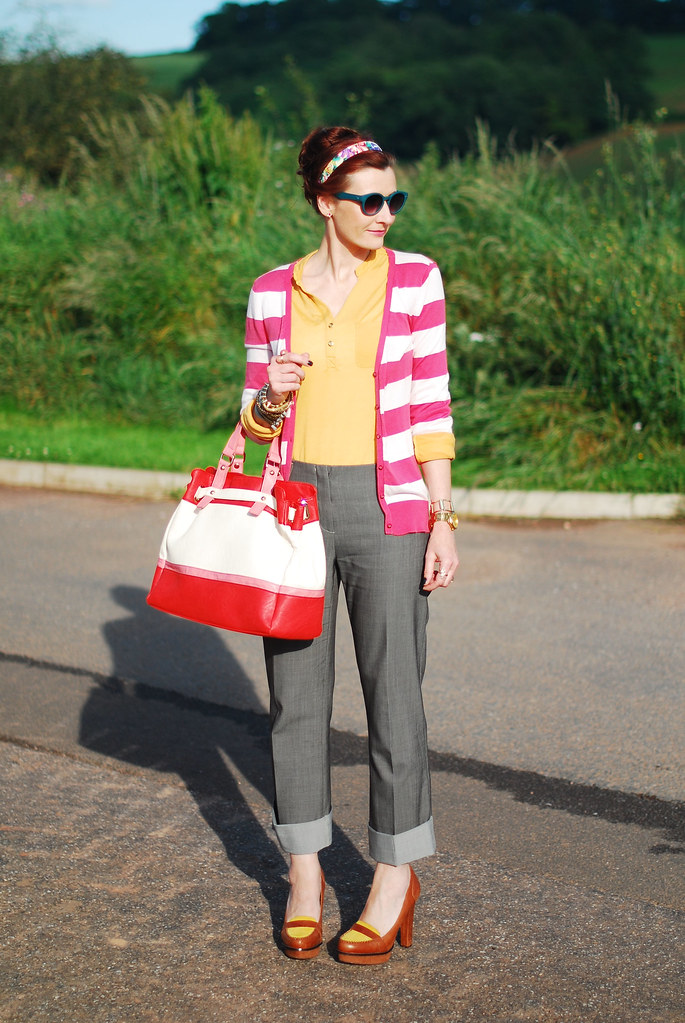 Although I want to talk about my new favourite day-at-the-office outfit, I have to first mention the last photo (I promise you, it’s NOT photoshopped): if you look very closely you should see something…

In fact, if Mr. Summers had taken another photo a split second later, it would have been of me flailing about as the busy little bee [okay, hoverfly] flew right into my face 🙂

So, my outfit … an office favourite simply because it was thrown together that morning and surprised me how coordinated it looked, but only after looking at the photos. Do you guys ever do that – you quite like an outfit when wearing it, then see the pictures and you realise it actually looks so much better than you thought…? Usually it’s the other way round for me so this was a nice surprise!

Oh and Happy Thursday! My last as a 30-something (did I mention it’s my birthday on Monday… 😉