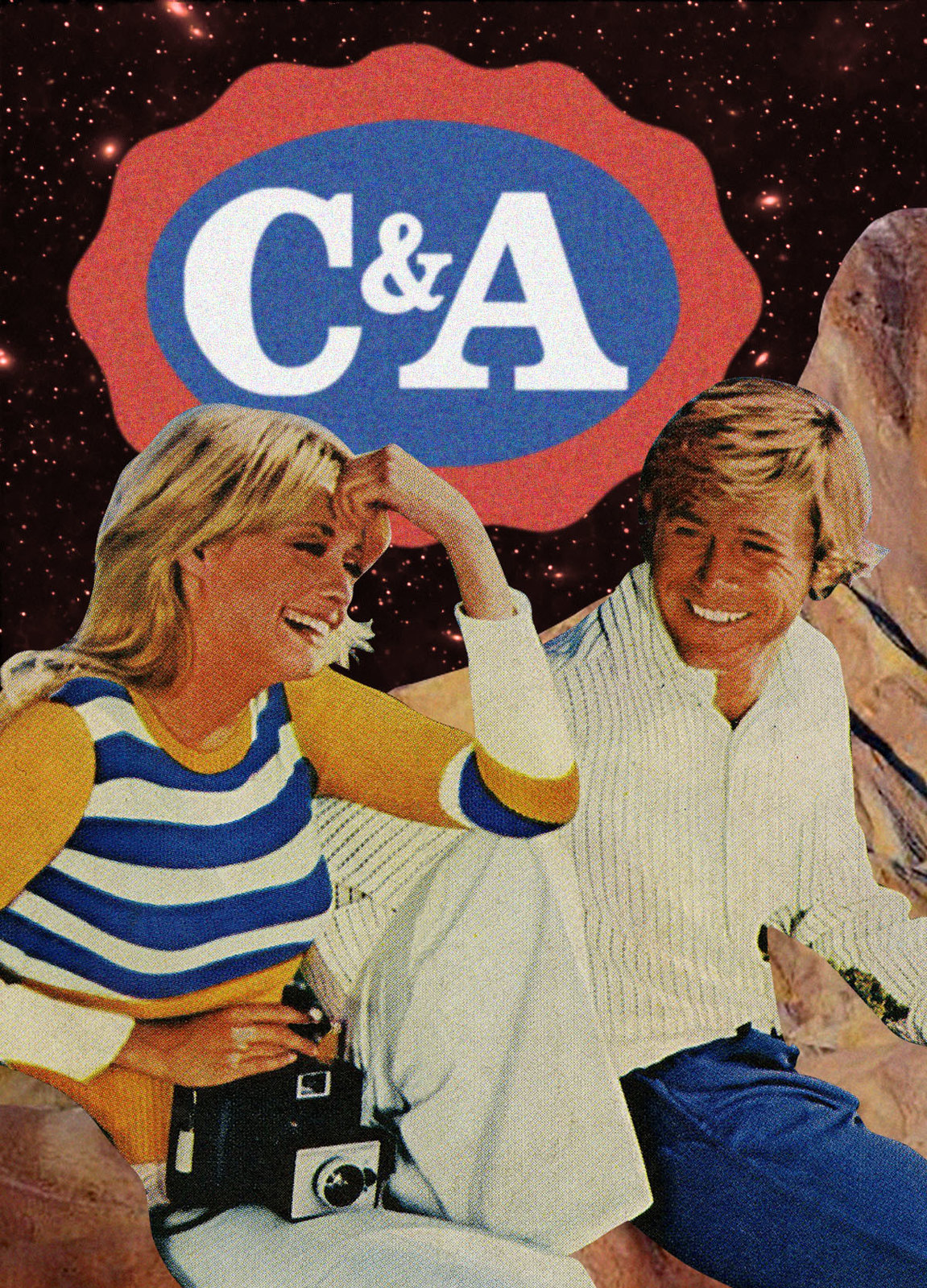 The other day I read something that mentioned Tammy Girl, a clothes shop from my youth I hadn’t thought about in YEARS. It’s safe to say that the memories came flooding back.

As someone who became a teenager in the Summer of ’85, I could remember exactly what the shop interior was like: a hub of bright 80s colours and punchy graphics, filled with teen versions of what I’d seen my favourite artists wearing on Top of the Pops on Thursday night. I always wanted all the items I ever saw in there which were, of course, just about as 80s as you could get. If memory serves, it was attached to Etam, the grown-up version of the same store.

And if you didn’t buy something new from Tammy Girl to wear to the school disco (like a ra-ra skirt or white stilettoes), then who even WERE you?!

It got me thinking: what other clothes and shoe shops from my youth had I not thought about in 20 or 30 years? Those that aren’t around anymore, that either drifted away or went out with a bang (like Debenhams has recently done)?

After some extensive research*, I bring you my list of now-defunct clothes and shoe shops that I knew in my youth (i.e. mostly the 1980s, but a few that I frequented in my 20s in the 1990s).

*read as: I Googled “closed shops in the UK”, found the relevant Wikipedia page, made note of shops I knew/remembered.

These are shops that were in the UK, so apologies for the UK-centric nature of this post… however the comments should be not only for Brits to talk about those mentioned in my list (and add their own) but ALSO for those outside the UK to list their own shops of the past for others to get all nostalgic over.

(So don’t forget to put which country you’re talking about when commenting!)

Btw I have found out some of the listed ones below still operate in other countries, so let me know if any of these are open where you are. Some got swallowed by other brands so might still have an online presence or operate within department stores, but the ones I’ve listed have definitely disappeared from the British high street.

I SO want to know which ones you remember and what memories you have of these – or any others!

Perhaps the most nostalgic of them all, C&A in Reading, Berkshire (where I grew up) was a mecca of clothes and accessories, but it was always just a little bit uncool. I can remember the massive entrance and the very dim lighting (did it have black walls?!) and being in there with my mum, wishing I were shopping with my friends instead. It was, however, a shop that was grown-up and, er, ‘tranquil’ enough for my mum to go into with me.

No loud Kim Wilde or Thompson Twins tracks blasting out to offend her eardrums in there, ohhh noooo.

The coolest shop on this list (IMHO), Chelsea Girl was where I wanted to get ALL my clothes. I seem to remember that when Chelsea Girl closed down it became River Island, but the former will always have a place in my heart.

And like Chelsea Girl, Dolcis was the coolest shoe shop. This was the shop that sold the white, low stiletto heels that my mum FINALLY agreed to buy for me. I wore them to my (I think) 13th birthday party in 1985 and oh GOD did I feel the flippin’ bee’s knees in those shoes. Thank you for the memories and those heels, Dolcis.

The grown-up version of Tammy Girl – for some reason it makes me think that that’s where the girls in The Human League and Pepsi & Shirlie would have shopped. Too clean and safe for Bananarama though (pre-Live Aid days when they were all dungarees and check shirts).

A shop I frequented in the 90s when I worked on the King’s Road in Chelsea. I seem to remember everything being TINY, skintight and/or cropped.

I was dragged here by my mum, mostly to get things like pants and socks and nightwear. NOT a shop where you wanted to bump into anyone you knew.

See Kookai, above. I do remember buying a tight, colour-block stripe faux-leather cropped top from Morgan (in black/tan/white blocks) that I used to wear with beige cargo pants and white platform Spice Girls-style trainers during my full-on clubbing days in the 90s. Oh, those were the [abs-out] days…

Another shoe shop my school shoes came from, what joy.

Wow, now THERE’S a shop I hadn’t thought about probably since they closed. I only have a vague recollection of Snob… can anyone shed any light on what it was like? I’m sure I shopped in there at some point.

Another shop that’s made me go, Oh yeah whatever happened to Tie Rack, they just sort of disappeared with no one noticing, didn’t they…?

Whilst looking up defunct brands, I found that there are some shops still operating that I honestly thought had died a death a long time ago. I do live in the Westcountry and so we have a lot fewer shops than, say, London or Manchester, but for example – Benetton?! The huge store they had at Oxford Circus went a loooooong time ago, but have you EVER seen any sort of social media presence from Benetton? Influencers wearing/mentioning Benetton in their posts? Is it just ME that’s completely missed what Benetton have been up to since Naked Newborn-gate?

So not only Benetton, but also…

“Bally Shoes” makes me think of shoes my mum used to buy in the 70s… they’re still going? Really?!

Always too expensive for me in my 20s, but I thought this was a label that had disappeared long ago. ANYWAY I’ve just looked them up and they’re now not as expensive [to me] as they used to be… they actually have some really lovely pieces. Who knew?! (Not me, obviously.)

I’m sure I really liked this brand in the 00s, but haven’t seen anything from them or heard them mentioned in absolutely ages.

Thought it had died a death with Tie Rack, to be honest.

A brand that I used to check out for my shop-floor “uniform” when I worked in retail (because I saw it as grown-up), I haven’t thought about – or seen – Wallis in so long I was surprised to see their name on the current list of clothing and footwear shops in the UK on Wikipedia. Well, whaddya know.

Which of these shops do you remember – and what do you want to add to the list that I’ve maybe left off? DON’T FORGET to say what country you’re in for others to refer to…!