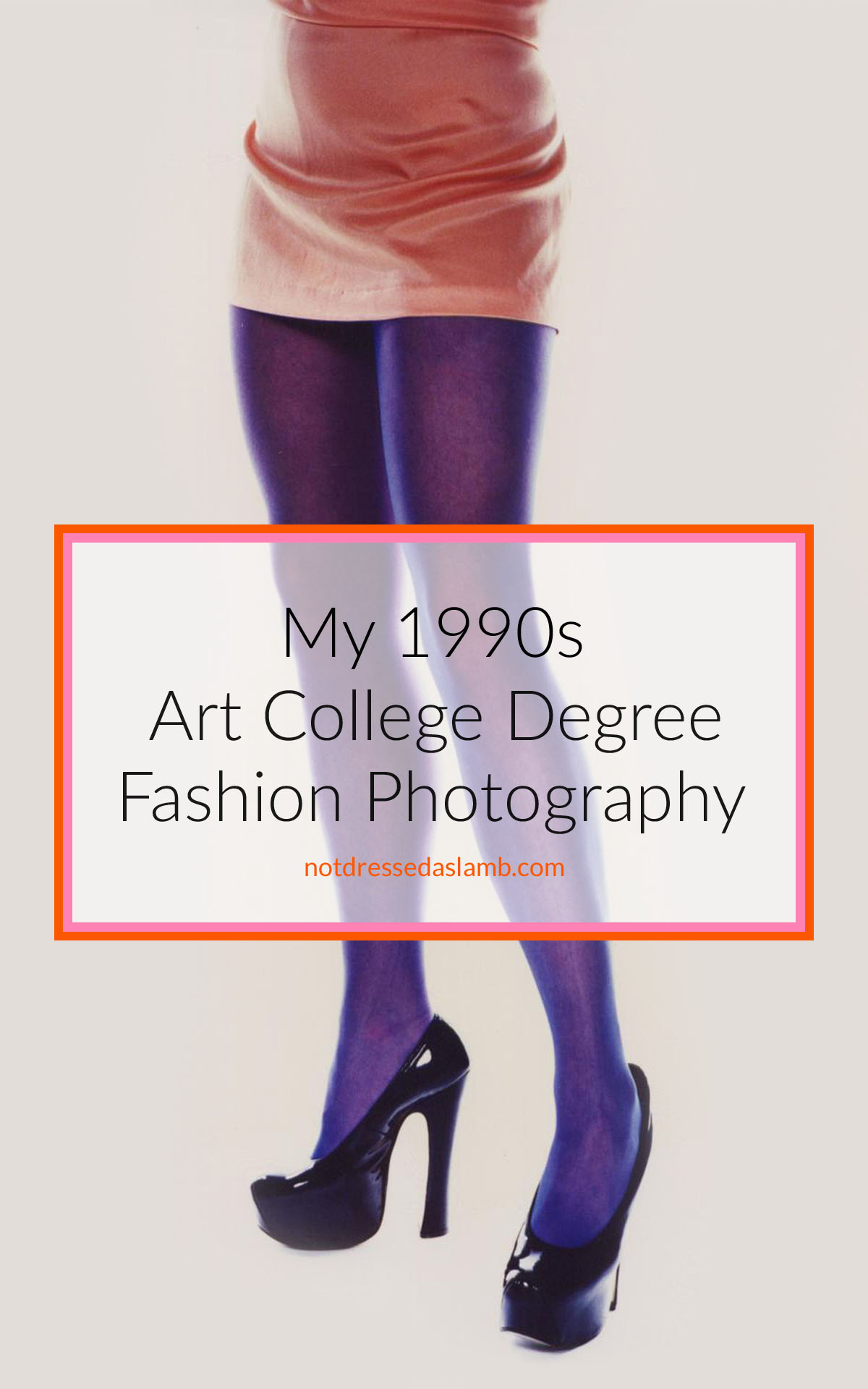 Some of you may know that way back in the 1990s I did a photography degree – and what I actually wanted to do when graduating was fashion photography.

My dreams of becoming the next David Bailey (oh how that shows my age!) never actually came to fruition. Long story short: I did some work experience at a top London studio and HATED it. Unfortunately it wasn’t a very nice experience, and as a not-very-confident 22 year old I didn’t have the balls to speak up. So I decided it wasn’t for me and went on to teach the subject instead (you can read more on my About page if you don’t know the story of how I ended up here).

But no regrets – I love what I do now! I may not be behind the camera (ironically) as much as I would like, but I’m flexing my photography skills more often these days with still lifes and self-portraits (not just selfies).

So after having moved house last year and unearthing lots of framed pieces that I produced for my final degree show, I decided I should start a gallery wall in our stairwell; I’ll show the results of that when it’s finished. In the meantime, I thought I might share some of the photography I produced in the early 90s – never before seen on the blog or ANYWHERE, apart from in my final show in 1994.

My work was all studio-based. I preferred to shoot from scratch, creating images from nothing – I just couldn’t get to grips with impromptu, documentary-style photography. I collaborated with a budding hair and makeup artist who needed shots for her portfolio, and together we created some fantastic images.

I was all about shapes, and colour, and (I’m proud to say!) some quite feminist subjects. My thesis was actually called “Bodyism – Female Ideology in the 1990s”, and my final show was all about the impossibly perfect female form in fashion… things don’t change much, do they?!

(I might publish some extracts from it one day, let me know if that’s of interest to you?)

Remember these were the days before digital photography – everything I produced was done in the darkroom, not on the computer. Digital was JUST starting to be used by some of the students in ’94 when I graduated, but it was still very much in its infancy. As my style developed in my third year I almost exclusively used a technique called cross processing, which created oversaturated colours and high contrast. In other words, a style that took me absolutely ages to produce in total darkness to both process the film and then print the photos (unlike black and white all colour photography has to be done in pitch black, no red light allowed) can be done in a split second these days with a filter.

All the subjects were either friends or students at my college who I roped in to model for me. If you recognise anyone, please, please PLEASE direct them here: and if it’s you then for goodness sake get in touch and say hello!

Anyway that’s a little insight into what I did for three years – and for a year or so after I graduated as you’ll see by the dates of the images (as I went on to teach the subject I had access to a studio for quite a while and enjoyed creating more work long after college). These photos only scratch the surface of everything I produced… let me know if you’d like to see more one day in the future!

Hope you like them. I still think they hold up 25 years later…

WHICH IS YOUR FAVOURITE OF THESE IMAGES? TELL ME IN THE COMMENTS! 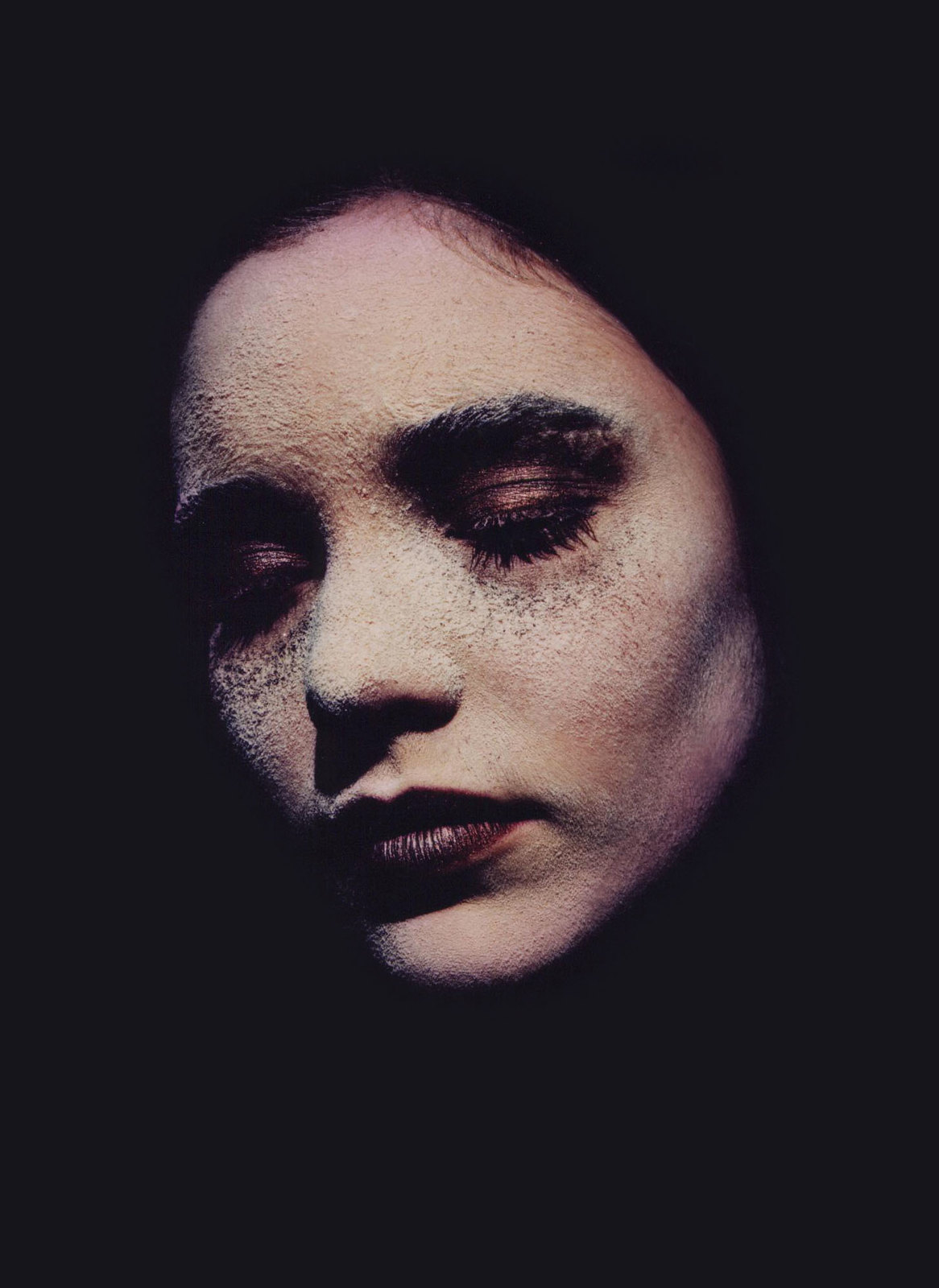 This is just one example of many collaborations between myself and the MUA I found locally who needed shots for her portfolio. We sometimes came up with the concepts between us, and other times she created the look that I described to her. I can’t remember whose idea this particular one was, but her work was amazing and I’m so grateful to her. If anyone knows Hannah Phillips, MUA, please direct her here!

The model was a student at the college where I was teaching. She had the most exquisite face and was a joy to work with, EVEN when we covered her in this much makeup. 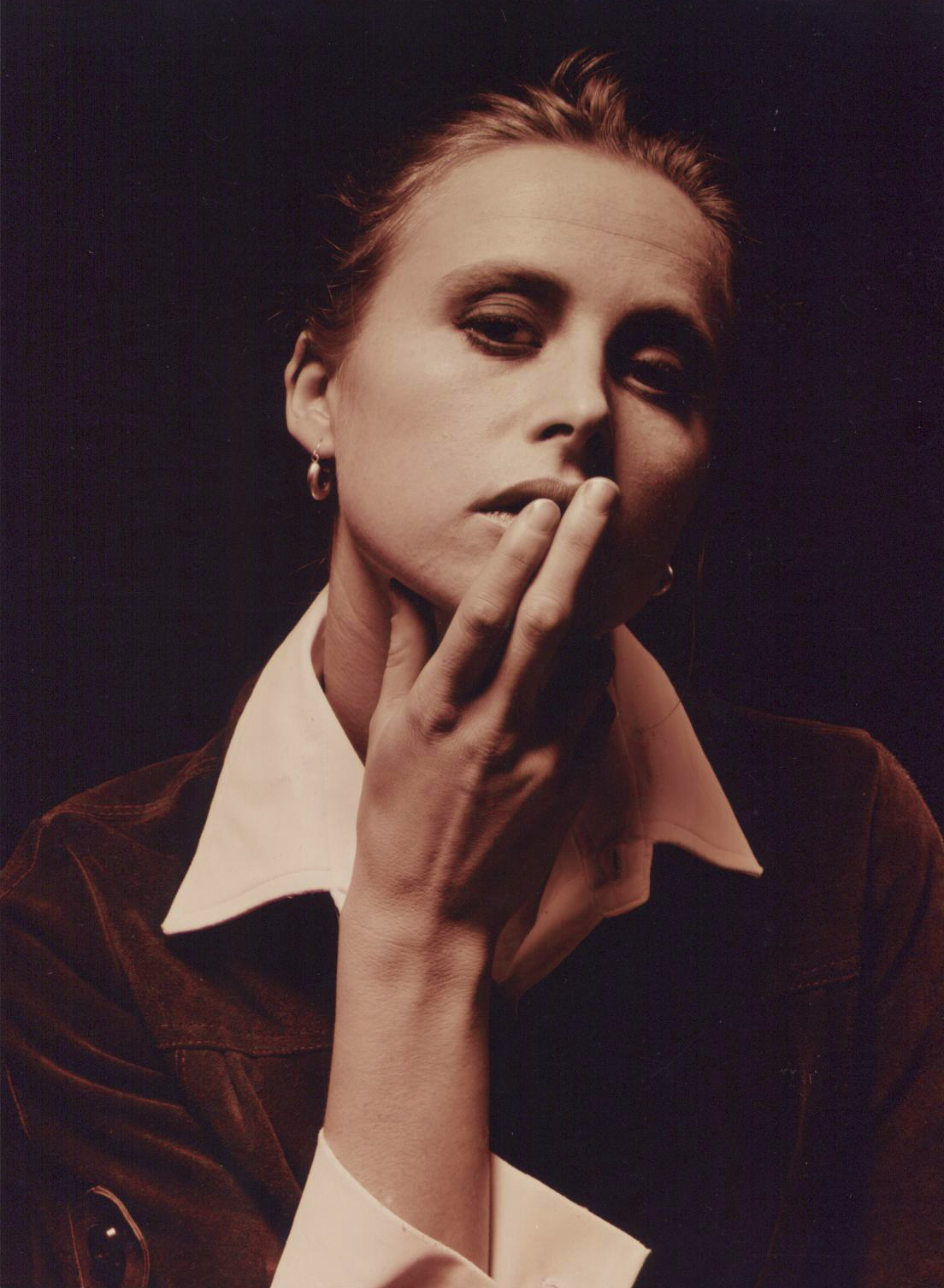 I think this was part of a series I produced called “See no evil, hear no evil, speak no evil” for a magazine competition… I couldn’t find See and Hear in my portfolio (all these images are original prints that I’ve scanned). I experimented with sepia tones for a bit – VERY typical of the early 90s. 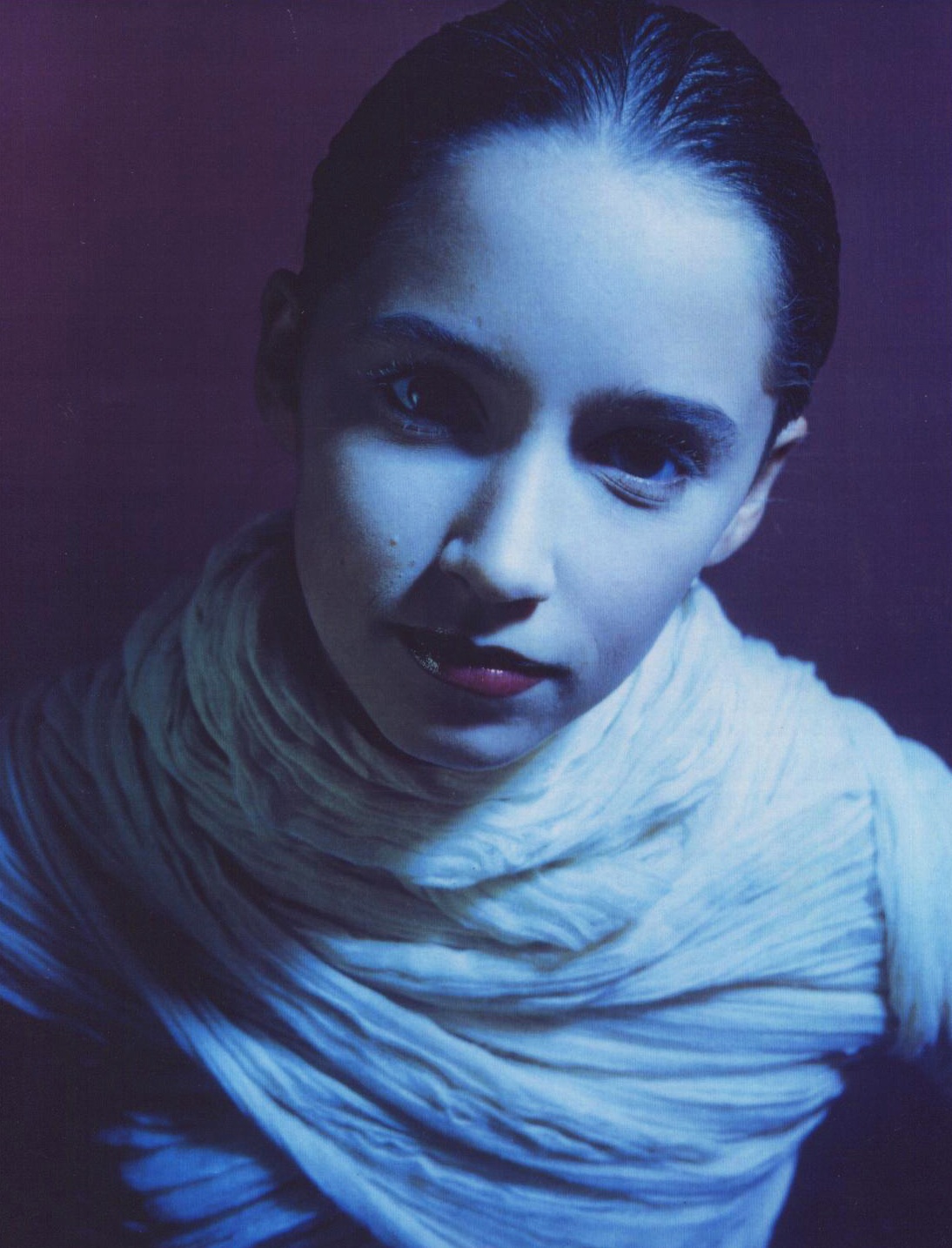 Another competition entry – this time for a Vogue photography competition. I’ve forgotten what the brief was exactly, but the model was the 14-year-old sister of my then boyfriend. She modelled a lot for me back then, as you can see she had the perfect face for modelling swathes of bandages(?!) and being drowned in blue light. I covered her whole face in sparkly blue eyeshadow once, eep. I don’t think I got anywhere in the competition – I’m sure I’d remember if I did – but it was all good for my flexing my creative muscles. 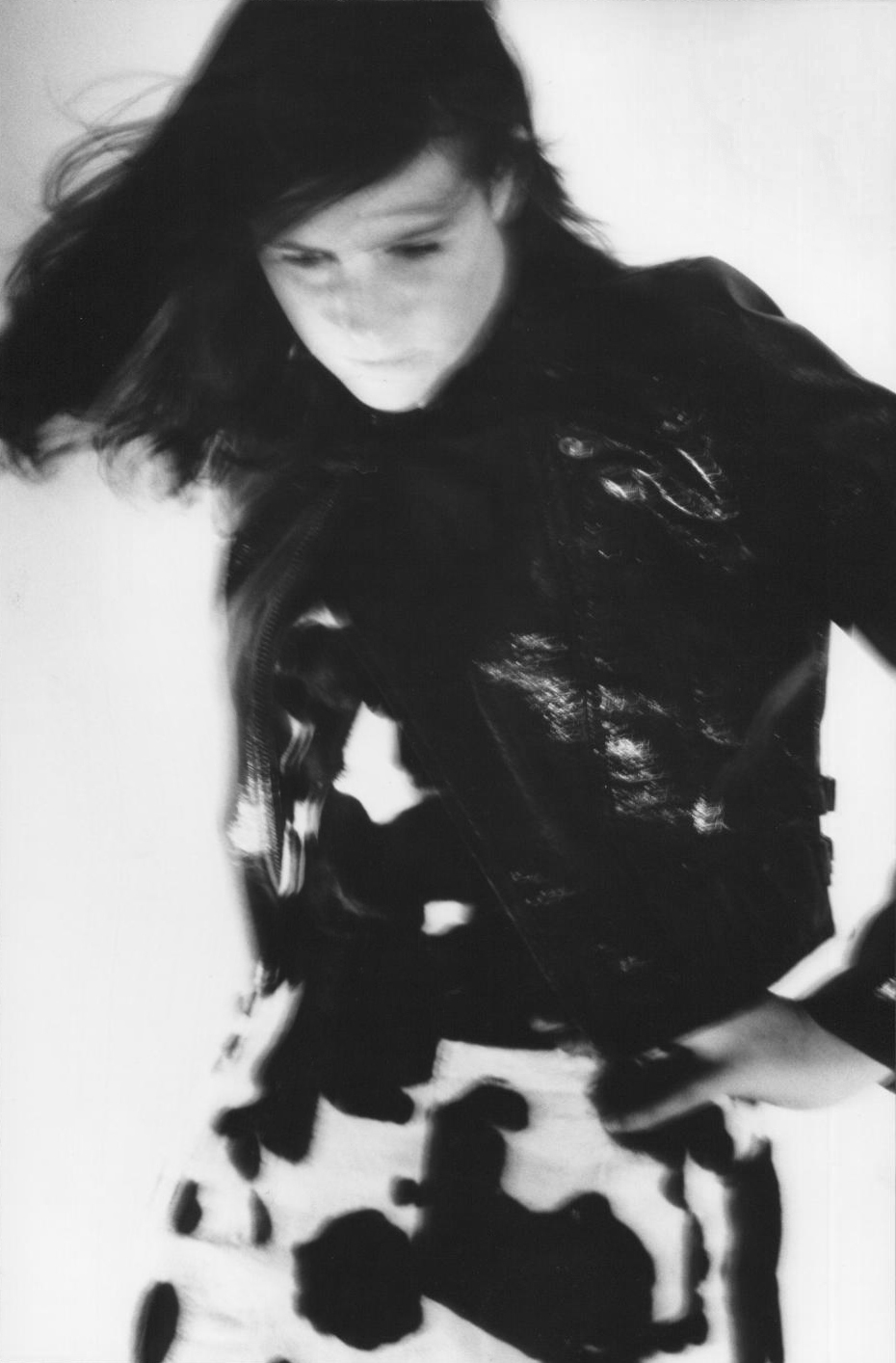 Another college friend who modelled for me a lot (wait till you see her legs, below), this image was called “Animal” as she was wearing a leather jacket and a cow print dress. This was the effect of not having a studio to work in: this was taken in my living room in my London flat. No studio lights or proper background – we improvised with table lamps and slow shutter speeds in front of a plain wall to get this effect (VERY Richard Avedon inspired). 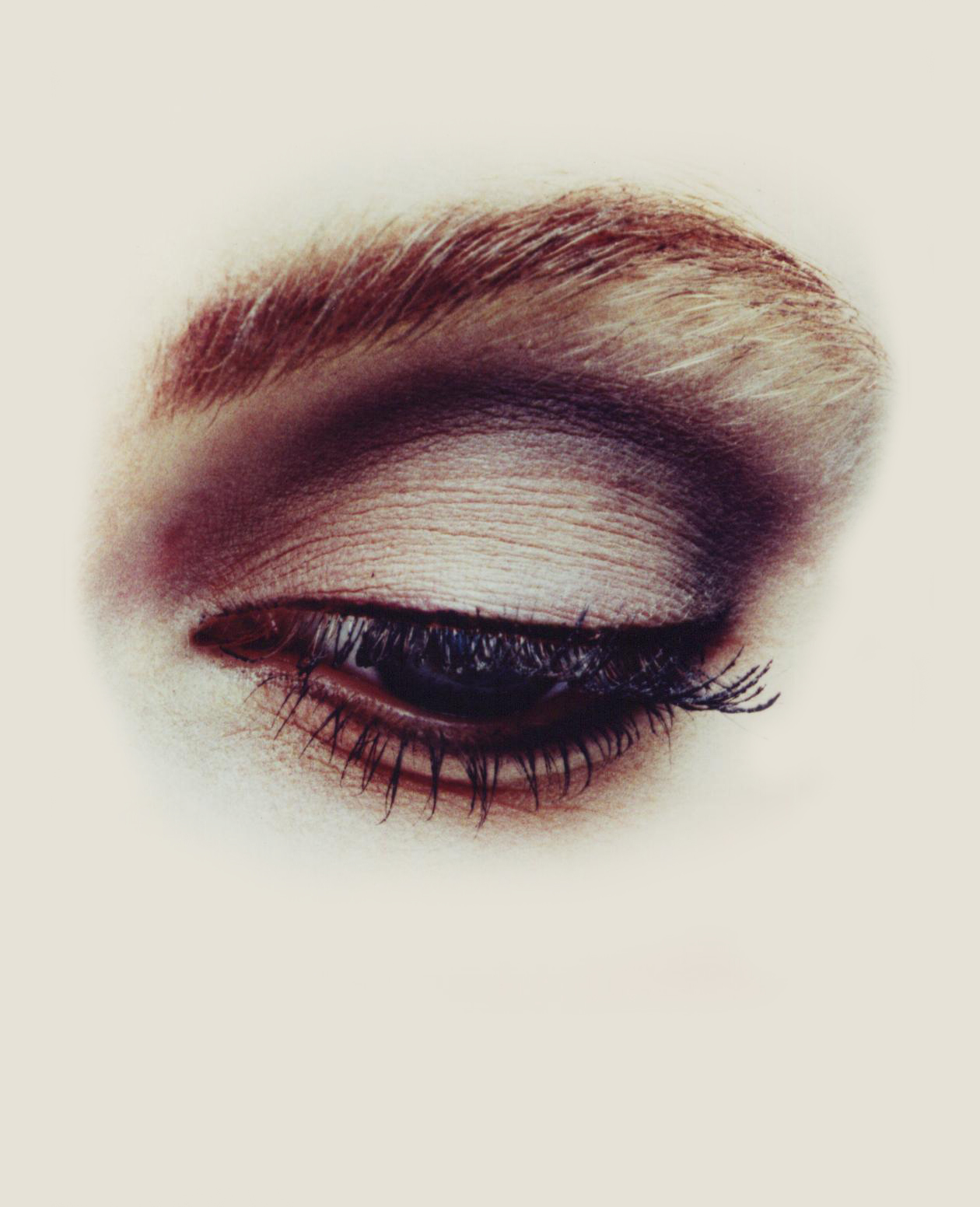 A beautiful example of my MUA’s handiwork. Thankfully the model (another student) had resisted the trend to pluck her eyebrows 90s-style to oblivion, as I think the lines in the eyebrow hairs, on the eyelids and of the eyelashes are what make this photo. My inspiration was the iconic image that Fred Astaire’s photographer character in Funny Face produced (Dick Avery – Richard Avedon – get it?) of only Audrey Hepburn’s eyes, nose and mouth. 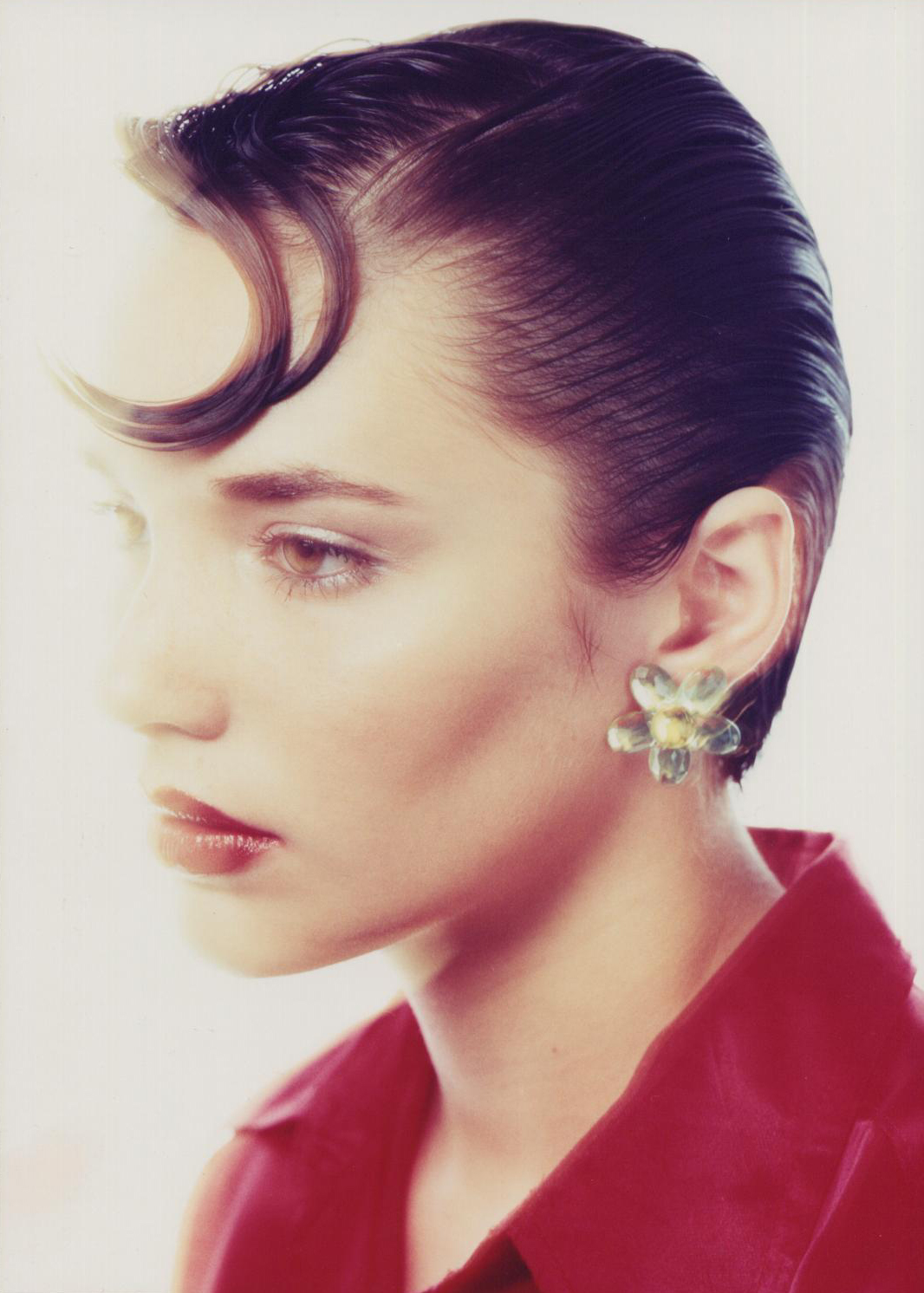 In the year after I graduated and had access to another studio at the college where I was teaching, I experimented more and more with a technique I’d tried in my last year of my degree. I have no idea what to call it (or if it has a name, if it has I’ve forgotten it…), but it’s created with a flash, a slow shutter speed and light blasting out the background and seeping into the edges of the subject.

Hair and makeup was done by MUA Hannah again, the model was the same one as in “Powder”, above. I’d love to explore this technique again. I need more lights! 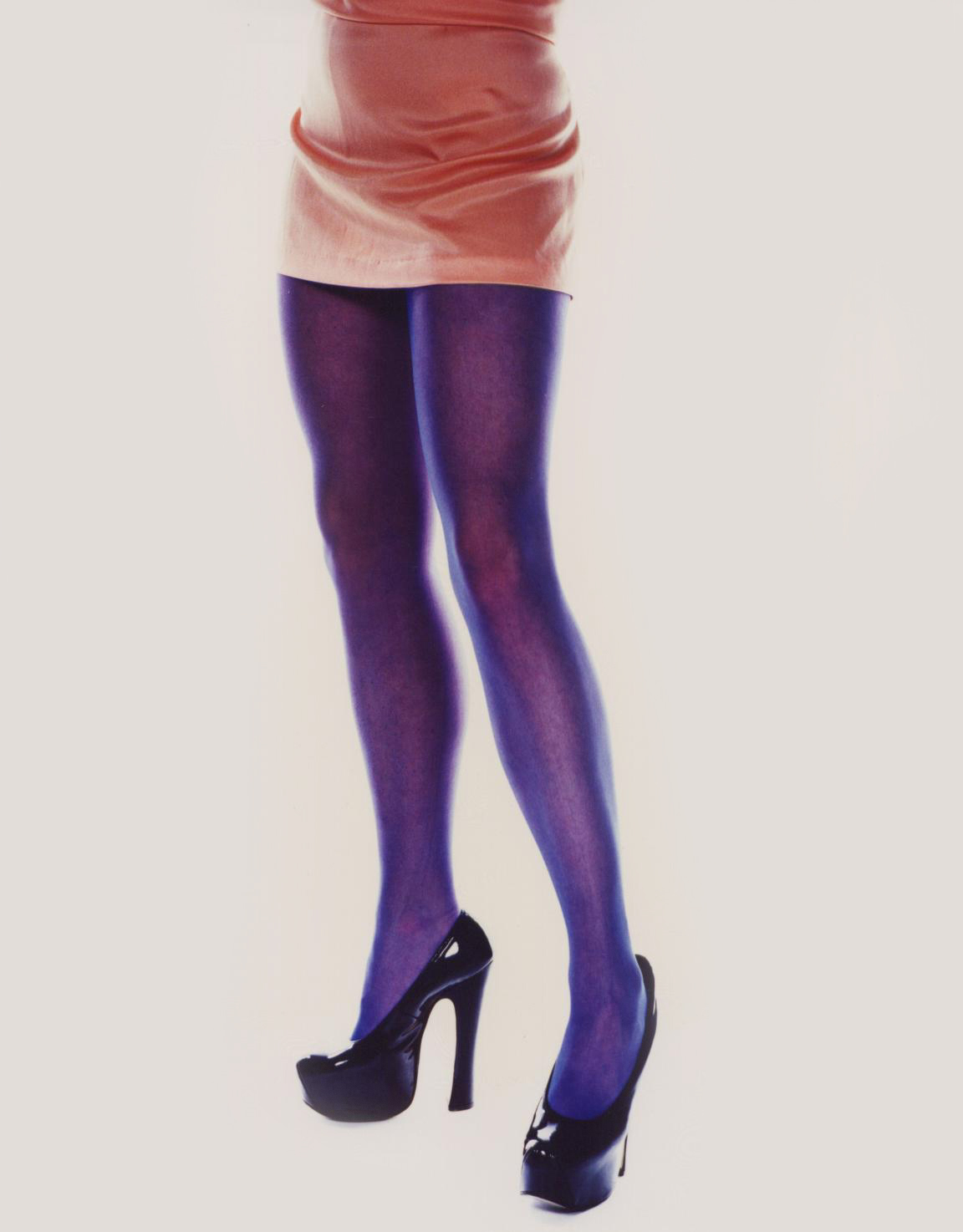 These last two images were both from my final degree show that was shown at college for our finals and then taken to the Mall Galleries when we showed in London. These INCREDIBLE legs belonged to the same friend who modelled in “Animal”, above – and I still maintain to this day that she’s The Owner Of The Best Legs I’ve Ever Seen In My Life (remember nothing here is Photoshopped).

The shoes were the classic Vivienne Westwood platforms that Naomi Campbell famously fell over in on the catwalk in 1993 (not the actual ones!) – I think this pair belonged to a friend of MUA Hannah, who loaned them to us for the shoot. What a coup, if I say so myself. 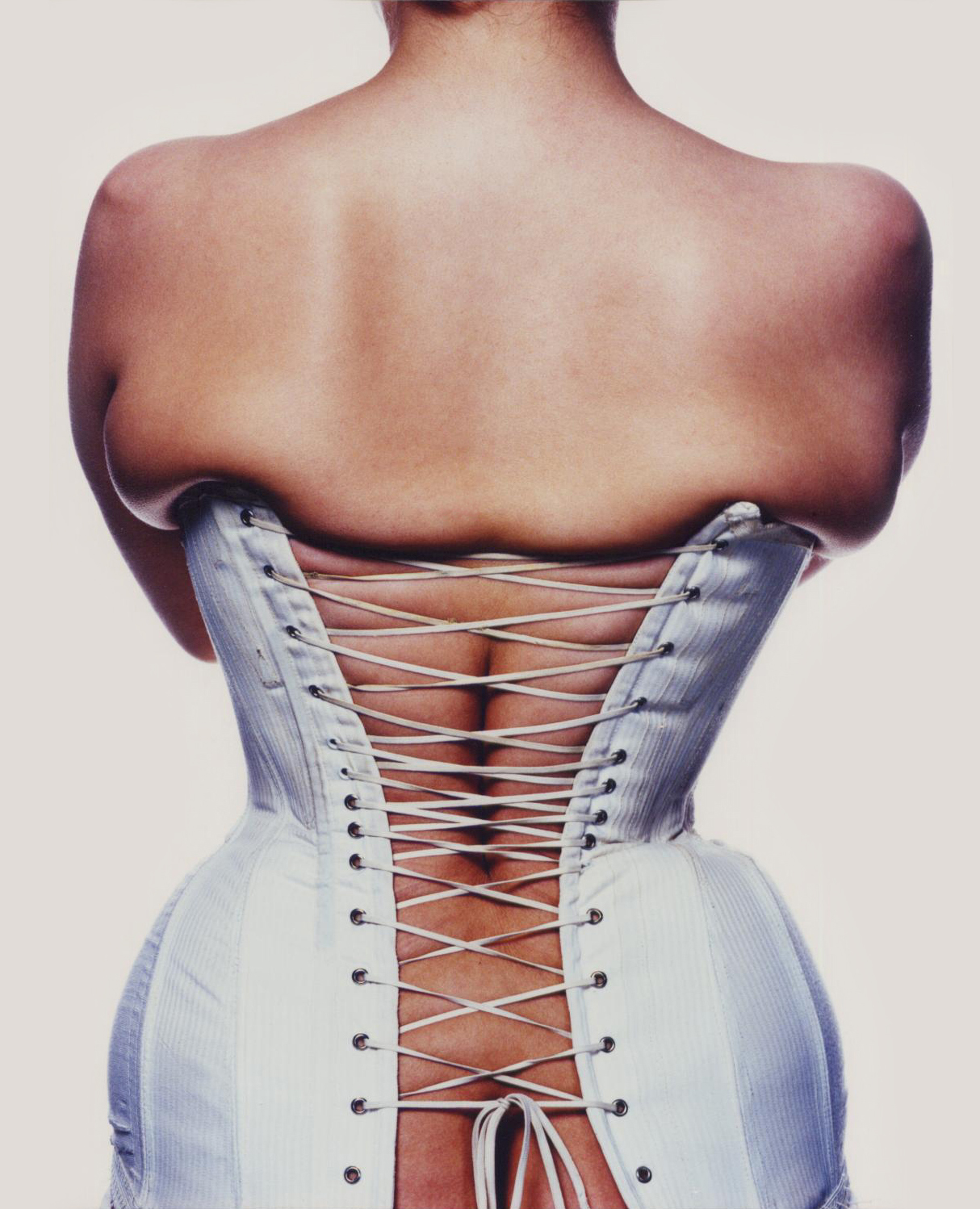 I’ve saved the best (I think) for last… this is always the image that everyone remembered from all my work; it perfectly sums up the message I trying to get across about impossible beauty standards. The model was a very game fellow student – she had absolutely no qualms about modelling this for me and being squeezed in as tightly as possible (I seem to remember her saying “Tighter! Tighter!” during the shoot). I think that it’s a really beautiful image – although I printed all six (or were there eight?) of my final images into massive prints and had them professionally framed, it’s this one and “Legs” that I’ll be putting on my wall. The image was used to advertise our show in London’s Time Out magazine and I still have the copy somewhere.

Interesting fact about this shoot: this was the ONLY shot that looked like this. My vision was to have her arms above her head as an homage to Horst P. Horst’s “Mainbocher Corset” image. All the shots on the contact sheet had her arms up in the air (don’t forget this was in the days before digital, so you couldn’t see what you were shooting apart from what you saw in the viewfinder) – when she dropped her arms to rest I clicked the shutter, and this was the result.

Now looking back and seeing this – and all the other images – here on the internet, I’m really quite proud of what I produced back in the day. Who knows what I’d be doing if I hadn’t had such a horrible time at that studio… maybe not fashion blogging, which would be a shame! No regrets though as I said earlier : -)