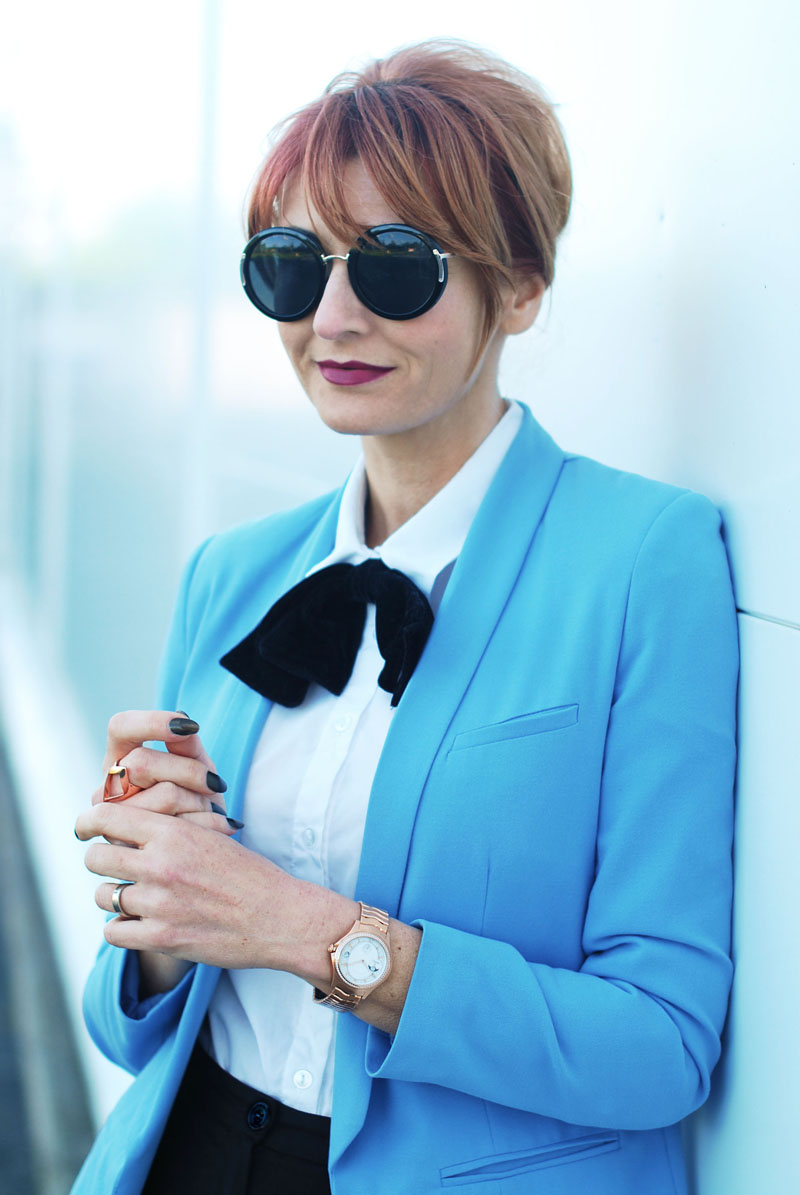 It’s not often I get to indulge in designer labels or luxury items (well – never, really), but I definitely appreciate exquisite quality and craftsmanship when it comes to all things clothes, accessories and even homewares.

Having always had a keen interest in most of the visual arts since my school days – especially fine art, 20th century architecture, graphic design and fashion – I’m fascinated when they come together in collaborative projects. (In fact three different things I wanted to be when I grew up were a make-up artist, an interior designer and a fashion photographer.)

I’ve created an outfit for today’s post simply as a creative visual piece – and why not, I do love my photography and I do love my fashion…!

Disclosure: This post has been sponsored by EBEL. All content is original, and opinions are my own and 100% honest. I partnered with the brand to write this article but every word is mine.

Luxury watch manufacturer EBEL has produced a limited edition collection to celebrate the 30th anniversary of the Maison EBEL in Switzerland, a house designed by one of my favourite 20th-century architects and one of the pioneers of modern architecture, Le Corbusier. (Even if you’re not familiar with the name you’d probably recognise his chaise longue or his stark, Modernist architecture style.)

This year is the 100th anniversary of the conception of the Maison EBEL (formerly known as the Villa Turque), the house he designed in Switzerland in 1916 that EBEL acquired in 1986 (hence the two anniversaries). 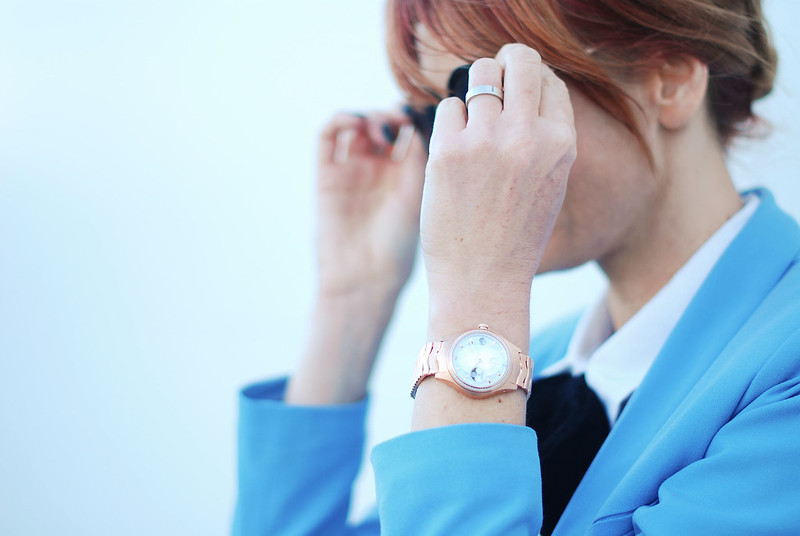 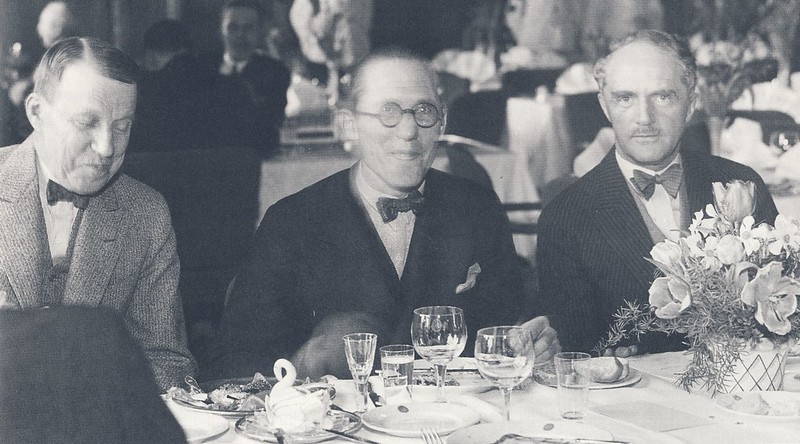 My outfit was inspired by Le Corbusier’s personal style for which he was as well known as his famous furniture and architecture: round glasses, blazers and bow ties.

I’m wearing a stunning pink gold watch from the La Maison EBEL Limited Edition collection which was loaned to me just for the shoot, and it’s nothing short of exquisite. My outfit was inspired by Le Corbusier’s personal style for which he was as well known as his famous furniture and architecture: Round glasses, blazers and bow ties (I stopped short at the pipe, though it may have added a certain je-ne-sais-quoi to the outfit, non)? 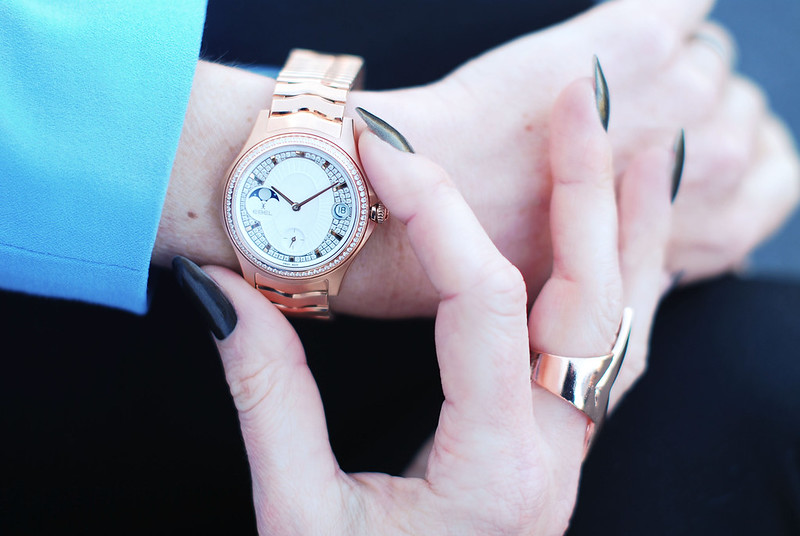 Although I created this look just for this post it’s definitely one I’ll wear again when I need an emergency outfit: It’s kind of quirky but really smart. Most readers know I’m fond of a touch of masculine chic, so a floppy velvet bow tie and sky blue blazer – together with a crisp white shirt – provided the perfect contrast for the pink gold, embellished watch.

Its face has a mother-of-pearl dial (to represent the oval window of the Villa Turque) and an exquisite, breathtakingly beautiful diamond setting with a sunray guilloché moon phase. I’ve never owned a watch of this quality before and I totally get why people buy them – it really is a thing of beauty… The clock on your iPhone just doesn’t compare 😉 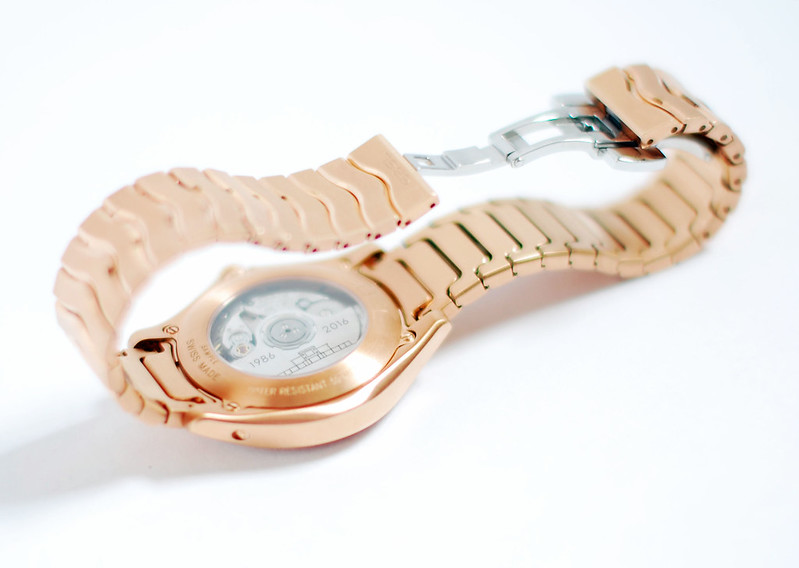 The watch is powered by reliable Swiss-made automatic movements and has an open case back to make the oscillating weights inside visible.

On the back there’s also an inscription of the Villa Turque logo and the dates 1986 (the date that EBEL acquired the house) and 2016… It’s a rather lovely tribute to the relationship between the brand and its home. Le Corbusier himself described the Villa Turque as “a work of art and true architecture” – it’s certainly stood the test of time design-wise and although it’s one of his earlier works (and softer and warmer than the angular Modernist designs he’s best known for), it looks as modern today as it would have done in 1916.

(My obsession with buildings, architecture and skyscrapers is still as strong as it was when I first laid eyes on the New York City skyline as a four year old – you don’t forget something like that in a hurry!) 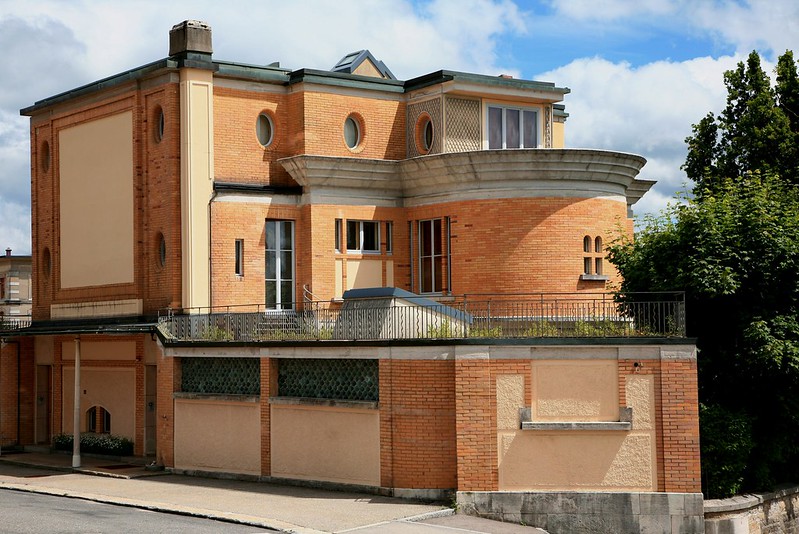 EBEL was founded in 1911 by Eugene Blum and Alice Levy (EBEL is an acronym of Eugène Blum Et Lévy); the company has a Kissing E logo to represent their love which is utterly charming.

A design and philosophy based on love, a legendary villa designed by an icon of architecture, and someone willing to channel the style of a master of architecture and adorn her wrist with a sparkling timepiece (albeit just for a few short days). I can but dream of owning a watch like this, and with such a lot of history behind it would be something quite special: You can see all the EBEL watches on their website http://www.ebel.com.

In the meantime I’ll just have to make do with my own pictorial homage to Le Corbusier’s style – and fondly remember that EBEL sparkle.

Do you own a special watch with some sort of special meaning or inscription? And are there any other Corbusier/architecture fans out there like me…? Tell me in the comments! 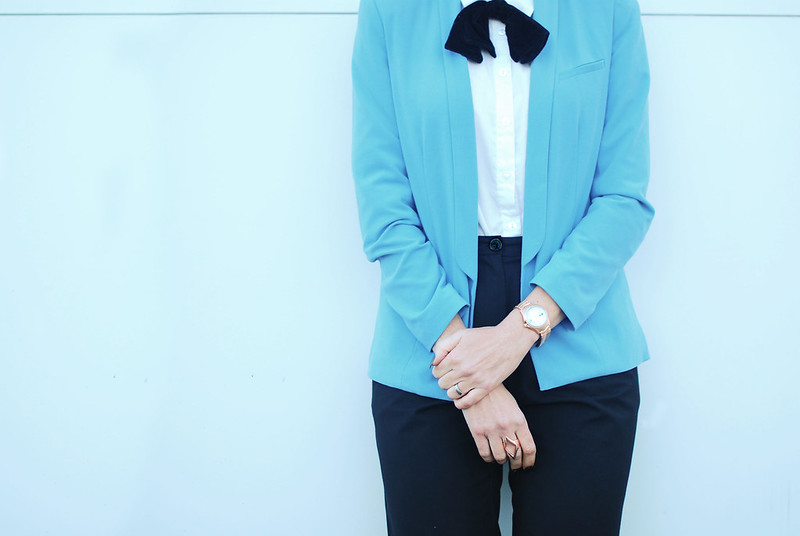 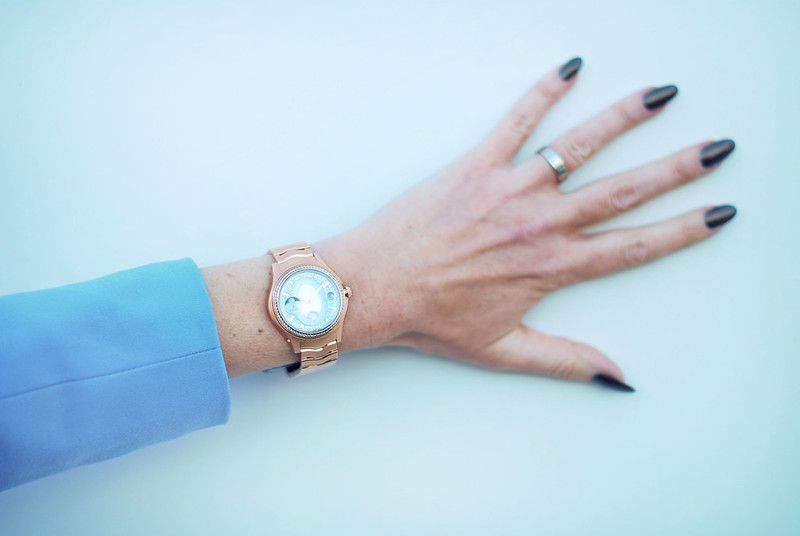 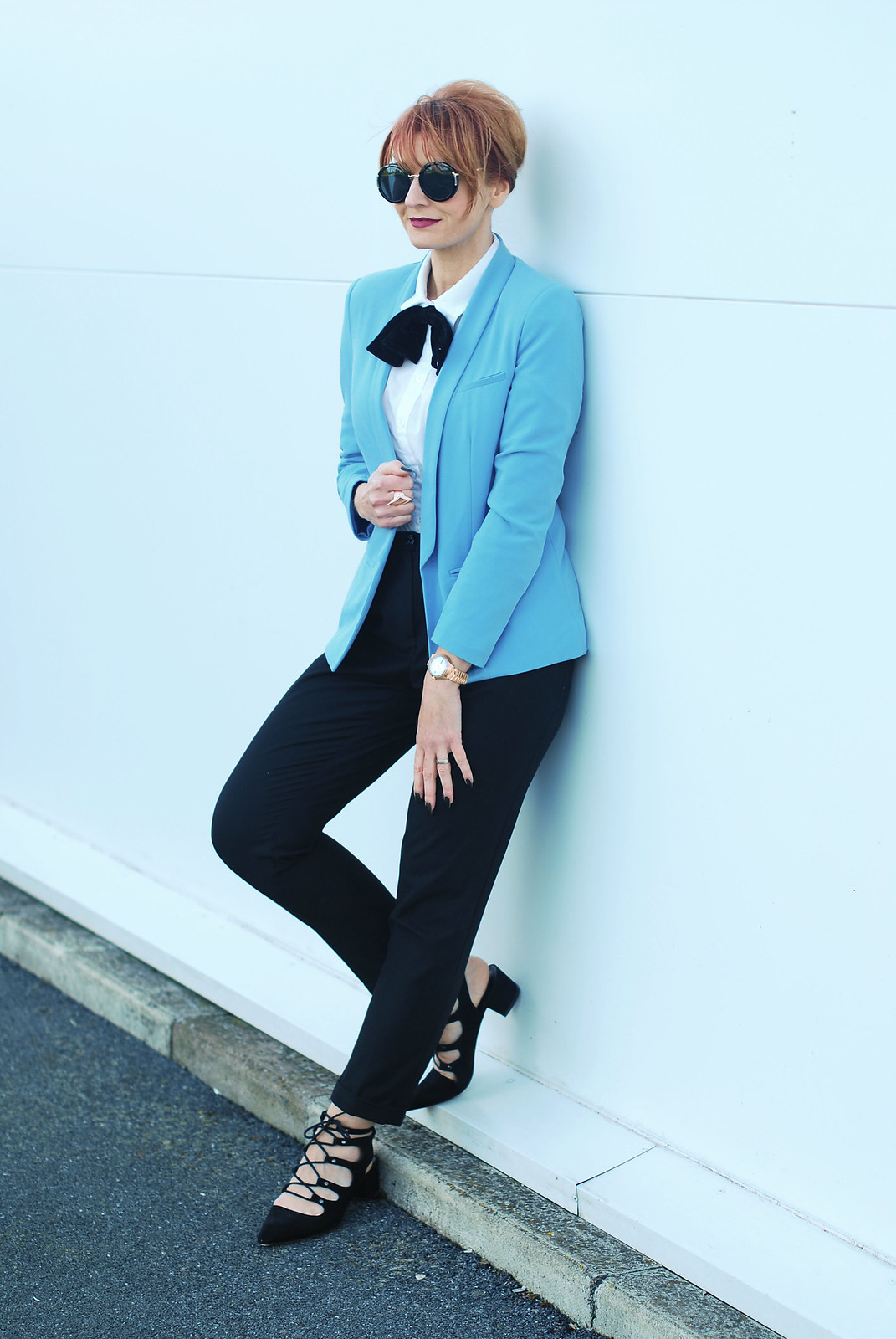