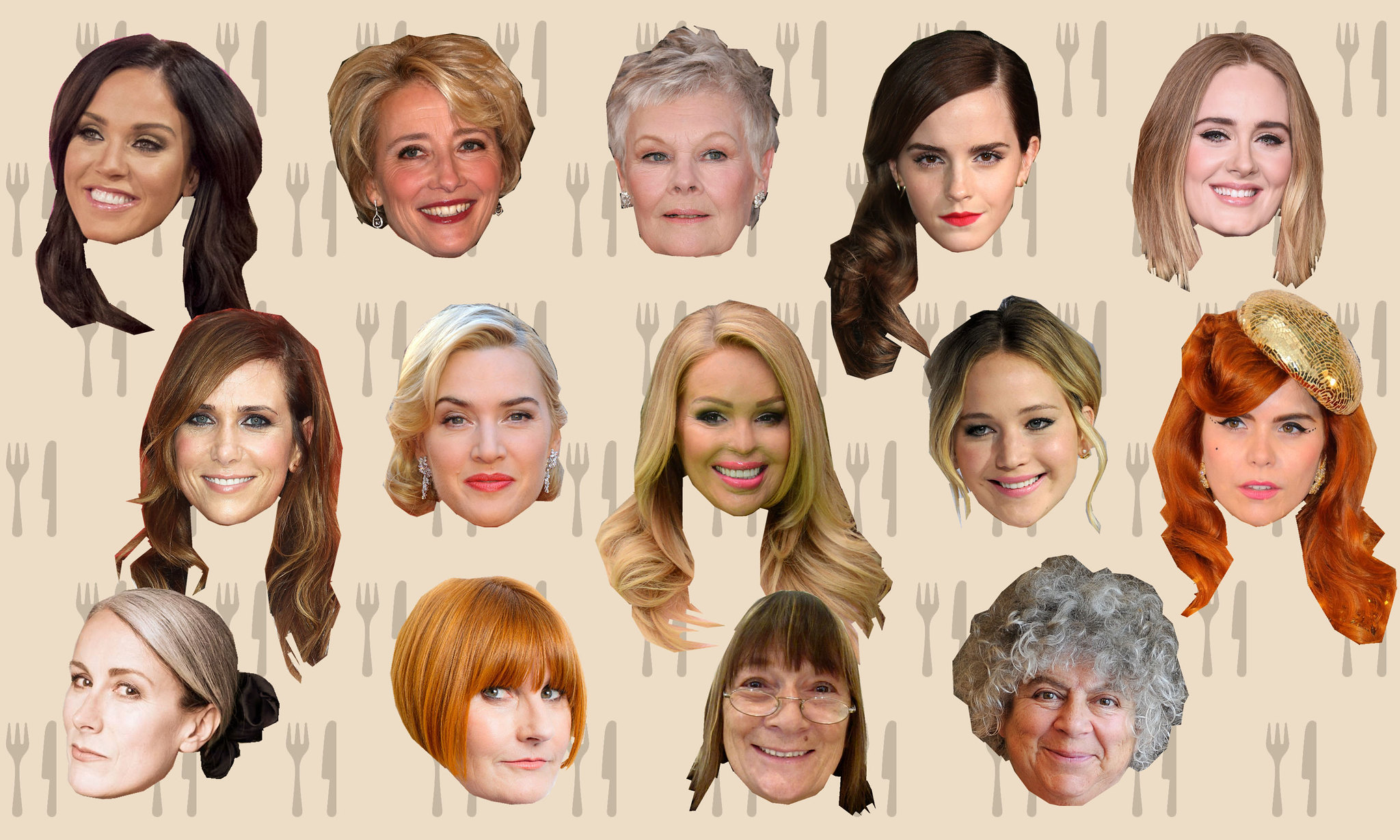 Have you ever thought about your fantasy dinner party guest list? Who you’d include on yours is one of those things that you often get asked about, but in the run up to International Women’s Day this Tuesday, 8th March, I thought I’d do something a bit different. Rather than a list that typically includes everyone from Ghandi to Nelson Mandela to Stephen Fry, I thought I’d come up with an all-female fantasy dinner party guest list instead… Quite fitting for #IWD2016, I thought.

So who to choose? I decided on all living (so no Marilyn Monroes or Marie Curies), and all people in the public eye to make it a more relevant read for you. And this is the main thing: I also decided that I’d just go with my heart and not try to impress anyone with my list. In other words, I thought I’d go with women whose personalities I love. Rather than thinking who I should have on this list – women of power or having a lot of success in business – I went with those women I love to see on TV, or to read about. Those that inspire me and have interesting things to say, or those that make me hoot with laughter.

I think personality is a greatly underrated thing, and we focus so much on what women are meant to achieve that we forget just how many engaging, fascinating and funny women there are out there.

I THINK PERSONALITY IS A GREATLY UNDERRATED THING, AND WE FOCUS SO MUCH ON WHAT WOMEN ARE MEANT TO ACHIEVE THAT WE FORGET JUST HOW MANY ENGAGING, FASCINATING AND FUNNY WOMEN THERE ARE OUT THERE.

It’s a timely post considering I wrote about my blogging girl squad just this week. My female fantasy dinner party guests are all inspiring, all interesting, and all full of personality. I love them for all different reasons, but many of them had the same traits in common: Sense of humour, being down to earth and, for many of them, being so damn British (not sure how to explain that but I know what I mean).

International Women’s Day is “a global day celebrating the social, economic, cultural and political achievements of women. The day also marks a call to action for accelerating gender parity”. If that’s not #squadgoals, I don’t know what is.

WHO WOULD YOUR ALL-FEMALE FANTASY DINNER PARTY GUESTS BE, I’D LOVE TO KNOW! COMMENT BELOW, OR TAKE IT TO TWITTER @NOTLAMB! 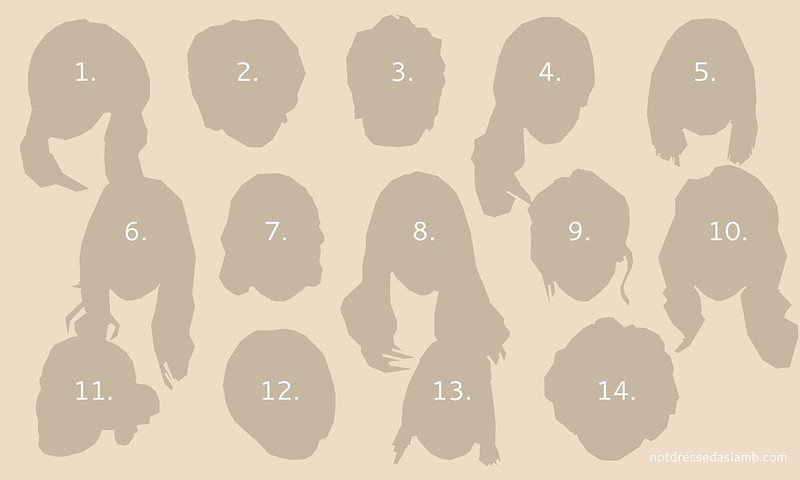 For proving that not all reality TV stars are vacuous attention-seeking wannabees, smashing all the bush tucker trials in I’m a Celebrity and for having the best one-liners: “I’m dripping like an egg sandwich…”

For being so straight-talking, so thoroughly entertaining and someone you’d want to be your BFF.

For having that naughty twinkle in her eye when you think she might be a bit snooty and then saying the naughtiest things on chat shows.

For getting a degree from Brown University while still acting, being an active feminist and UN Women Goodwill Ambassador – and being so damn classy.

For being so utterly down to earth, so hilarious (does anyone have a better laugh in showbiz?) and so London. And for that belting voice.

For also being so completely and utterly hilarious but maintaining a really endearing, sweet quality at the same time.

For being so terribly British, an amazing actress and for hailing from my home town. (And if she marries Leo one day I’d love her even more.)

For being so utterly inspirational and teaching us all a thing or two about what true beauty really is.

For being so self-deprecating and able to laugh at herself, for championing equal pay and always tripping over so gracefully.

For being unashamedly kooky, totally eccentric and wearing whatever she damn well likes.

For championing diversity in front of and behind the lens and the visibility of all types of women within the fashion industry. And for being so nice when I met her and probably scaring her with my gushing about how much of a Clothes Show fan I used to be.

For supporting and fighting for the British high street, being so straight-talking and yet so sensitive to the people she works with on TV. And reminding me of my eldest sister.

For appearing to be so incredibly nice when she works in the cut-throat world of the fashion industry, and for whipping off her sarong to go starkers in front of the models on Britain’s Next Top Model during a nude photo shoot.

For being an absolute scream at the same time as being so terribly nice and for having no shame whatsoever (see what she says about the time she met Laurence Olivier). 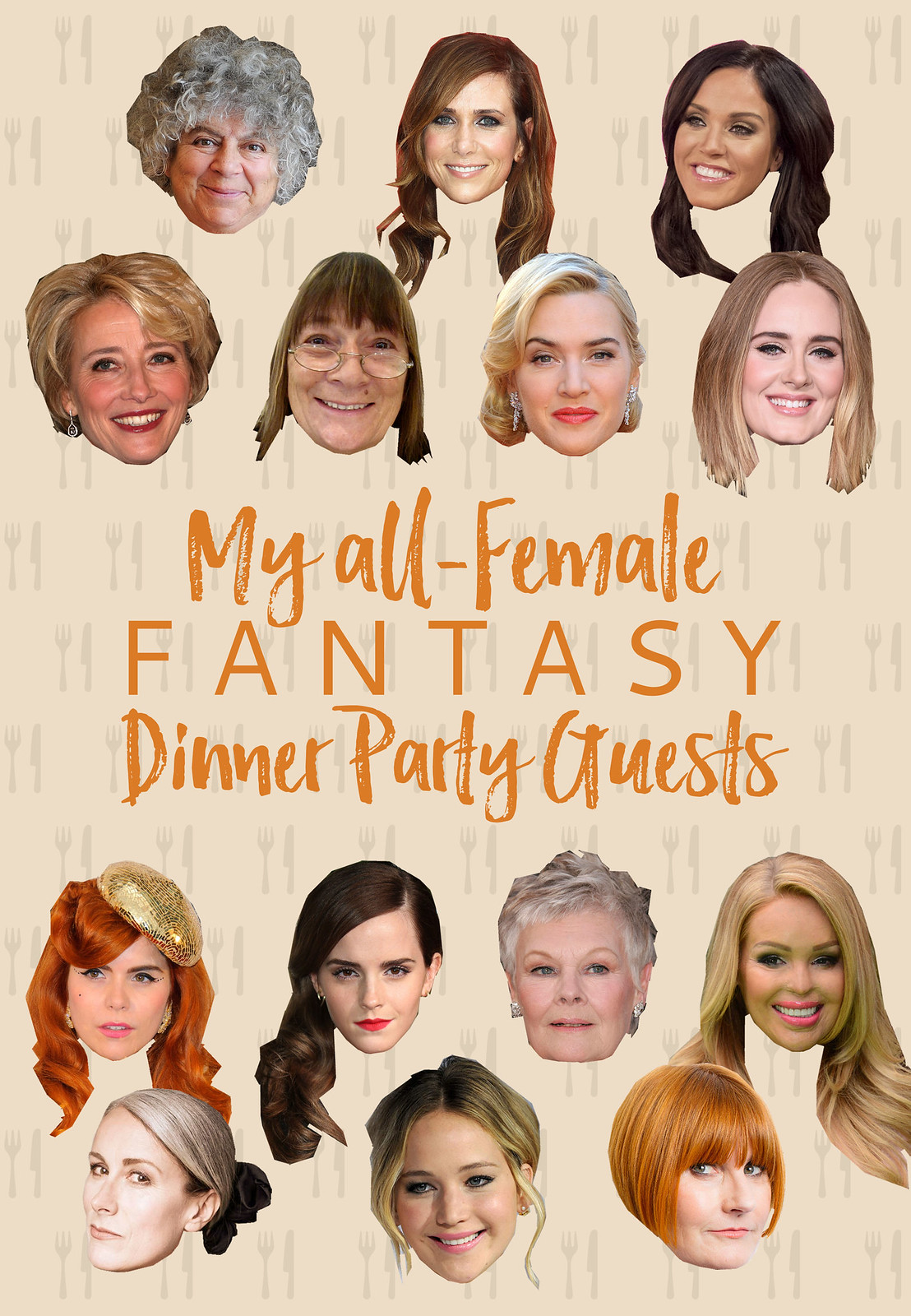