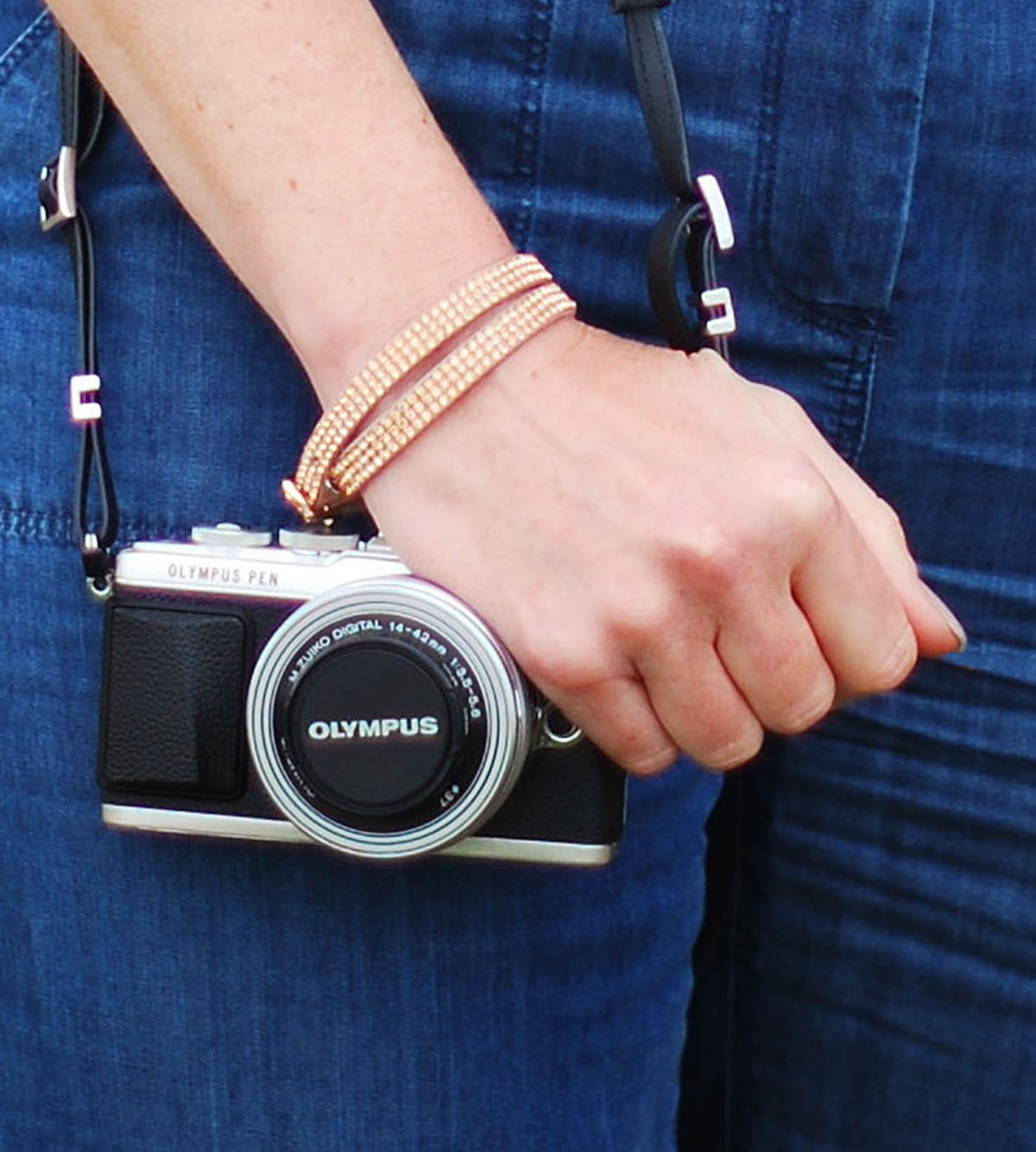 If you’ve ever been baffled by all the jargon that’s used in photography (aperture? f-stops? what on earth is ISO?!) then I hope this post will go some way to explain all the photography terms that you’ve ever wondered about (but never thought to ask).

As with all my photo tips posts I try to explain everything as simply as possible. I write them assuming you don’t know the meaning of any jargon at all, so it’s layman’s terms all the way.

I’ve picked what I think are the most common terms that are used which are essential to know more about (and understand) if you wish to improve your photography skills.

In optics, an aperture is “a hole or an opening through which light travels”. So in a camera, the aperture is the hole in the lens that lets light through, and this can vary from a very small hole to a very large hole.

The aperture of a lens works very much like your eyes: your pupils get bigger and smaller to let in more or less light according to how much light there is. A lens does exactly the same thing.

The size of the hole (the aperture) depends on the amount of light in the scene you’re photographing and whether you’ve set it manually (to set the aperture yourself) or whether you have it on auto (where the camera will determine what aperture to set).

See f-stop (below) for how aperture is measured.

To find out how to create this effect, see my post on How to Achieve Photographic Bokeh.

The pronunciation: there is debate over how bokeh is pronounced. The most widely accepted pronunciation is “bo-ke” (“ke” like the first part of “Kenneth”), with no emphasis on either syllable.

This video explains how to pronounce bokeh (though he insists there is only one way to say it). Note: It definitely doesn’t rhyme with “okay”.

A bridge camera is a camera that’s in between point-and-shoot and DSLR cameras – they “bridge the gap” between the two. They look much like a DSLR, with a lens that sticks out at the front and a chunky body, but unlike DSLRs the lens is fixed. (Some bridge cameras do have retractable lenses, however.)

The advantage of a bridge camera over a point-and-shoot is that you have far more control over your settings: depending on the model you can adjust, for example, the aperture (see above), shutter speed (see below), the ISO (see below), thus allowing you greater creativity. Because the lenses are not interchangeable, they are generally cheaper than DSLRs.

Basically, depth of field is how much of the image (depth-wise) is in focus. More specifically, it is the distance between the nearest and farthest point that is deemed to be in focus, or sharp. See the image below: 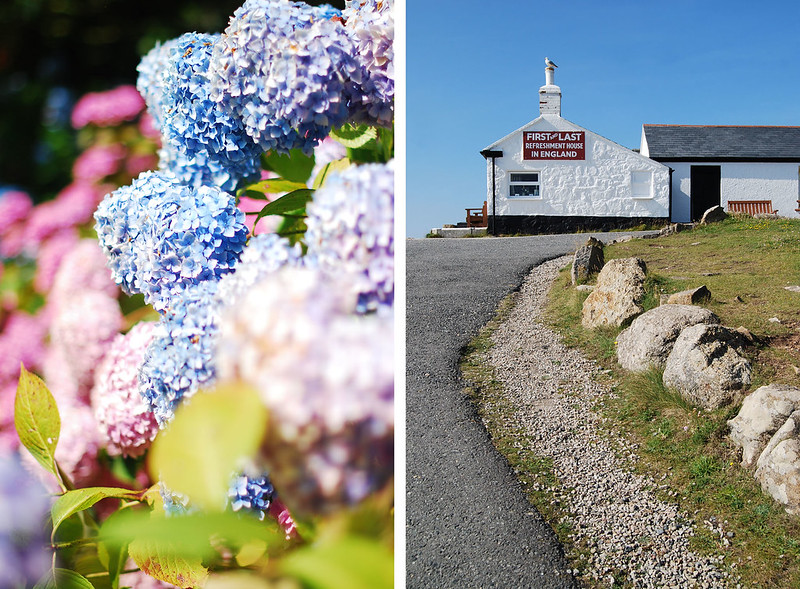 DSLR stands for Digital Single Lens Reflex [camera]. Digital means it produces digital images that are stored on a memory card in the camera. Single Lens Reflex means the viewfinder of the camera gives you the same view that the lens sees, because you are actually looking through the lens via mirrors and prisms. An SLR camera is exactly the same except that it uses film to produce negatives, not a digital memory card.

Point-and-shoot, or compact, cameras are not SLR cameras as they don’t have interchangeable lenses that stick out on the front of the camera (where the mirrors and prisms are). You have a lot less control over the settings because you can’t set aperture (see above), ISO (see below), and so on to your specific preference that you can with SLR cameras.

Note: in photography there is also “an” exposure, which refers to the action of the shutter (see below) opening and closing in the camera in order to take the photograph.

You now know what aperture is (the size of the opening in a lens, see above). Aperture is measured in f-stops (f stands for focal) – they are sometimes referred to as the f-number.

The image below shows some of the f-stops a lens has (there are more in between, e.g. f1.8, f3.5) and how it affects depth of field. Not all lenses have all the f-stops (see lens speed below).

The larger the aperture, the smaller the f-stop number (confusing, I know). Remember:

Therefore, to get bokeh or blurry backgrounds, you need a large aperture like f1.4 or f1.8 to create a small depth of field.

For a fun, quick lesson that demonstrates how aperture works with the human eye, see this post. All you need is your hands, your eyes and a space of about 6 feet (2m) or more in front of you. Prepare to be amazed…! 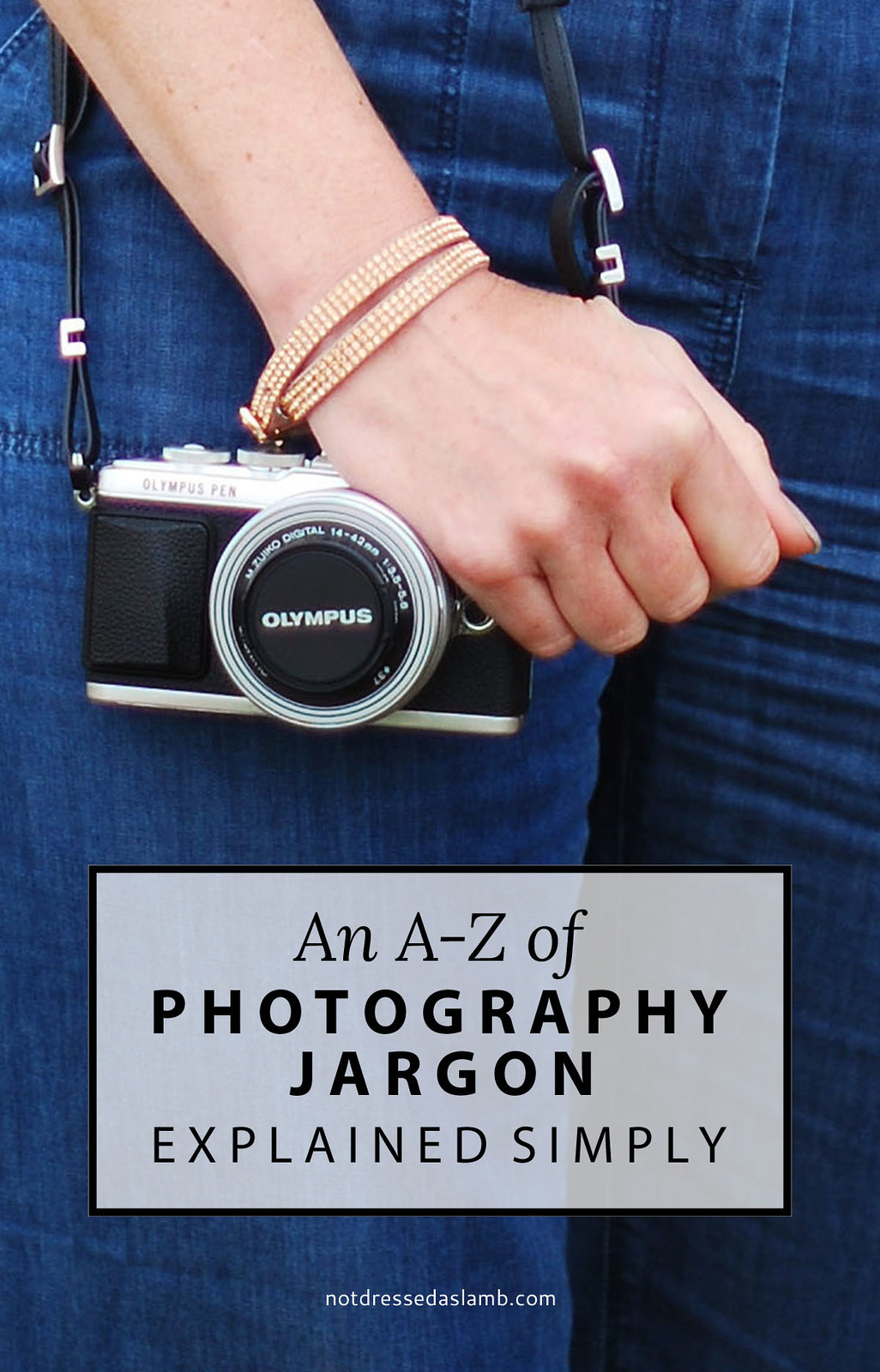 The focal length of a camera’s lens is the measured distance in millimetres (mm) between its physical centre and its focus on infinity. You don’t need to remember that, just remember this:

In photography, the hour before sunset and the hour after sunrise are both known as the golden hour. It produces a warm, soft glow and because the sunlight is hitting the subject horizontally rather than vertically it doesn’t create any harsh shadows (under the nose, for example), so it’s incredibly flattering. 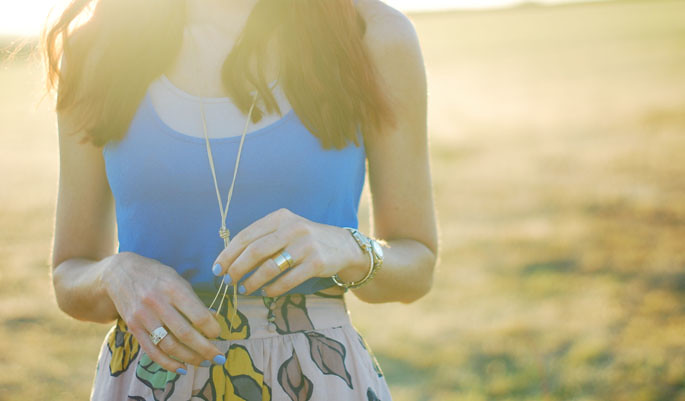 You can also shoot with the setting/rising sun behind the subject to create an even softer effect.

This is easier to think about in terms of photographic film. (You can of course still buy film to use in non-digital cameras, but for this post I’m assuming everyone is using digital.)

Some modern DSLR cameras have an ISO sensitivity range from ISO 100 to an amazingly high ISO 6400 (I’ve rarely had to go above ISO 800 ever).

Note that the higher [number] ISO, the more grainy the image will be. However, DSLRs made today produce images of incredible quality, so e.g. ISO 800 on a digital camera is nothing like as grainy as photographic film of ISO 800.

A fast lens with a large maximum aperture (f1.4) will let in more light, thereby allowing you to use a lower ISO and shoot in lower light levels, giving you less grain and sharper images. As light is everything in photography, fast lenses cost more money. Read my full explanation of a fast standard lens in my 6 Camera Equipment Essentials post.

The shutter is effectively a little trap door behind the lens that opens and closes to let in light in order to convert it into an image.

Shutter speed is how long the shutter is open. It’s measured in fractions of a second (though you can create exposures in whole seconds in very low light conditions, e.g. to photograph the night sky).

Slow shutter speeds will be affected by camera shake unless a tripod and remote are used. A shutter speed of 1/60 (one-sixtieth of a second) is about the slowest speed that the average person can take a photo without being affected too much by camera shake, so the faster the better if you’re not using a tripod. Slower shutter speeds can be used effectively to record movement in the object if a tripod and remote is used to keep the camera steady. The image above was taken using a shutter speed of 1/2 (half a second) and I kept my head as still as I could and swayed gently to move the dress only.

White balance is what a digital camera uses to remove unrealistic colour casts when taking a photograph. You often find that photographs taken under fluorescent lights, for example, have a strange blue colour cast to them – this can be corrected by adjusting the white balance settings on the camera.

If the white balance has been adjusted accordingly, objects that appear white in person will look white in the photograph.

Hope this post was useful to you – any questions, let me know below!

P.S. Here’s a great article with some excellent photography tips and tricks:
20 Easy Photography Tricks That Will Make You a Picture Taking Master