A pink party dress for my mum’s 80th birthday party!

Firstly, I normally take outfit photos after (or during) whatever party/event/day out I’ve got going on because I’m terrible with turning up on time and photos usually have to wait until I’ve found a spare minute. However, this time I managed to do outfit photos first AND turn up on time (much to my family’s amazement)… and I’m so glad I did it that way round because even in the tiny screen on the camera, this dress looked so much better than it did in the mirror. When I got dressed at home I thought about changing, but I knew everyone had taken bets on how late I was going to be. That’s how bad I am at time keeping…!

There’s so many things I love about this outfit; the dress was a total bargain from F&F Clothing at Tesco (ten quid!!) which I saw featured on Sarah’s Paper Doll Party – I was lucky enough to win her voucher giveaway and this dress was one of the items I bought. My chunky gold and black Anna Lou of London crown cuff was the perfect piece of jewellery that was bold enough for the dress, yet it didn’t compete with the neckline embellishment. And when you’ve got a huge floaty scarf and a bit of sunshine, you gotta get twirling for your outfit photos, haven’t you.

Have you scored any incredible bargains recently? Or thought that an outfit wasn’t working, only to see in the pictures that it looked a whole lot better than you thought (it doesn’t happen that way very often though, does it…)? Do share in the comments! 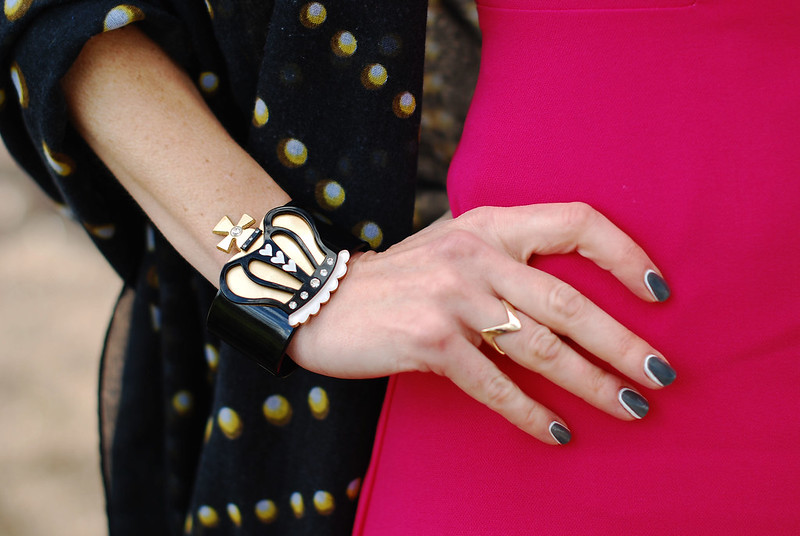 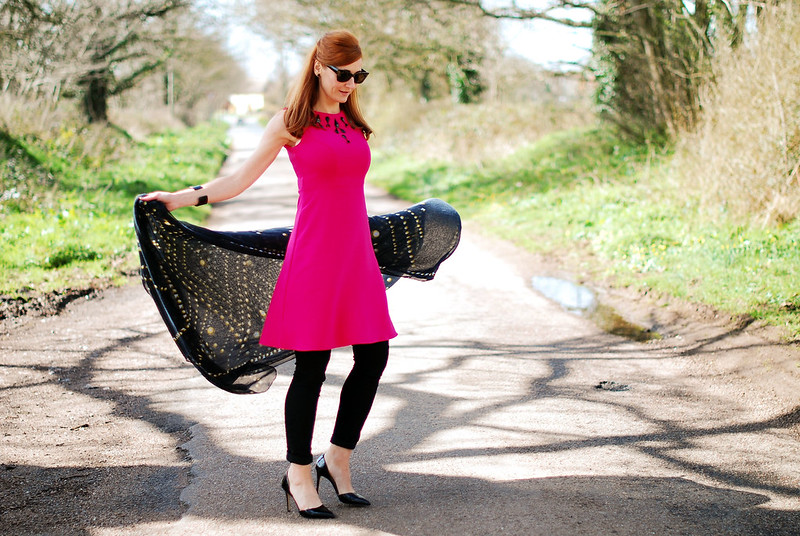 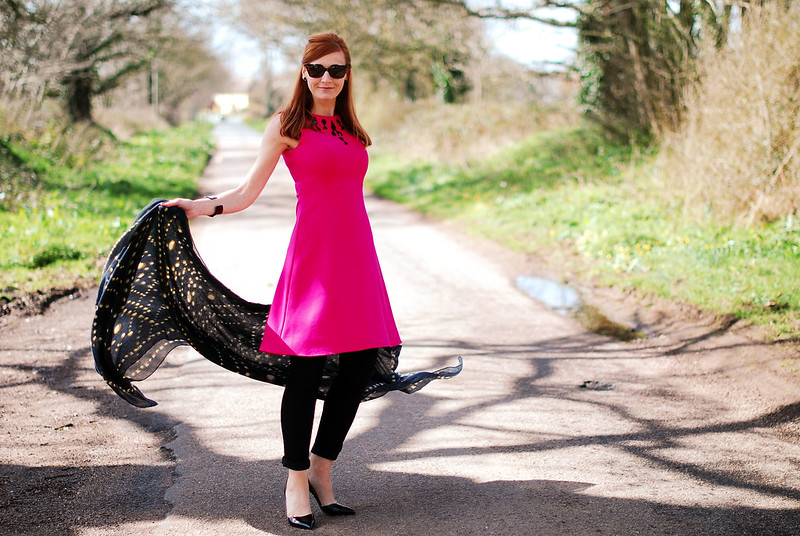 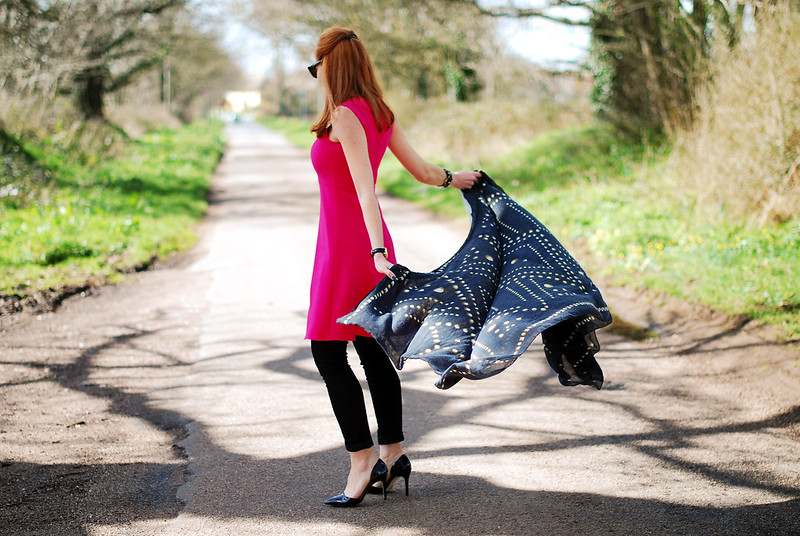 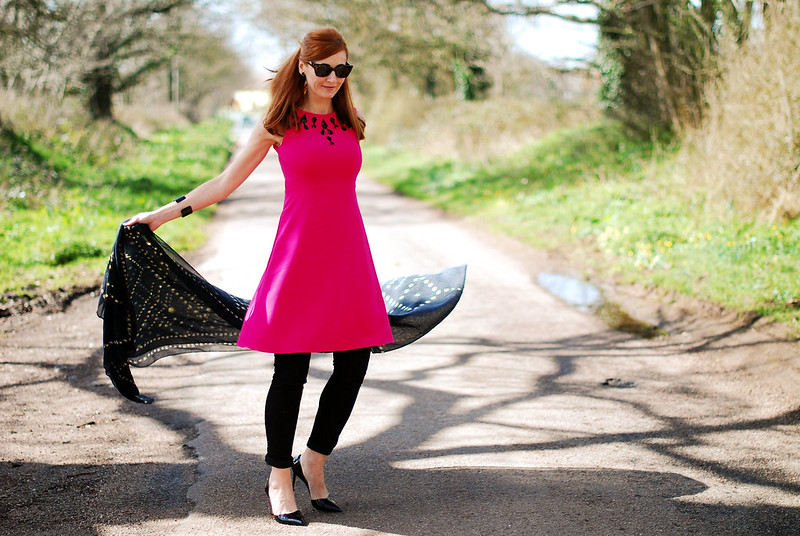 I am a brand ambassador of Anna Lou of London which means I’ve been gifted several items of jewellery; all opinions are 100% honest however.

RELATED  Now You Too Can Have the Perfect Summer Dress (or Five!) #iwillwearwhatilike