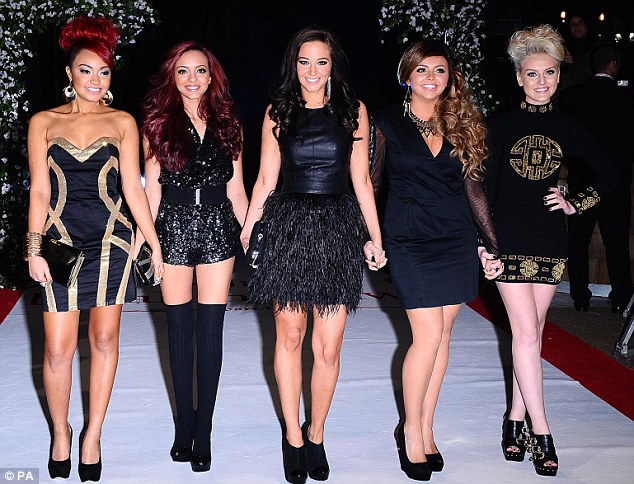 Q: Judging purely on appearance, which one of these X Factor girl band members do you think is the odd one out?

(The one in the middle is not in the band, she’s their mentor)

Okay… Do you think it’s the girl on the right because she has paler skin than the others? Er, perhaps the one with the over the knee socks, as the others have bare legs…(???) If you’re also struggling to come up with something, I’m glad. Believe it or not, one of them has had her appearance publicly torn to shreds recently (I know you wouldn’t guess exactly what it was that was criticised if it wasn’t for the title of my post) and I’m sure which girl is a mystery to you just by looking at this photo.

If you don’t watch the X Factor (UK), just to fill you in this is this year’s only girl group Little Mix, who are the first girl group in X Factor history to reach ninth place or above (at the time of writing they are through to the quarterfinals). It doesn’t sound much, but girl groups here are known for their unpopularity and leaving the competition early. [Watch Little Mix’s excellent performance from Saturday here.]

But when I saw how totally fierce they all looked at the London première of Breaking Dawn this week (above), I felt a sense of vindication for one of the girls. It’s hard to believe, but Jesy Nelson, second from right (with the fabulous honey-coloured curls), received a flood of disparaging comments a couple of weeks ago… about her weight. And not from the tabloids, either, but more alarmingly via Twitter, i.e. written by the British public themselves. It wasn’t the newspapers printing vile comments about her weight, but ordinary people casually tweeting 140 characters or less.

Before addressing the whole Twitter-used-as-a-forum-for-bullying argument, the obvious statement here is, what weight??!!! Personally, I see a girl that’s as cute as a button, with fabulous hair, and beautiful eyes. And great legs. (I don’t need to go on.) Objectively speaking, she has a round face shape, and she doesn’t look like she’s a size zero – more slim with curves and healthy looking – no weight “problems” in my eyes. So for anyone newly thrust into the crazy world that is celebrity, is that now enough to deem them worthy of receiving vicious comments about their shape and size?

We’ve all read a thousand stories in the press where celebrities are criticised for their weight. Too fat, too bony, over-exercised, overeating. But when it gets to the stage when the public are tweeting faceless comments about someone’s weight (or anything else to do with their appearance, whether it be size, hair colour, age, dress sense, etc.), I feel they’re worse than the journalists who at least put their names to what they’ve written. And let’s face it, Twitter is an easy-to-use, faceless medium for the average Joe to employ; you can use any moniker you like and not reveal who you really are.

So, of course, Jesy eventually read the comments on Twitter; most of us wouldn’t be able to help ourselves in her position. Thankfully she had the guts to talk about it on the show and shame the haters. It makes me sad to think that people are really, truly writing this stuff – who in their right mind would actually put time and effort into tweeting awful comments and not give a thought to the person to whom it is directed? Do they think they won’t read it, or that they deserve it? 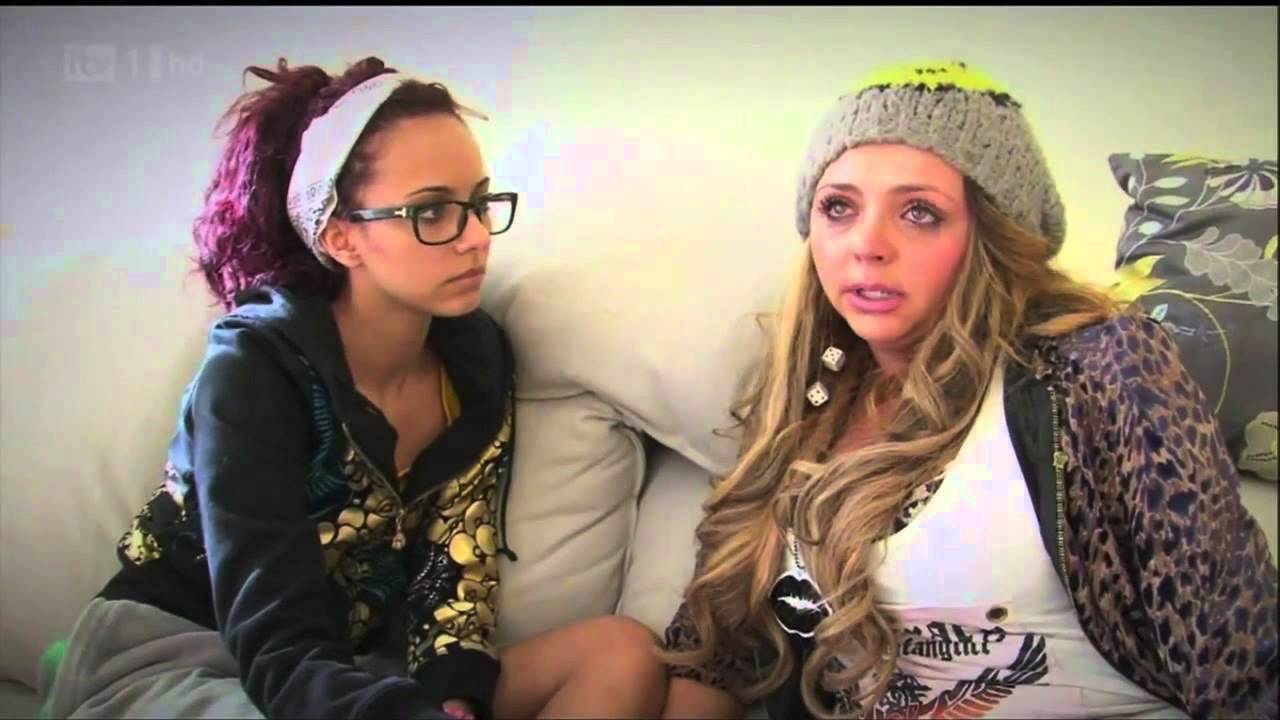 I have a hard time believing that these people exist in real life, I really do. But exist they do – in their thousands, it seems. Like others before her, the weight issue has been dumped on this lovely girl in a very public way. We all have issues with regards to our shape and size (or 99% of us I reckon) at different times, for different reasons. I can’t imagine what it must be like to have just one person very publicly criticising anything to do with my shape/appearance/weight, never mind droves of them. Solely for the purpose of this post I thought about reading some of the tweets about Jesy, but then decided against it. Why waste my time and energy – I’d rather spend my time posting a complimentary comment on someone’s blog and perhaps brighten someone’s day.

This is where I swell up with pride where (fashion) bloggers are concerned. I know I’ve had a brilliant day many times as a result of reading a wonderful comment on my blog. I am SO thankful to every person who takes the time to write something nice about me or my outfits – how rewarding is it to make someone’s day on the other side of the world just with a few words? I wrote a comment on a seasoned blogger’s post recently and she replied that it was one of the best compliments she’d ever had… how nice is that?? It made my day in return.

So thank you, fellow bloggers, for proving that our little community is a great one, and one to be proud of. I know that some people do post nasty comments on fashion blogs, and I’ve yet to experience that, but if/when I do I’ll kill ’em with kindness as they say… they’re only wasting their time trying to spreading their own unhappiness. After many years of reading revolting comments on YouTube videos (they’re the worst), blogging has totally restored my faith in the general public and it proves just how easily we can make each other feel fabulous. As for Jesy, I have a feeling she’ll have the last laugh because whether Little Mix win or not, I think they’re now guaranteed success after the show. With Twitter or blogging or any other medium that allows free commenting, I think as time goes on the worse the criticisms, the bigger the backlash.

The irony for the haters is that I think the twits tweeting about Jesy’s weight have only contributed to Little Mix’s popularity. Well, this girl group certainly has my full weight of support behind them.