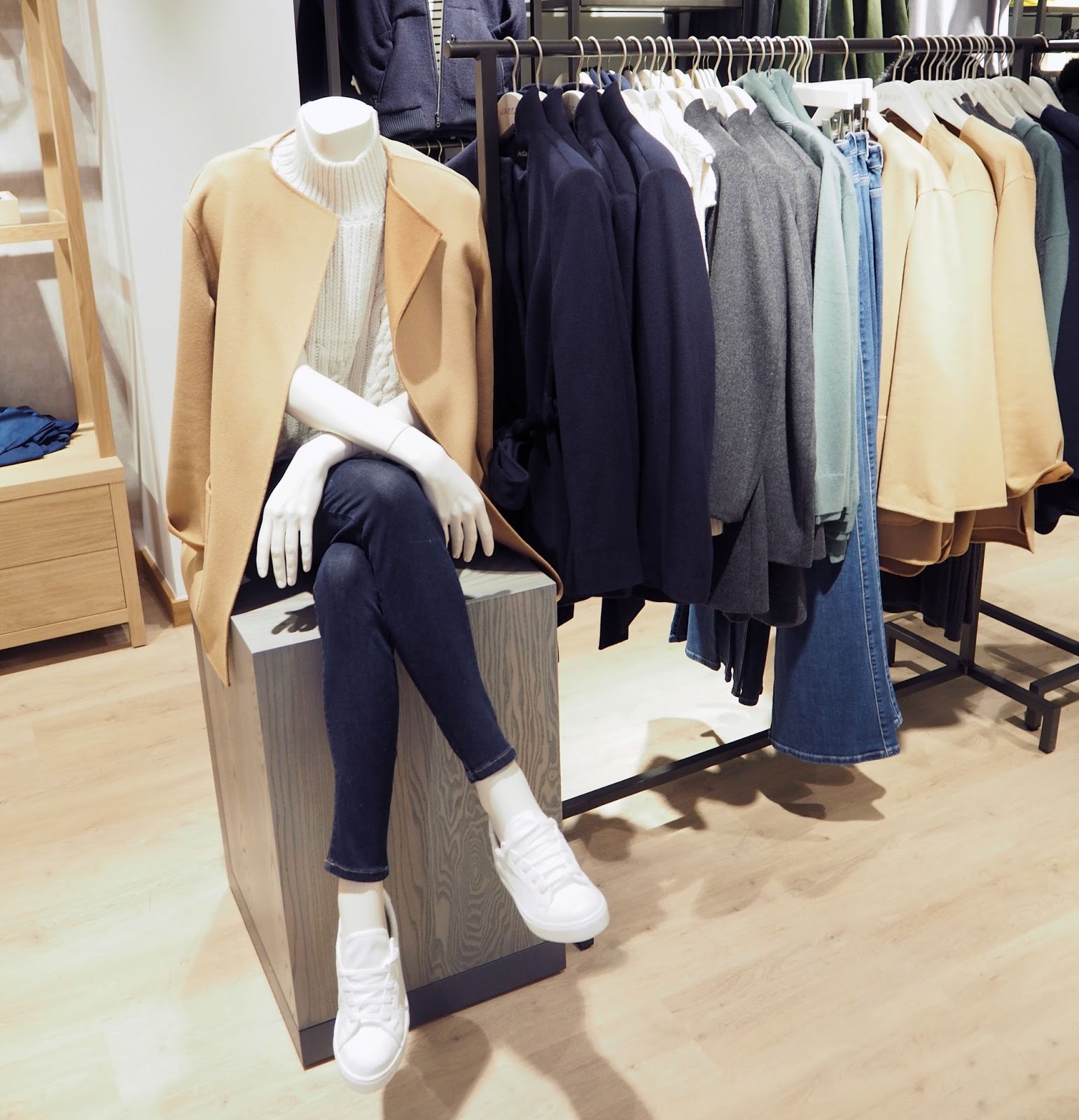 Just this week I discovered that fashion retailer Karen Millen was going out of business… What the?!

I was shocked that this happened three months ago and I hadn’t heard about it before now. I immediately had a thought: why are SO many fashion brands going out of business at the moment?

This news (to me, anyway) has come hot on the heels of the news that Jacques Vert, part of the Style Group Brands, was facing a potential decline into administration (although they’ve since been bought out). I worked with Jacques Vert last year so it was quite a shock to see a brand I’d collaborated with face a demise. Also, menswear brand Ben Sherman was declared bankrupt last year – another shock from the high street, and one of my husband’s favourites.

The biggest surprise, however, was Jaeger.

Jaeger – the brand that I had spoken of so highly back in October – was facing closure. Not only that, but it was a British brand that seemed to have been around FOREVER. It had, in retail terms: It was founded back in 1884 (that’s over 130 years ago). However, it collapsed into administration in April and from what I’ve read it seems they will now only operate online and from in-store concessions.

The news that Jaeger was going bust was a massive shock to me. I thought their clothes and accessories were absolutely divine… How could this happen? I’ve always loved just about every piece they’ve sold – I’d go on their website and want every. Single. Thing – and the same happened when I visited the new Marylebone store as part of my collaboration with them. The quality was beautiful, the colours were rich and flattering, the designs were modern. No longer the stuffy “old lady brand” they used to be, what they had been producing since their 2008 revamp was highly covetable.

So I was looking forward to an ongoing relationship with a brand I truly adored, but that was all over in a the blink of an eye (or a piece on the news). It’s a shock AND it’s incredibly sad.

Other fashion brands going (or gone) into administration

As I did a little research into which other brands had met the same fate over the past few years, I was amazed at how many well-known fashion brand names there were. Some have closed altogether, others have been bought out or similar, but they all fell into a financial crisis at some point. To name a few (remember this is UK):

This list is shocking – who knew that so many well-known names could go out of business? Many of them are still trading in some form or another, but all of them were listed as under threat of closure. And of course I’m talking UK retailers, but the same is happening to British brands in other parts of the world: Topshop has gone kaput in Australia, for example.

Topshop, of all places… HOW?!

Why is this happening so frequently?

I think it started in the UK a few years back when Woolworths closed its doors in 2008. How could Woolies, stalwart of the high street, go out of business? I used to buy my records there as a kid and can remember them selling CDs for the first time. I bought my pick n’ mix sweets there on the way home from school so I could eat them before I got home. Even when we bought our house in 2004 I went to Woolies and bought a few household bits and bobs we were missing. Thinking back even earlier, C&A (remember them?!) closed all its UK stores at the turn of the century. Sad times.

In the (recession) years that followed, other big high street stores closed their doors one by one: BHS, MFI, HMV… Most of them had been around forever too.

It’s as if the recession dealt the high street fashion industry an almighty blow, dishing out punishment left, right and centre. What’s really worrying is that no brand seems to be safe: Every year we hear of Marks & Spencer’s woes, and that’s despite me and many of my peers agreeing that M&S has some almighty pieces every season (like my super-popular floral tunic dress). Admittedly, it has a lot of drudge as well, so who knows what the answer is.

I’m worried that it’s the fast fashion brands that are taking over the high street, leaving quality and expert craftsmanship in the dust. Primark bought most of the C&A stores when they closed, which says a lot. Don’t get me wrong, I do mostly buy high street clothes at the cheaper end of the spectrum (Asos, La Redoute, Zara and River Island being some of my favourites), but I favour the higher-end brands such as Jaeger and Reiss when I’m a little more flush.

I have no answers myself – when I got the news about Jaeger I was absolutely STUMPED as to why this was happening. Did they alienate their core customer base by modernising? Maybe, but other brands have enjoyed renewed success by doing exactly that. A couple of years ago on the blog I wondered why is there so much negativity towards brands that target the older woman, despite her generally having more disposable income than her daughters.

That could have been a contributing factor where Jaeger was concerned, but they were using a lot of younger bloggers and influencers in their campaigns last year, so it goes against the grain a little.

So as I mentioned no brand seems to be immune to a sudden collapse. With all the recent talk about how digital influencers are generating millions in revenue for brands you’d think (the fashion) business would be booming… but it’s not.

I’m just keeping my fingers crossed that no more will meet the same fate.

HAVE YOU BEEN TAKEN BY SURPRISE BY THE MISFORTUNES OF SO MANY FASHION RETAILERS? COMMENT BELOW, OR TAKE IT TO TWITTER @NOTLAMB! 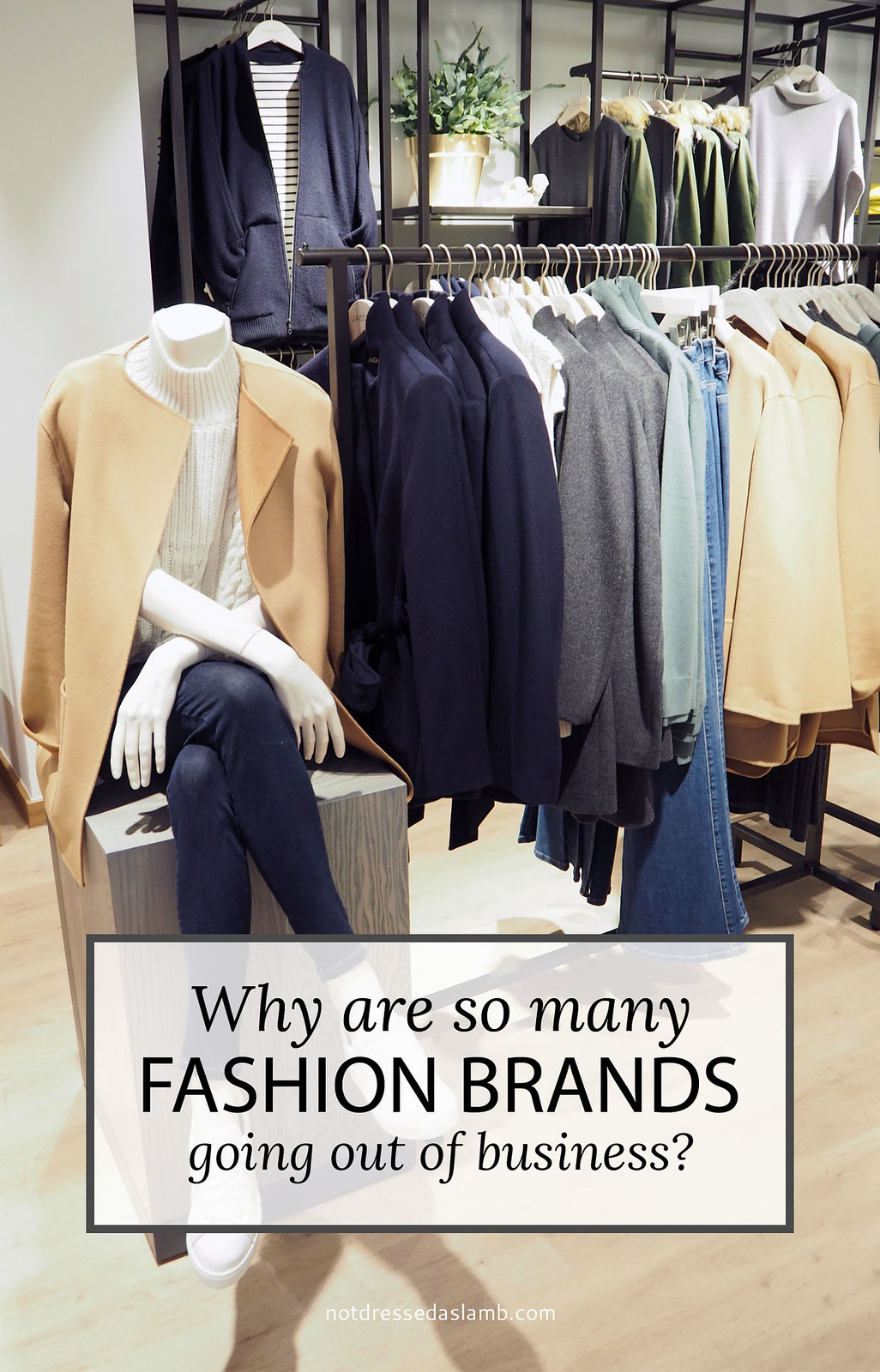