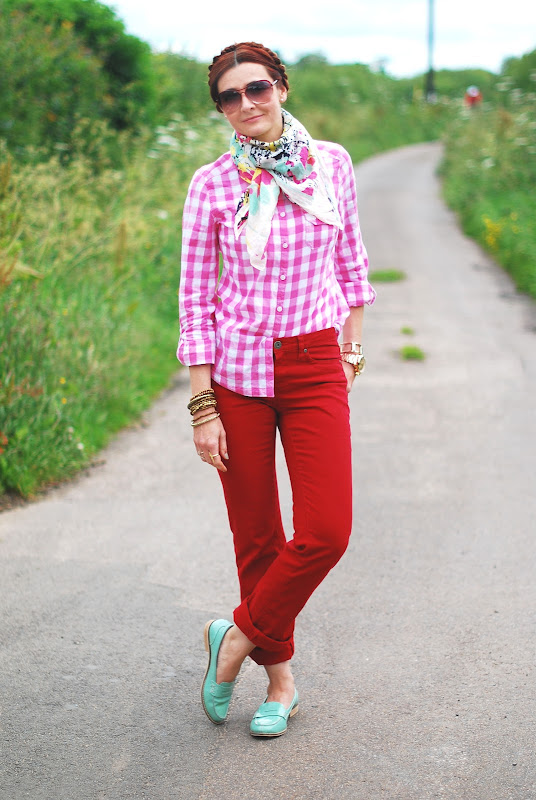 I called this post ‘European Brights’ because the day I wore it, my boss said to me “you look very… European“.

Then (after my quizzical look thrown his way) “…oh but very nice”.

This from the man who once described me to a supplier (who had met me once previously) as “the one with the crazy, but nice, clothes”.

A check shirt, coloured jeans and loafers aren’t exactly ground-breaking in the world of fashion blogging, but in an office on an industrial estate in SW England you’ve apparently got yourself once crazy-ass dressed lady. Me, I just feel normal. Normal, I tell you, normal!!!

Anyhoo, we saw the sun today for about five minutes so that’s good; I’ve confirmed the details for my birthday party so that’s even better; plus it’s Thursday (which is technically Friday Eve) – that’s the best news I’ve had all week!!!

Have any of you lovely people ever had your style described in some bizarre way by someone?? 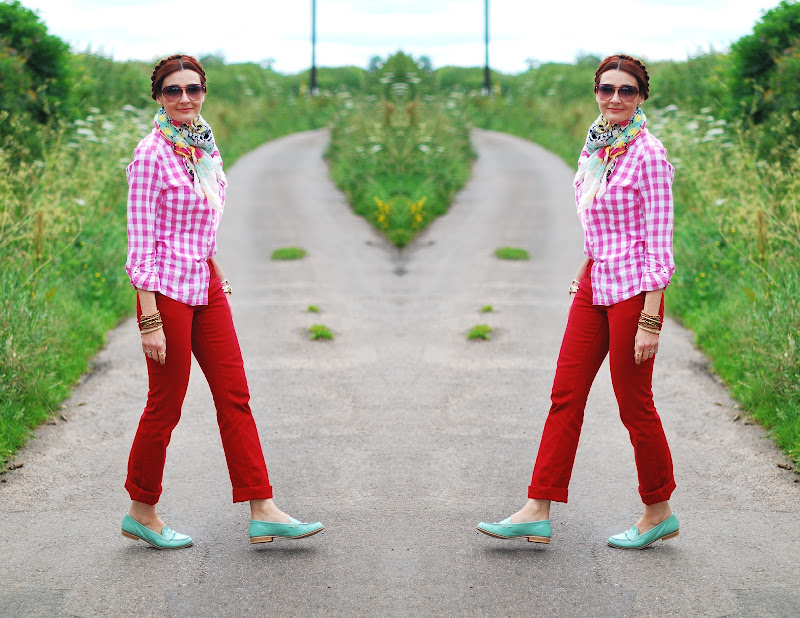 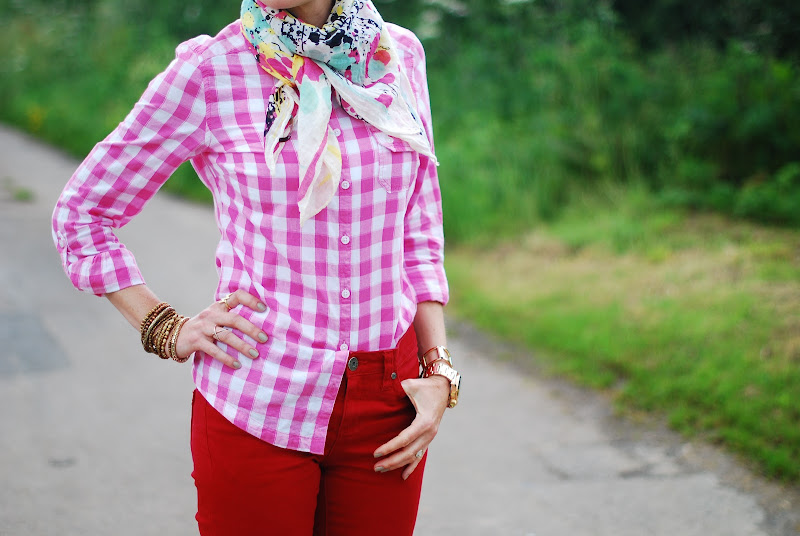 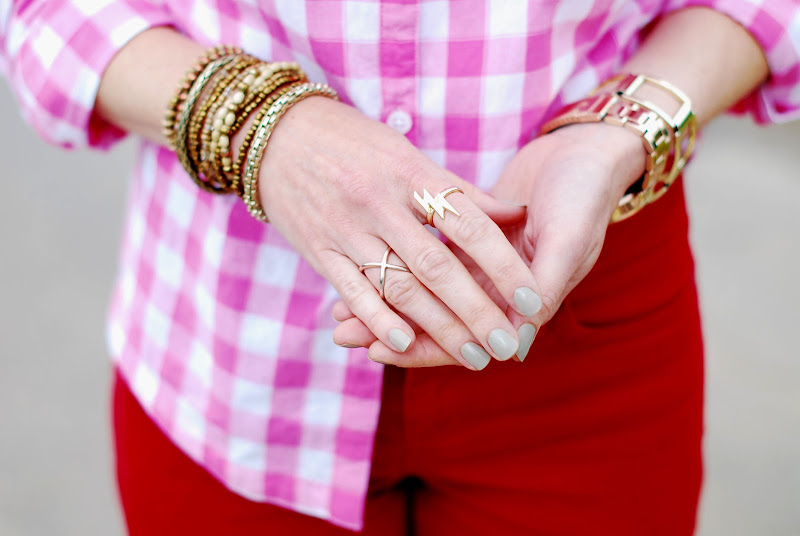 RELATED  The Catheriniest Raincoat of All Time