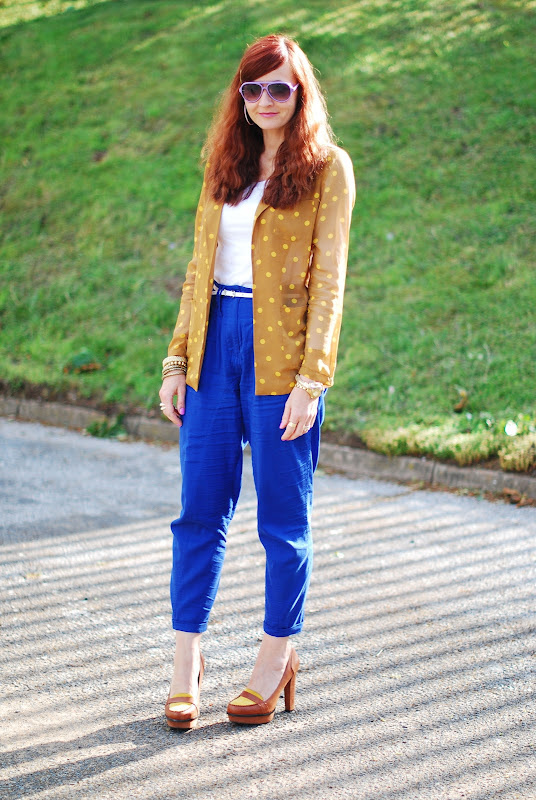 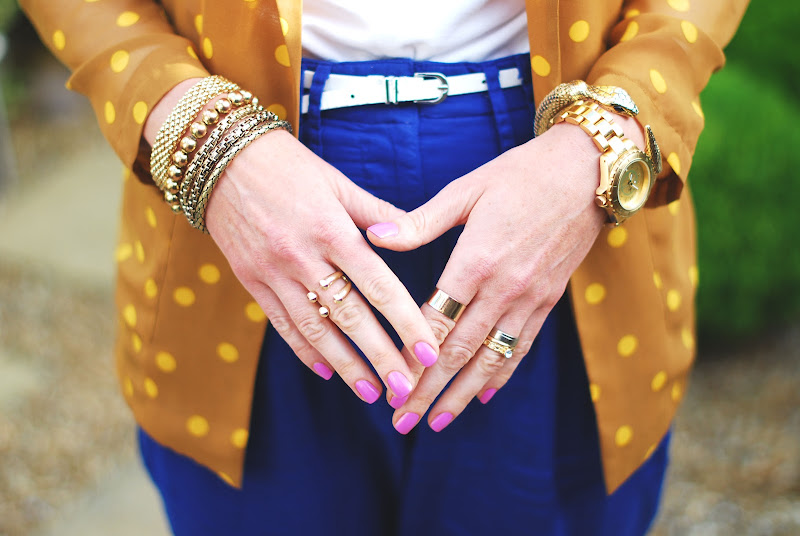 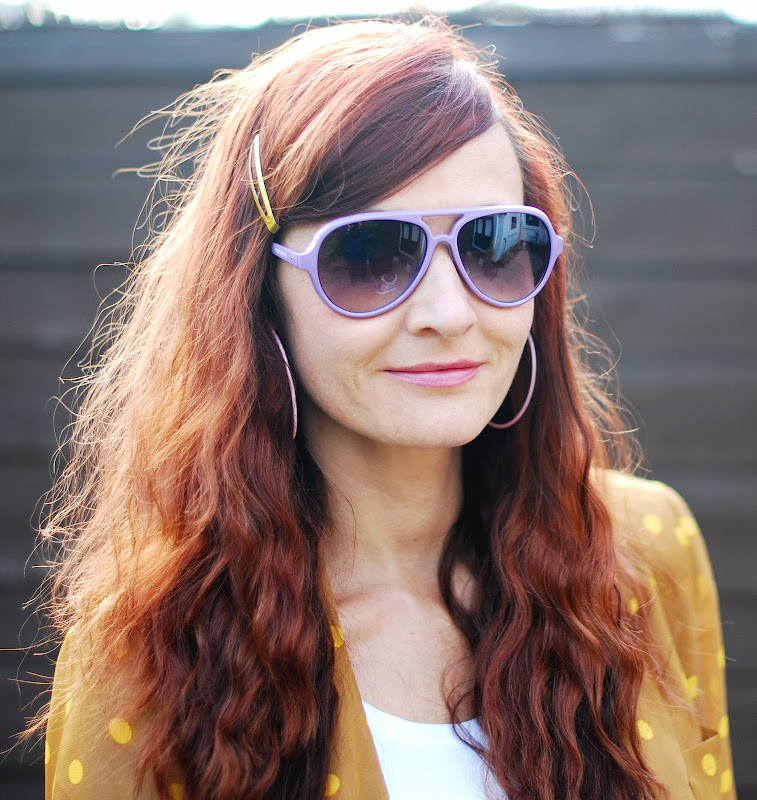 So this is what my hair looks like after the “Helga hair” of the last post… big and frizzy. I love the combo of the cobalt blue and mustard yellow with the starkness of the white – looks all clean and crisp and neat (which is why I let my hair down, to contrast with all that)! The Nine West loafers I bought before Christmas are turning out to be a great all year round shoe; it rarely gets hot enough for long enough in Blighty to have to wear flip flops for months on end. Though just a few days (in a row) when it’s that warm would be nice; pleeeease, Mr. Weatherman?


Not forgetting: a word of warning for all fashion bloggers. Never, ever, forget to pack a spare battery for your camera when photographing away from home. Otherwise it will die on you after you have taken about four shots… then you will have to finish the shoot at home (after a 20 minute drive back), in front of your garden fence, all the while hoping that the light doesn’t change massively, and that the set of photos won’t look strange because of the change of background. =sigh= Anyone else had that happen to them at an inopportune moment…?


Linking up to: Monday Mingle at Bonbon Rose Girls