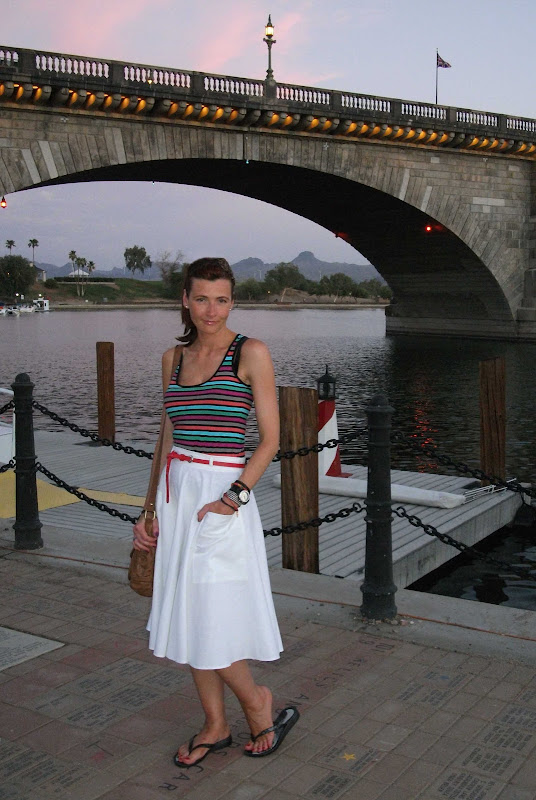 Another outfit from our holiday in the States: behind me is London Bridge in Lake Havasu City. As Londoners ourselves we had to go there to say we’d seen and walked over it… We were greeted by one of the most amazing sunsets I’d ever seen – the photo just doesn’t do it justice. Nor does it show how hot it was there, even long after the sun had gone down. I suppose that’s what you get when you go to a town in the middle of the desert! This was a slightly more dressed up outfit for going out to dinner that evening… my chicken was NOM.